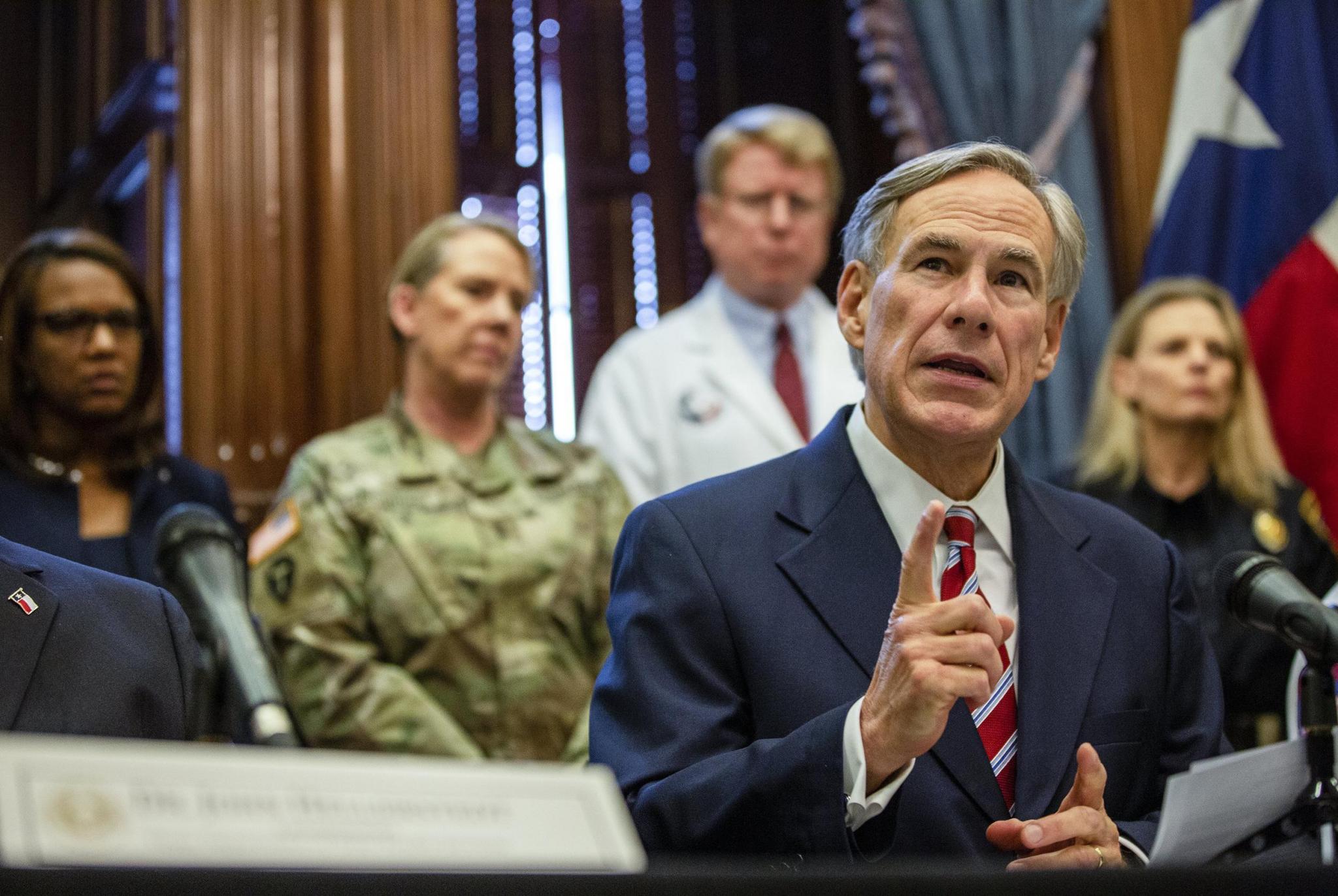 Gov. Greg Abbott on Monday said he will let the state’s stay-at-home order expire at the end of the month and allow businesses to begin reopening in phases starting Friday, the latest ramp-up in his push to restart the Texas economy amid the coronavirus pandemic.

Abbott said a second phase of business reopenings could come as soon as May 18 — as long as the state sees "two weeks of data to confirm no flare-up of COVID-19." That second phase would allow business to expand their occupancy to 50%, according to the governor.

Abbott made the announcement during a news conference at the Texas Capitol that began with him saying he would let the stay-at-home order expire because it "has done its job to slow the growth of COVID-19."

"Now it's time to set a new course, a course that responsibly opens up business in Texas," Abbott said, flanked by Lt. Gov. Dan Patrick and Texas House Speaker Dennis Bonnen. "Just as we united as one state to slow COVID-19, we must also come together to begin rebuilding the lives and the livelihoods of our fellow Texans."

Abbott said his new order "supersedes all local orders" saying those businesses must remain closed. But he stressed his order "gives permission to reopen, not a requirement," and business can remain closed if they would like to.

At the same time, Abbott said he is holding off on reopening certain businesses for the time being, including barbershops, hair salons, bars and gyms. He said he hopes those businesses can open "on or no later than mid-May."

Abbott's news conference Monday marked his second announcement about restarting the Texas economy amid the pandemic. He announced initial steps 10 days ago that included the formation of a task force, loosening of restrictions on medial surgeries, reopening of state parks and allowance of "retail-to-go." That option, which lets stores make deliveries to customers' cars or homes, went into effect Friday.

Since Abbott's April 17 announcement, Abbott has had to contend with a small but increasingly vocal faction of his party that wants him to act more aggressively to get the state economy going again. Abbott has also had to be mindful of President Donald Trump, who has agitated for an economic restoration but last week dinged another red-state governor, Georgia's Brian Kemp, for moving too quickly.

Democrats have continued to argue the state is woefully unprepared to reopen without a long-promised ramp-up in testing, which has not happened yet.

Abbott's announcement Monday came as the number of coronavirus cases in Texas reached at least 25,297, including 663 deaths, according to the latest figures from the Texas Department of State Health Services. Over 80% of Texas' 254 counties — 205 — are reporting cases.

At the same time, the DSHS numbers show there have been 290,517 tests done in Texas.