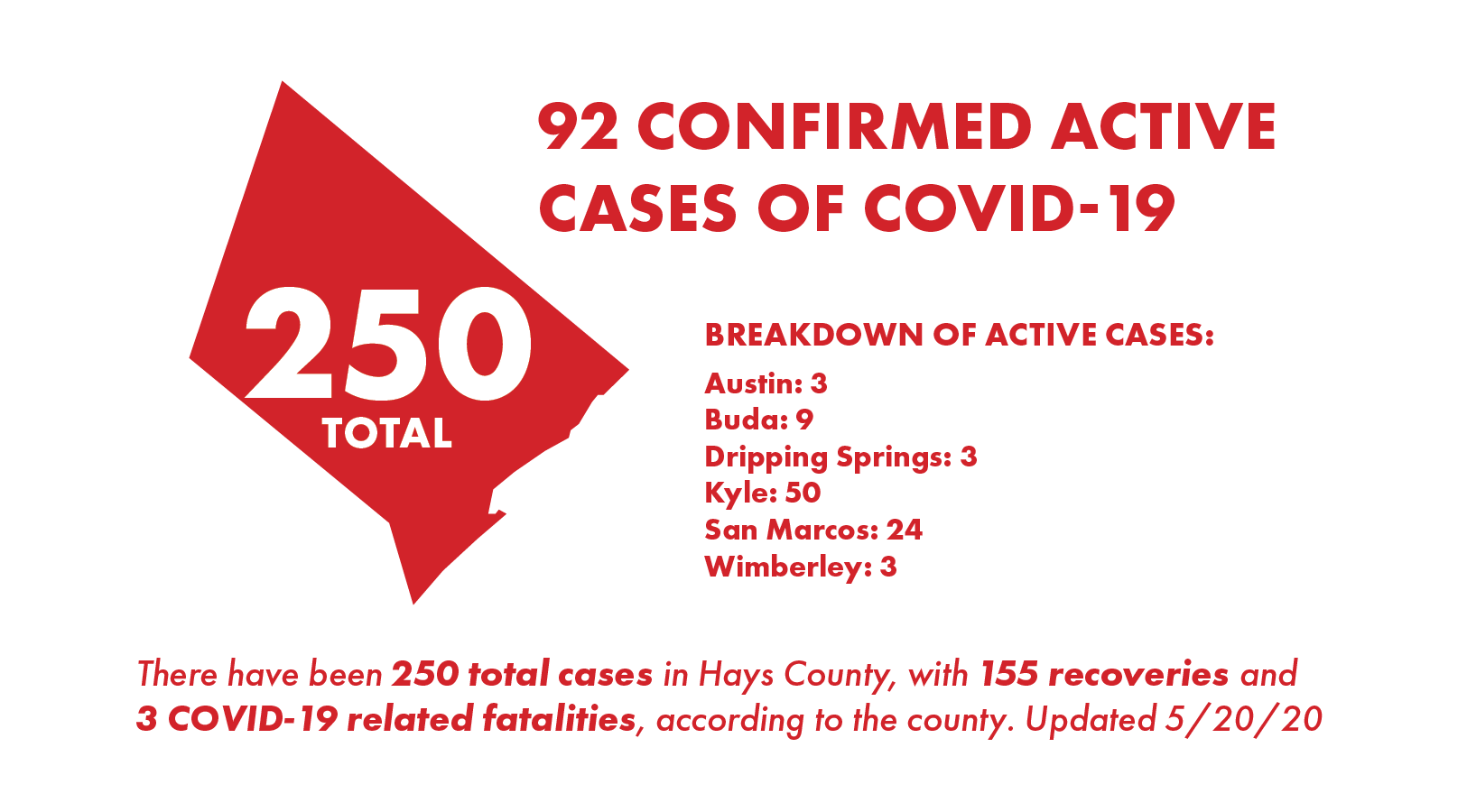 The county currently has 92 active cases and has seen 250 total cases, according to county epidemiologist Eric Schneider.

The Hays County Local Health Department has received 2,629 negative tests and has 254 tests pending. Schneider said many of the test results pending are from tests conducted at nursing homes. He also said Wednesday that 94 of the 96 tests conducted in Dripping Springs and Wimberley on May 10 came back negative. Only two results came back positive and those individuals have been quarantining since the day of the tests, Schneider said. One of the individuals who tested positive has already re-tested and came back with a negative result.

As of Wednesday, 155 county residents have recovered from the disease. There have been 27 hospitalizations caused by the coronavirus, including six current hospitalizations.

Hays County has seen three fatalities since the first positive diagnosis of the disease on March 14 — A woman in her 80s who was living with a relative in Buda, a Wimberley resident in their 90s and a San Marcos resident who was in their 60s. 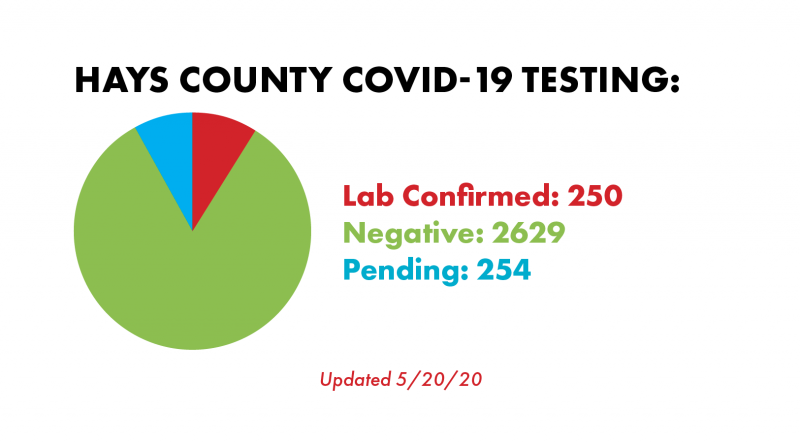 One-hundred-forty-three females and 107 males have been diagnosed with the coronavirus in Hays County.

The Texas Department of State Health Services reported Wednesday that 51,323 Texans have been diagnosed with COVID-19 and there have been 1,419 fatalities. The DSHS estimates that 30,314 Texans have recovered from the disease.

Symptoms of COVID-19 can appear between 2-14 days of exposure to the virus. Symptoms include fever, cough and shortness of breath. The Centers for Disease Control and Prevention states that people should seek medical attention if they display one or more of the following symptoms: difficulty breathing or shortness of breath; persistent pain or pressure in the chest; new confusion or inability to arouse; or bluish lips or face. The CDC recommends calling a doctor’s office or emergency room before going. Those who self-isolate with COVID-19 can leave self-isolation if they haven't had a fever for at least 72 hours (without the use of medicine that reduces fevers), symptoms have improved and it’s been at least 7 days since symptoms first appeared, according to the CDC.