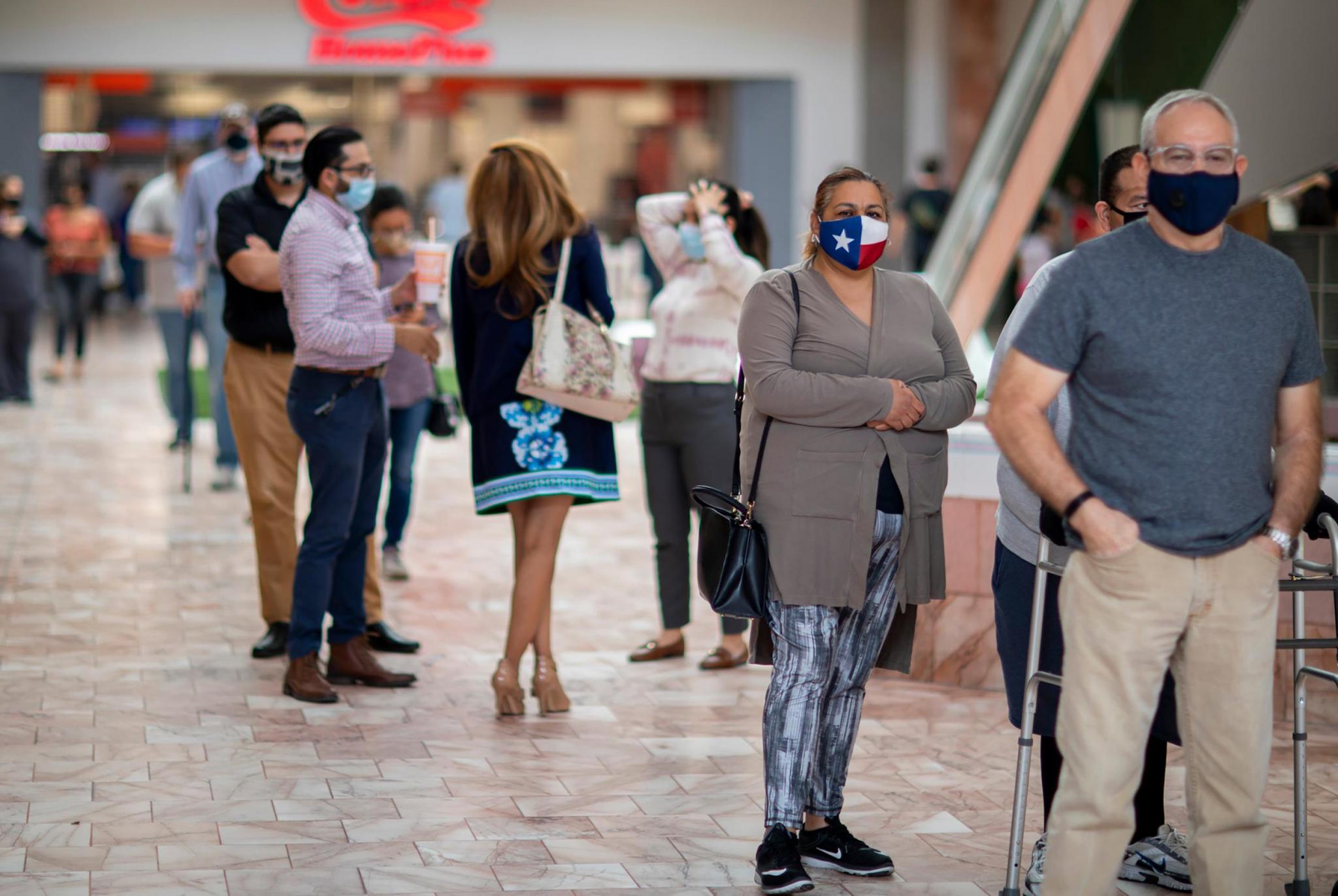 The number of voters who cast ballots in the Texas early voting period this year has now surpassed the total number of people who voted in all of 2016. Early voting ends Oct. 30 and Election Day is Nov. 3 Credit: Ivan Pierre Aguirre for The Texas Tribune

More than 9 million Texans have cast ballots so far, surpassing the state's total votes cast in 2016

Fri, 10/30/2020 - 11:02am
Texas' population is growing, and it extended its early voting period this year due to the coronavirus. Experts are predicting the percent of registered voters who cast ballots this year will be higher than it has been for years.
@TexasTribune
ALEX SAMUELS, MATTHEW WATKINS AND MANDI CAI | The Texas Tribune
Friday, October 30, 2020

The number of voters who cast ballots in the Texas early voting period this year has now surpassed the total number of people who voted in all of 2016.

By the time all the Election Day votes and mail-in ballots are counted, Texas will likely hit record-breaking turnout levels this election, surpassing 60% of registered voters for the first time since the early 1990s. The surge in votes is in part due to high turnout during early voting and increases in registered voters in Texas’ growing urban and suburban counties. But other factors of timing are also at play.

At Gov. Greg Abbott’s order, Texas voters received an extra six days of early voting in hopes that the polls will be less crowded during the ongoing coronavirus pandemic. The added time, coupled with a push from leaders in both parties for Texans to cast their ballots early, could be a reason for a boost in early turnout so far, experts say.

Texans’ voting habits have also been evolving over time. Since the 2008 election, more Texans have voted early than on Election Day.

The high number of early votes comes during an unusually competitive election season for Texas. Polls indicate that the presidential race between Donald Trump and Joe Biden is tight, with some national prognosticators calling it a "toss-up." Democrats are hoping to flip the Texas House, and as many as 12 congressional seats are being seriously contested.

The state doesn't collect party affiliation when Texans register to vote, so it's difficult to say what current turnout means for the election.

The Texas Tribune is a nonpartisan, nonprofit media organization that informs Texans — and engages with them – about public policy, politics, government and statewide issues. The original article was published at https://www.texastribune.org/2020/10/30/texas-votes-cast/.