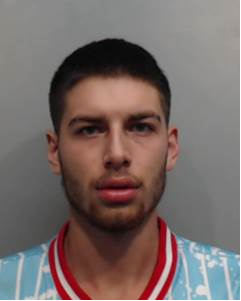 San Marcos Police arrested a man for a shooting incident at The Palazzo Apartments on Sunday.

Officers responded to a report of shots fired at 1011 Wonder World Dr., officials said. A male subject, later identified as Dominic Greene, 20, was chasing after another male. Several gunshots were heard, according to SMPD.

Greene was arrested on several charges: Unlawful Possession of Firearm by a Felon, Unlawful Carrying Weapon and Deadly Conduct Discharge Firearm. No one was injured in the incident, SMPD said.

According to an email provided to the Daily Record from The Palazzo Apartments, the incident occured around the pool and gym area of the complex.

“Police completed a thorough sweep of not only our community, but the entire surrounding area, in order to ensure there was no remaining threat,” the email stated.

SMPD said a second subject was located at The Cedars of San Marcos apartments — located at 1101 Leah Ave. Sunday.

“He was aggressive and uncooperative with officers but eventually admitted that he was the subject shot at by Greene,” officials said.

SMPD did not provide the second subject’s name.