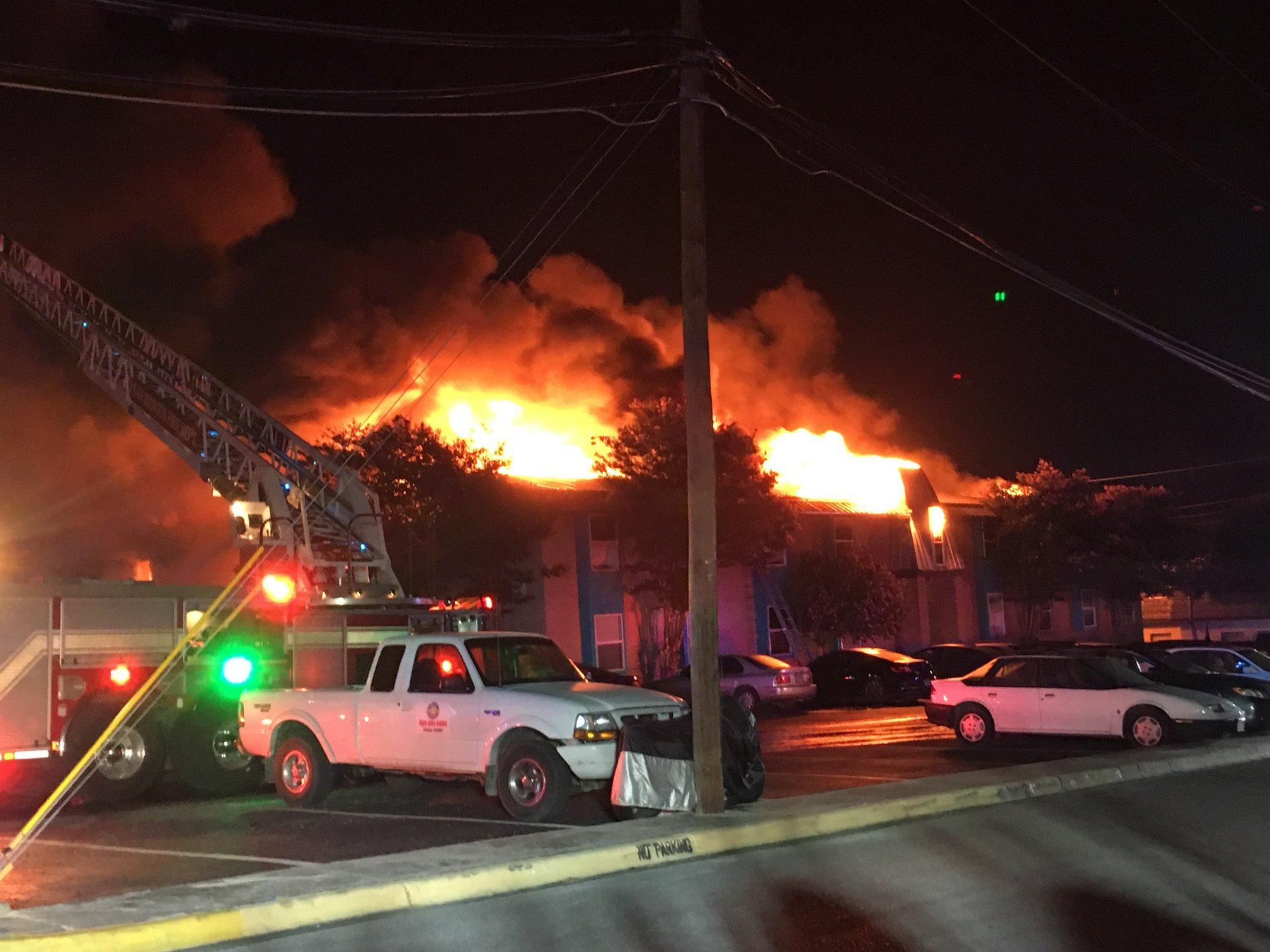 At a press conference Friday morning, San Marcos Fire Marshal Kelly Kistner said the initial call about the fire at Iconic Village came in at 4:27 a.m.

“The city of San Marcos responded quickly, very skilfully,” Kistner said. Wind was a factor in the spread of the fire to Vintage Pads, he said, and the size and closeness of the buildings posed a challenge in fighting the flames. However, he said, no single family residences near the apartments were affected by the fire.

As of 10 a.m., Kistner said operations were ongoing at the scene.

“The investigation hasn’t even begun yet,” he said, noting that other agencies including the state fire marshal and the Bureau of Alcohol, Tobacco and Firearms will be involved in the investigation once it does begin.

Six people reportedly were injured in the fire, but officials did not give any information on the extent of the injuries. None of the firefighters on the scene have been hurt, Kistner said.

Kristy Stark, communications director for the city, praised first responders for their work in keeping the situation from becoming worse than it was and also the apartment residents for their actions.

“Many residents went door to door getting neighbors out,” she said. “... And they were scared and also displaced.”

Mayor John Thomaides offered words of comfort to those affected by the fire.
“If you were injured, if you were hurt, we’re praying for you,” he said. “We feel for you.”

He added that the city would work with the Red Cross and “all the resources that we can” to help the injured and displaced.

He also praised first responders from San Marcos as well as the fire units from Kyle, Buda, New Braunfels, South Hays, Canyon Lake and Seguin who responded to the blaze.

“It’s one thing to hear about firefighters running into burning buildings,” he said. “It’s another thing to actually see that occur.”

The city opened a temporary shelter at the San Marcos Activity Center, 501 E. Hopkins St., for people displaced by the fire. Central Texas Medical Center is providing meals, and Red Cross personnel are on site. City officials said the activity center will be open as long as it is needed. A family assistance center will be established at Westover Baptist Church, 1310 Advance St., for people affected by the fire. The city has also set up a hotline at 512-754-2291 for people who need information about the fire and resources available to those who were affected. The San Marcos Regional Animal Shelter is also accepting pets for residents who were displaced by the fire.

Donations can be made online at the Blanco River Regional Recovery Team website. Visit www.br3t.org, click “Donate,” and enter the word “Iconic” in the comments.