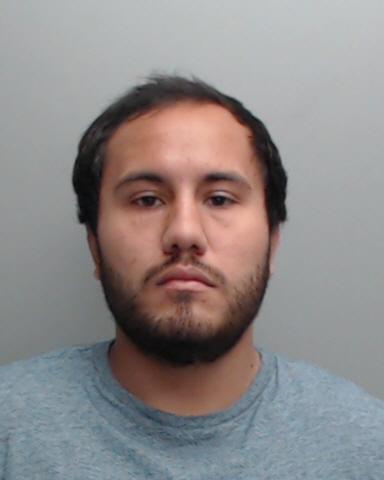 Suspect in fatal hit and run arrested thanks to citizen tip

A suspect involved in a fatal hit and run accident that occurred in February turned himself in after officers obtained a warrant for his arrest, the San Marcos Police Department said Thursday.

A warrant for “accident involving death” was issued for Antonio Rene Alonzo, 23, of San Marcos. He turned himself in for his involvement in an accident that occurred on Feb. 29, resulting in the death of Eligio Vasquez, 59. Police searched for a red Chevrolet truck that was believed to be involved in the incident. Police said an arrest was only made possible after a citizen recognized the vehicle and called with additional information.

“We’re thankful to the community for helping us solve this case which resulted in the death of Mr. Vasquez,” Interim Police Chief Bob Klett said in a statement. “Our condolences continue to go out to his family and friends.”

Following the incident, police said a 911 dispatcher responded to a caller who reported seeing a man laying on the edge of the road at the 200 block of S. Guadalupe Street on Feb. 29 at approximately 1:27 a.m.

Responders were able to get Vasquez’s pulse back and he was transported to Ascension Seton Hays in Kyle, however, he was later pronounced dead.

An initial investigation by the San Marcos Police Collision Investigation Team determined the incident to be a hit and run auto-pedestrian collision, officials said. The vehicle and driver involved in the incident were not located. Police say pieces of a vehicle were located and still photos were obtained from security cameras at surrounding businesses.

After Alonzo turned himself in, police reported that he was helpful and forthcoming to SMPD’s investigation. Officials said he was magistrated and released on a  $10,000 bond.