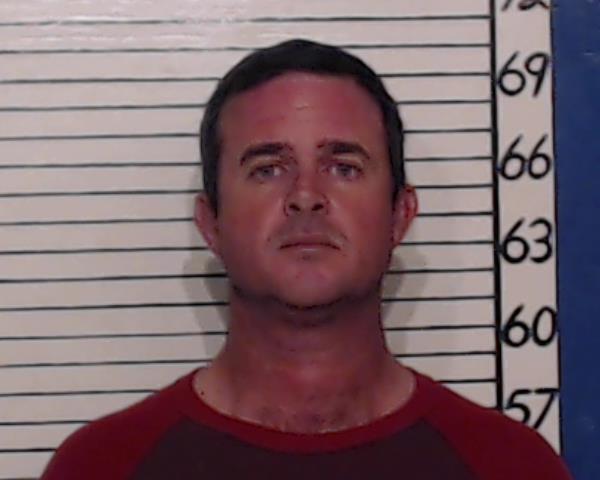 Photo from the Comal County Jail

Pence, 41, was arrested on charges of theft by a public servant more than $30,000 but less than $150,000 following an investigation, the city said Wednesday.

The city requested a criminal investigation following a report by Community Impact in December that showed potential improprieties committed by Pence. The investigation was initiated by the Texas Rangers with the assistance of the San Marcos Police Department Criminal and resulted in charges filed through the Hays County District Attorney’s office.

“Due to the serious nature of the allegations brought forth regarding financial improprieties, the city immediately began both a criminal and an internal investigation,” City Manager Bert Lumbreras said in a statement.  “Both of these are still ongoing and we are committed to following through and ensuring that all criminal activity is prosecuted to the full extent of the law.”

According to an arrest warrant obtained by the Daily Record, the investigation found two non-city related construction projects Pence was involved with where City of San Marcos funds were utilized. Additionally, records associated with nine city-related electrical jobs conducted between May 2018 and September 2019 show that Pence purchased $28,919.77 worth of copper wire from Elliot Electric Supply, which was unnecessary or utilized for any of the nine jobs. According to the warrant Pence sold approximately 4,500 pounds of copper wire between July 2018 and February 2019.

The first project investigators were made aware of involved the manufacturing of three concrete fire pits for Gruene Grove — a New Braunfels business. Pence was involved with the project between October and December 2019 and was paid $500 for materials and compensated $3,500 and $5,000 by bar trade. The warrant states that a city temporary employee, identified as Matthew Ramirez, admitted that Pence instructed him and two other temp employees to manufacture the frames that were later used during the construction of the fire pits at Gruene Grove around Oct. 16, 2019. Ramirez provided investigators documentation that showed Pence purchased the materials using a City of San Marcos account and city funds in the amount of $117.43. It was later found that nine chairs and one folding table located at Gruene Grove had attached stickers that contained specific information including dates, item numbers and shipping box numbers, which were traced directly to a City of San Marcos purchase totaling $451.18 on May 6, 2011.

The second project involved a residence in New Braunfels — 1105 E. Zipp Rd. — where multiple items were seized, which were believed to have been purchased by Pence using City of San Marcos funds. The items included 5-gallon paint containers, caulk, brushes and spackling, amounting to $644.06, according to a receipt from Sherwin Williams. Additionally, numerous cedar beams were observed making up a newly manufactured roof and carport, which according to the warrant directly correspond to a purchase made by Pence at McCoy’s utilizing the City of San Marcos funds on Aug. 3, 2019. The affidavit states that the purchases from McCoy’s totaled $2,426. The receipt documents stated that the materials purchased were for the City of San Marcos “Yard” but were not located at the “Yard,” the warrant stated.

The investigation found that property, materials and wire purchased with City of San Marcos funds cost $32,558.96.

“It should be noted additional examination is being conducted into multiple wire purchases and McCoy’s purchases made by Pence utilizing City of San Marcos funds and associated with materials believed to be unrelated to any City of San Marcos projects,” the warrant stated, adding that the affidavit did not contain all known information but only information needed to establish probable cause.

Deloitte & Touche, LLP has been contracted by the city to evaluate internal procurement process controls and compliance for maintenance and construction contracts overseen by Pence since 2015, the city said.

Pence was the city’s construction manager from May 15, 2014 until he was place on administrative leave on Friday, Dec. 13. The city fired him on Monday, Jan. 27.

“I’ve committed to our city council and to this community to fully investigate this situation,” Lumbreras said.  “We’ve put many new controls and measures in place including an internal procurement workgroup to ensure compliance with state law and we will continue to diligently improve our operations as stewards of the city’s finances.”

Pence was arrested Tuesday and booked into the Comal County Jail. He was released on $10,000 surety bond.

The investigation is ongoing and additional charges may come later.

This story has been updated since first publication.