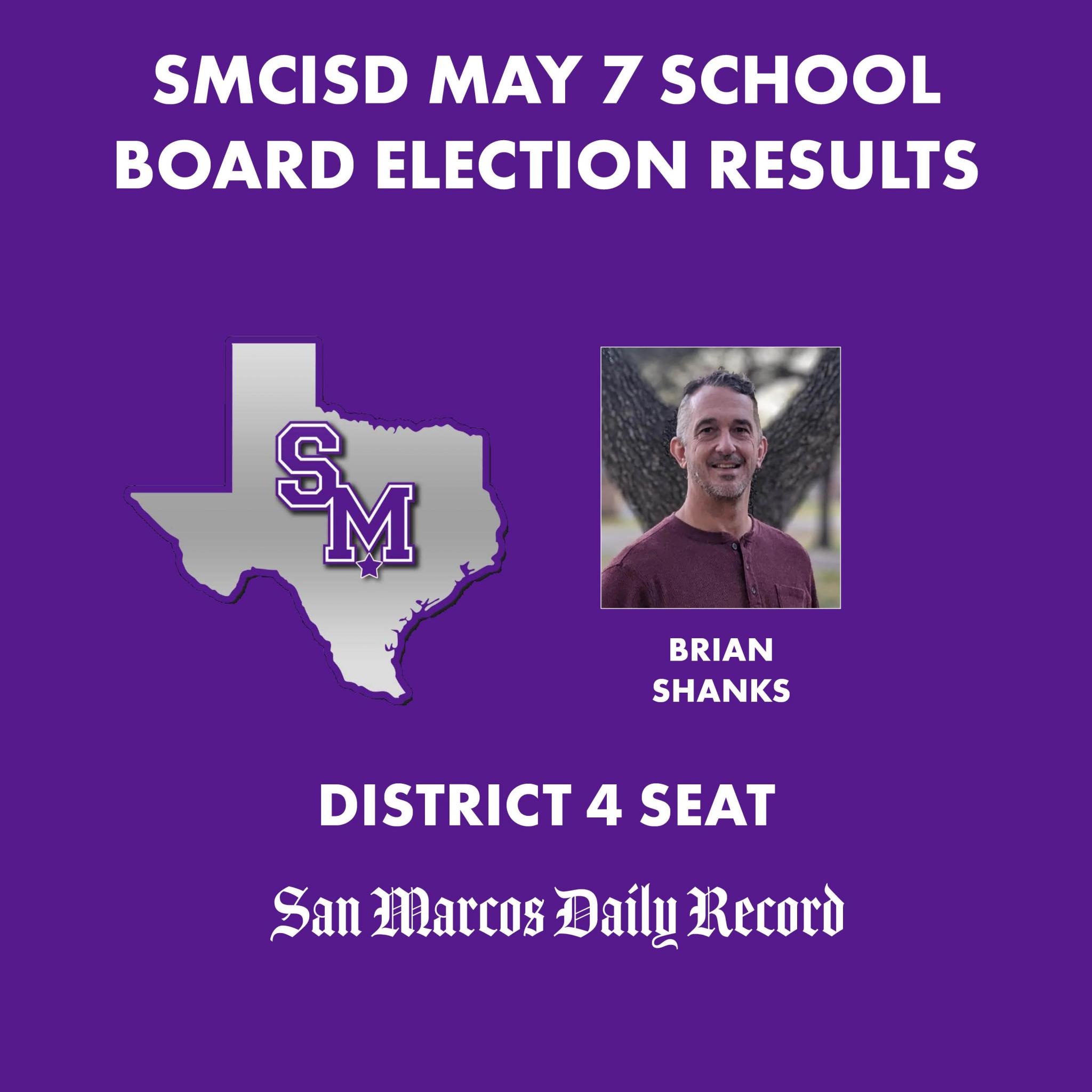 Brian K. Shanks has been unofficially elected to the San Marcos Consolidated ISD Board of Trustees. Daily Record infographic

Sat, 05/07/2022 - 10:54pm
Moore holds off concession to wait for all ballots to be counted as Shanks leads by 15 votes
Nick Castillo
Managing Editor
@Nick_Castillo74
ncastillo@sanmarcosrecord.com
Saturday, May 7, 2022

Brian K. Shanks has been unofficially elected to the San Marcos Consolidated ISD Board of Trustees. Gabrielle Moore, however, has not conceded the race, citing the need for all votes to be counted.

“First off I want to say thank you for all those that came out to the polls to vote,” Shanks said. “I am very proud that I received more votes than any single member candidate in the history of SMCISD. It shows  the community is engaged in taking back the district from people and trustees who aren’t focused on the kids and their education.”

Following Saturday’s result, Moore said she wouldn’t concede until every vote is counted.

“Tonight, more than any night, I hold in my heart nothing but love for this community and for all of my neighbors, whether they supported me or Mr. Shanks,” Moore said. “But because of the margin of less than 1%, I will not be conceding until every outstanding ballot is counted — that includes both provisional, mail-in, and any overseas ballots.”

“Election challenges are an insult to all of these folks, many of whom turned out for the first time to vote in a school board election,” Shanks said. “I will be at the meeting on May 16 to start my three-year term and serve our community.”

The Hays County early ballot board meets Friday and will release results the same day.

This story has been updated since its original publication