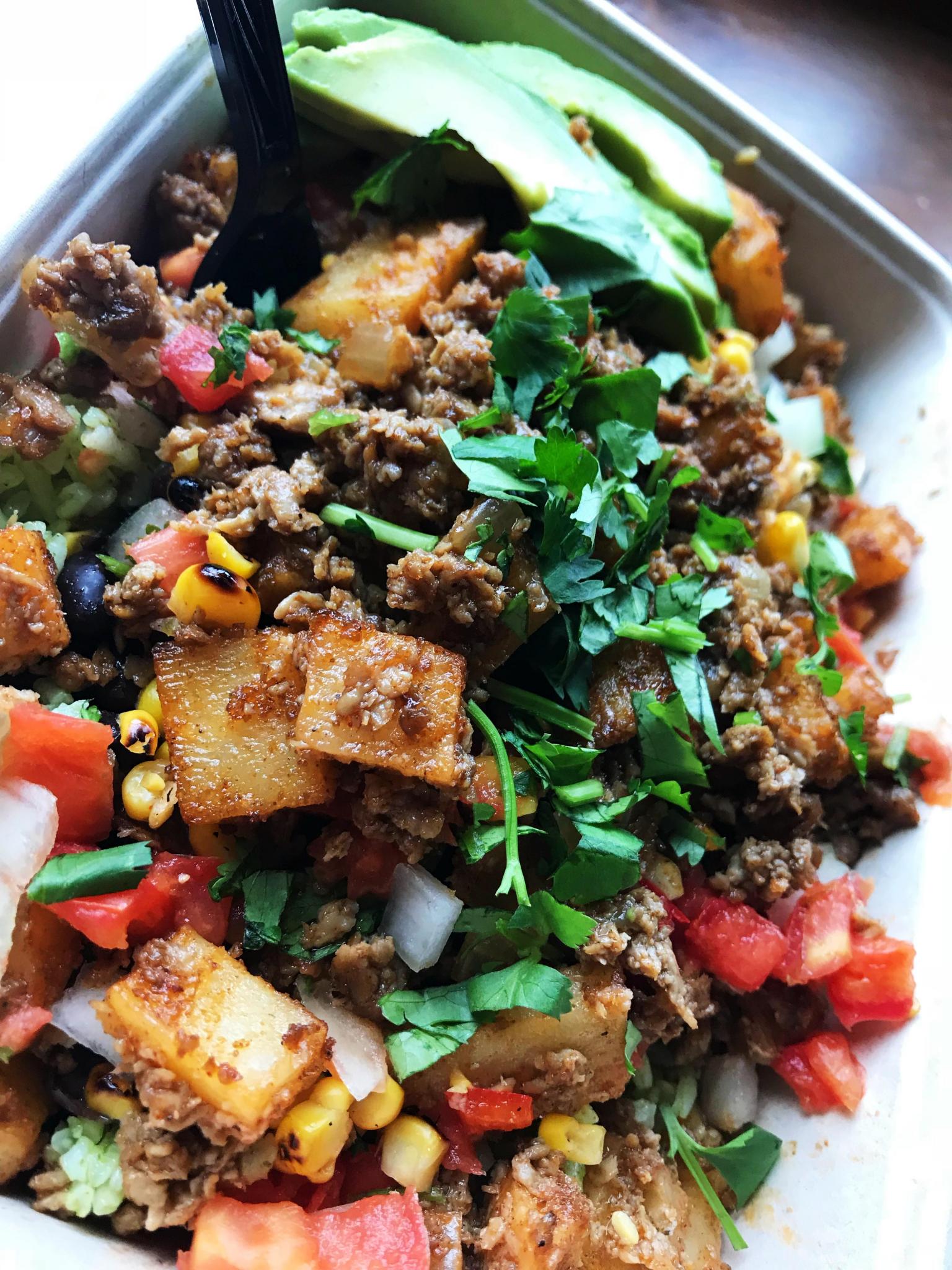 Freebirds World Burrito will offer double Fanatic loyalty points for all purchases of Beyond Meat, their  gluten-free, soy-free, plant-based protein mixed with potatoes and spices, every Monday in October and a  “buy three get the fourth free” promotion on Beyond Meat entrees in November. Photo courtesy of Bread & Butter Public Relations.

The promotion started on World Vegetarian Day, Oct. 1 and will run through World Vegan Month in November.

To kick off the campaign and encourage guests to participate in Meatless Monday, Freebirds World Burrito will offer double Fanatic loyalty points for Beyond Meat® purchases every Monday in October. In November –World Vegan Month – the Meatless Monday celebrations will continue with a “buy three get the fourth free” promotion on Beyond Meat entrees.

To ramp up its meatless protein options, Freebirds World Burrito added Beyond Meat’s plant-based Feisty Crumbles to the menu in July. Vegans and omnivores alike can enjoy Freebirds' Tex-Mex take on Beyond Meat in customizable burritos, tacos, nachos, quesadillas, bowls or salads.

Meatless Monday is a global movement with a simple message: one day a week, cut out meat for personal health and the health of the planet.

Founded in 2003, the Meatless Monday movement is now in more than 40 countries. It’s promoted in restaurants, hospitals, K-12 schools, colleges and universities. The movement’s supporters include celebrities, chefs, influencers, local and national media and more.