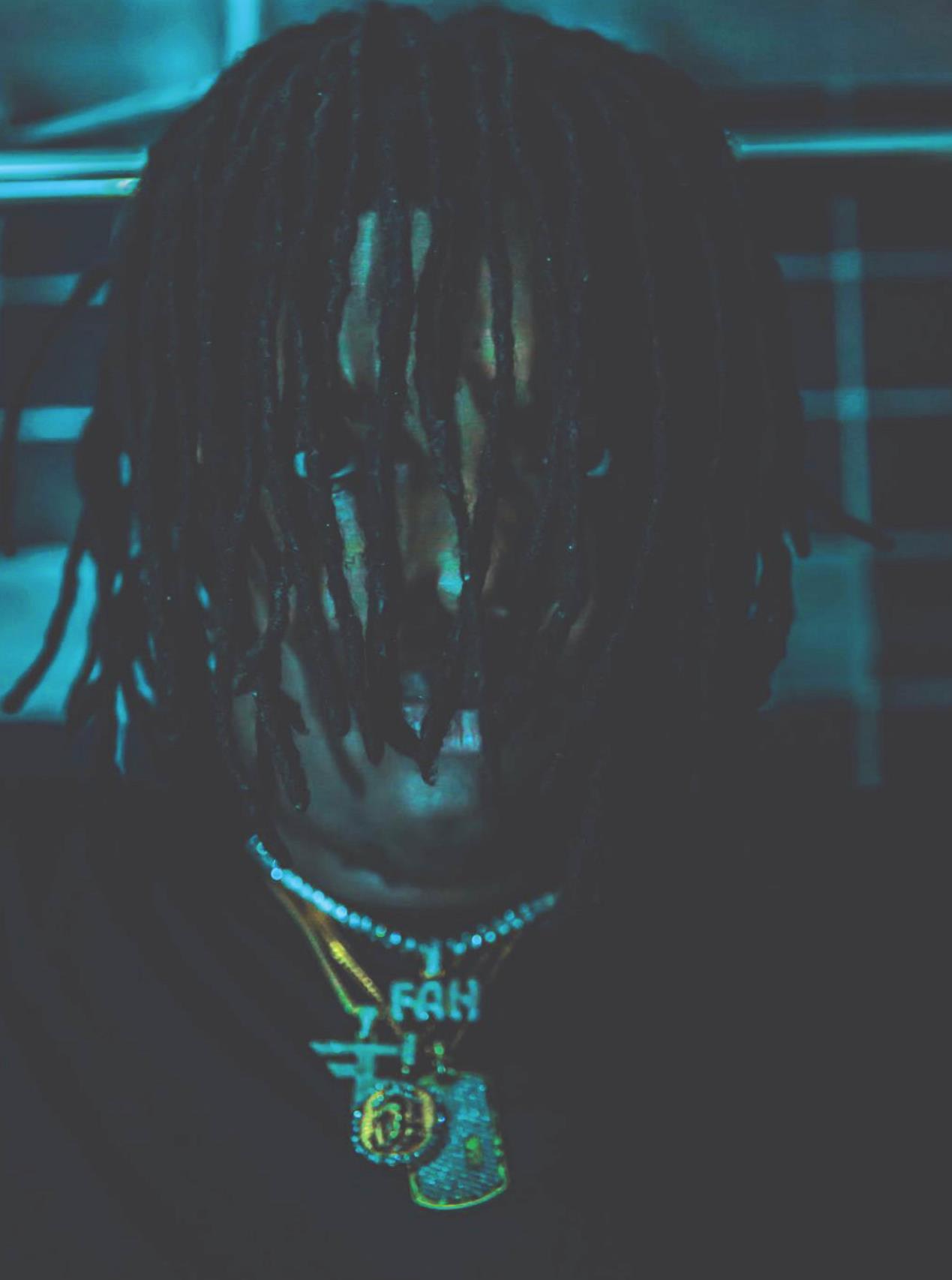 Texas artist Ruuch makes waves with his music as a member of the San Marcos hip-hop community. Photo by Snoopography 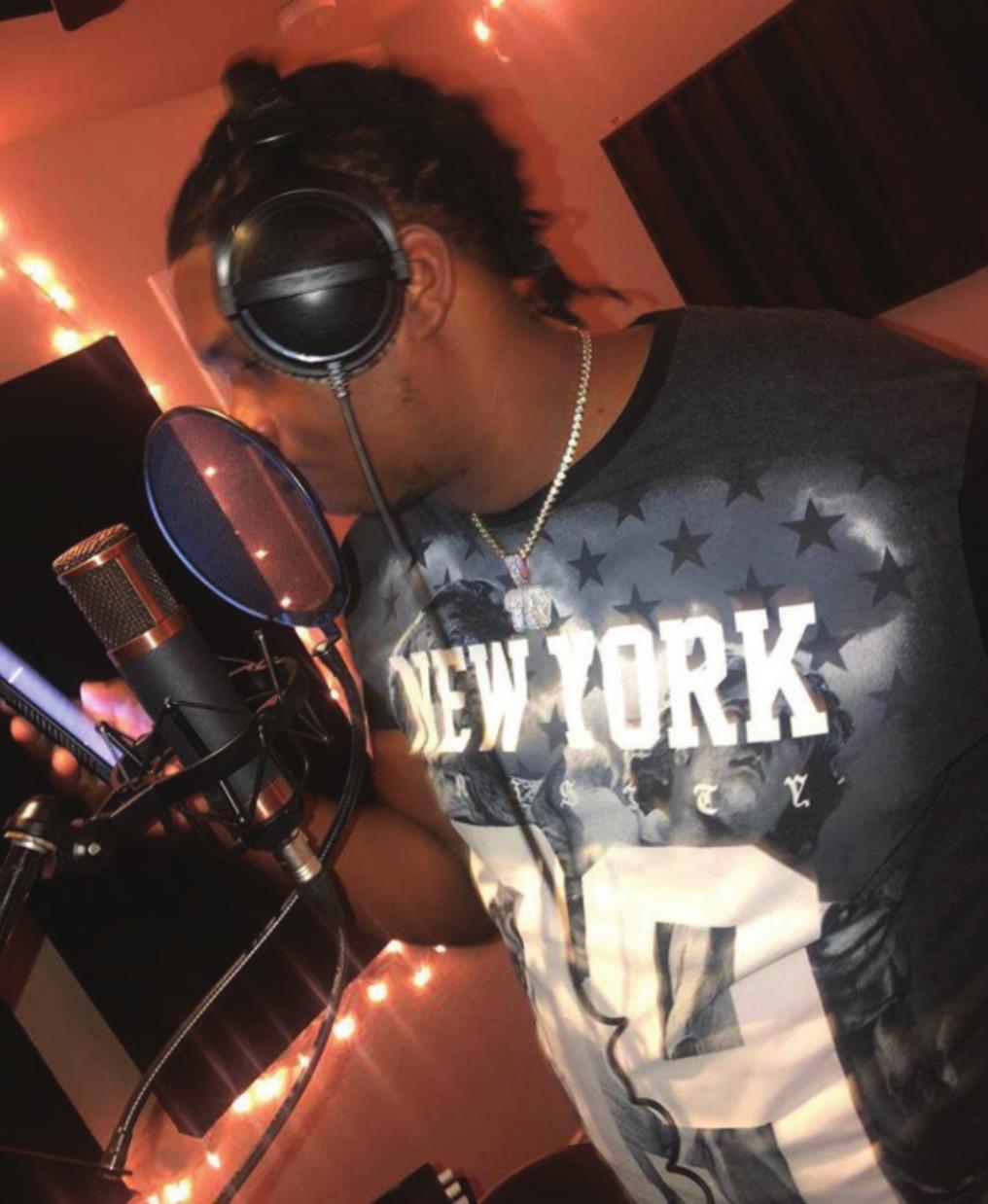 Art at work: Ruuch in the recording studio. Submitted photo

Everyone has an origin story. For artist and rapper K’ron Major, a.k.a Ruuch, it begins in the small town of Hopkinsville, Ky., but that was just the beginning of the ride that would lead him to San Marcos and the burgeoning hip-hop community here.

“In Hopkinsville, the neighborhood I lived in was gang territory,” Major said. “It was called the DA, which stood for Dirty Avenue.” Around age 5, his mom met a man, and the family relocated to Dallas. He and his brothers went to school, played sports and made friends, but when his stepfather went to jail, they returned to Hopkinsville where they would have tighter family support.

“When we moved back to Kentucky, my brother and I were a bit wilder,” Major said. “We were doing your average hood kid stuff. Older guys in the neighborhood would send us to the store with a list of stuff to pick up. I never got caught, but one of my cousins did. That kind of scared me.”

Major, who describes himself as someone to speak his mind, took that life lesson to heart as his family relocated again, this time to Decatur, Ga. “That was rough,” Major said. “We were staying in a house with about 12 others. No one had a car. The kids would go to the store at 1 in the morning when the food stamps hit. That was hard.”

Even so, Major talked about continuing with sports, starting his baseball career there at Towers High School. “It felt like a movie,” he said. “A bunch of bad kids who didn’t get along at first but then they came together…”

All throughout these formative years, Major talked about his family and friends who influenced him. He had an aunt i Decatur, Ga. who taught him how to freestyle rap. He relied on his friends in sports to keep him focused on what was important.

His freshman year, after his stepfather got out of jail, Major’s family returned to east Texas, this time settling in Tyler.

Though he was young — then a student at Robert E. Lee High School — his life experiences began to take shape, pointing him in a definite direction.

“I started working on music, taking it a little serious,” Major said. What began as a pastime among childhood friends soon grew into the desire to become a team. Originally calling themselves Squad, the group changed their name to FAH, which stands for Family and Honor and would eventually become a cornerstone of their unique creative brand.

While building a fanbase in Dallas and East Texas, Major went by the name K’Ron. It wasn’t until he moved to San Marcos that a friend gave him the name Ruuch.

“One of my friends that I met when I first moved to San Marcos came up with the slogan, ‘If it ain’t Ruuch, it ain’t raw,’” Major said, laughing. “So once he did that, I started liking it more and then everybody started saying it.”

Major and a few friends moved to San Marcos together five years ago, struggling when they first arrived to make ends meet as they got settled in.

“When I first moved to San Marcos, we were actually homeless,” Major said. “There were four of us. We couldn’t get approved for an apartment anywhere. We stayed in a hotel. We slept in cars. Twice I got sick really bad.”

Major got a job working at Smoothie King, and eventually began to learn how to manage his finances while building his brand and his music career. He met up with other local hip-hop artists, eventually forming TeamRaw and steadily growing from there.

“I started doing music around San Marcos, getting booked for my first show here at Wake the Dead,” Major said. He continued creating and releasing music throughout 2019 and into 2020, collaborating with artists such as BCtheicegod, JimmyThaGod and Rudeboy Voo. In 2019, Ruuch and TeamRaw landed a show at South by Southwest.

“We had one of the best shows,” Major recalls. “We went to Miami right after where we shot two videos. A lot of people knew me from the South by performance. People knowing me who weren’t even from Texas, that was really inspiring.”

Even though the pandemic caused Ruuch to miss out on return performances at the 2020 South by Southwest, he continued to produce music during quarantine. He dropped two tapes, 5 Shots and War. He’s been developing his YouTube Channel as well as working on his website and a clothing line. Health issues within his family, with his birth father, a grandmother and one of his uncles inspired Major to dig into his life experiences, prompting him to create some of his deepest music to date. Songs like Guardian Angel and Room 7009 speak of Major’s commitment and connection to the people in his life — the family and friends who have been with him all along.

Major does not take these relationships for granted and understands how important it is to have a team by your side.

“My fanbase has been growing,” Major said. “I’ve been getting a lot of great feedback.”

Major just finished his latest project, FAH Baby 2. “I feel like if people just take their time out and listen to the album start to finish, you will hear my whole life,” he said. “It’s different. You can hear the elevation.”

As for long-term plans, Major not only wants to make his own way in the music world, but — in keeping with his Family and Honor team motto — he wants to help other artists make it, too.

“One thing I noticed as a local artist, it’s a lot of good undiscovered local artists,” Major said. “I want to build an empire, one with everybody winning.”

Check out Ruuch’s discography on Spotify and Apple Music, and on Soundcloud at fahmusicgroup.