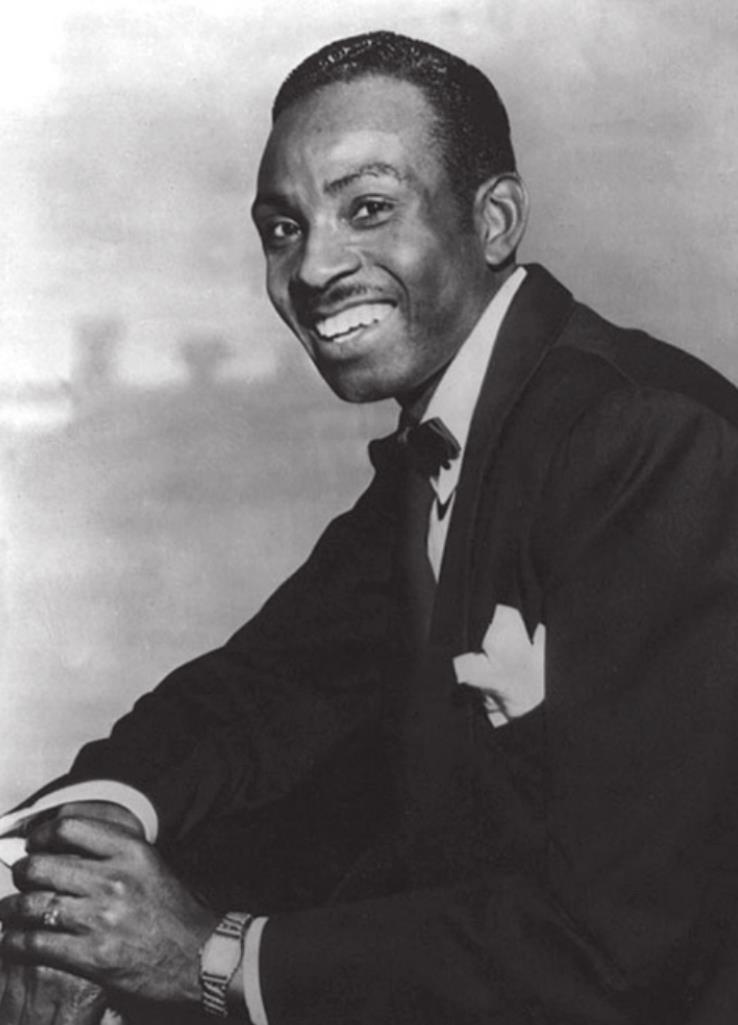 The Calaboose African American History Museum invites the public to its 5th Annual Eddie Durham Jazz Tribute on Saturday, Aug. 22, 7 - 10 p,m. CDT. Normally held in the Eddie Durham Park, on MLK Drive, the jazz tribute will take place online. Local fans who enjoy Eddie Durham’s music will be able to invite their friends from (almost) anywhere in the world to share this event.

The program will also include performances, interviews and a wealth of information about Eddie Durham, from New York as well as from San Marcos, recorded live for our event and from select archives. 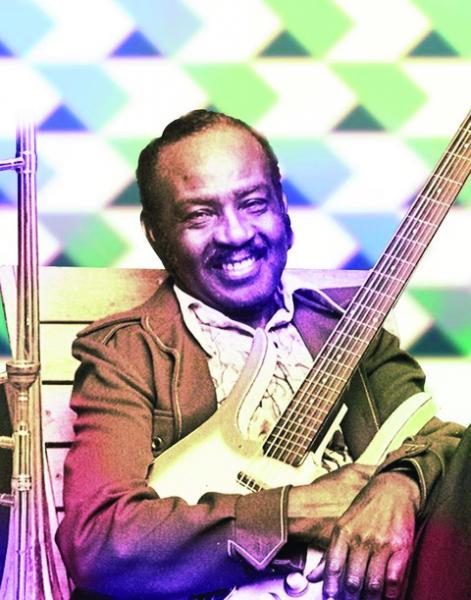 Eddie Durham was born in San Marcos on Aug. 19, 1906, the son of Luella Rabb and Joseph Durham, Sr. In addition to their African-American ancestry, his father was also part Irish and Mohawk, his mother was part Cherokee.

The Durhams were a musical family, and Eddie developed his natural talent playing multiple instruments with his siblings and cousins in the Durham Brothers Orchestra among other family ventures. Their music took them around and out of Texas, and Eddie’s career (which started at age 10) took him around the Midwest — Oklahoma City, Missouri, Tennessee and Kansas City — and in 1934 to New York, where he lived and performed until the end of his life in 1987.

The Calaboose has assisted in bringing this program together by Topsy M. Durham, Eddie Durham’s daughter and manager of his estate. She has been an essential partner in sourcing the best performances, interviews and photographs for this event. 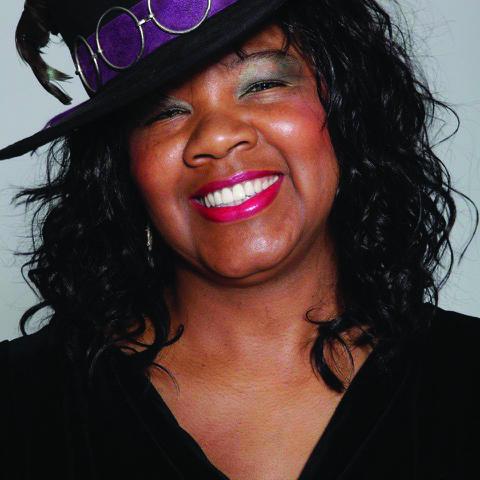 Eddie Durham will be honored in San Marcos’ annual jazz fest Aug. 19, organized by the Calaboose Museum with the support of his daughter, Topsy.

She will soon be e-publishing her father’s definitive biography, “Swingin’ the Blues: the Virtuosity of Eddie Durham.” Topsy has visited San Marcos several times to assist with earlier Eddie Durham festivals and as a guest of the Calaboose founder, the late Johnnie Armstead.

She and her husband, Grammy nominee bluesman, Michael Powers, live and work in New York and are actively promoting this event across the New York jazz scene.

Jazz aficionados, historians and musicians who encountered — and some who played with Durham in his day — are universally outspoken about the impact he had on the success of numerous big bands such as Bennie Moten, Jimmy Lunceford, Count Basie and Glenn Miller. They credit him with having created the iconic attributes of swing music. His own musical compositions and arrangements of such classic tunes as “In The Mood,” “Moten Swing,” “Topsy” and “Swinging the Blues” have become standards.

Eddie Durham is also known as a pioneer — some say the inventor — of the electric guitar. A tinkerer, he began experimenting with homemade resonators and megaphones to amplify his guitar as early as 1929. He is credited with being the first to record on an electrified guitar when he was featured on the Jimmie Lunceford recording of his arrangement of “Hittin’ the Bottle” in 1935. Accomplished pianist David Durrah, 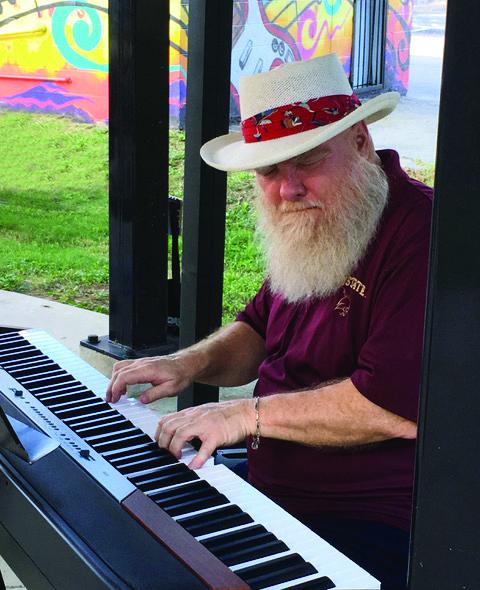 Pianist David Durrah (above) and Morris Nelms of Texas state will play at the festival. Submitted photos.

Accomplished pianist David Durrah, a regular performer at the National Jazz Museum in Harlem, had long known and admired Eddie Durham’s versatile talents as composer, arranger, inventor and performer on both the trombone and the guitar. Durrah will play several Durham favorites for the event.

The Harlem Swing Dance Society will also make an appearance — discussing the vital place that swing dance has held in Black culture — and invites everyone to move back the furniture and ‘cut a rug.’ 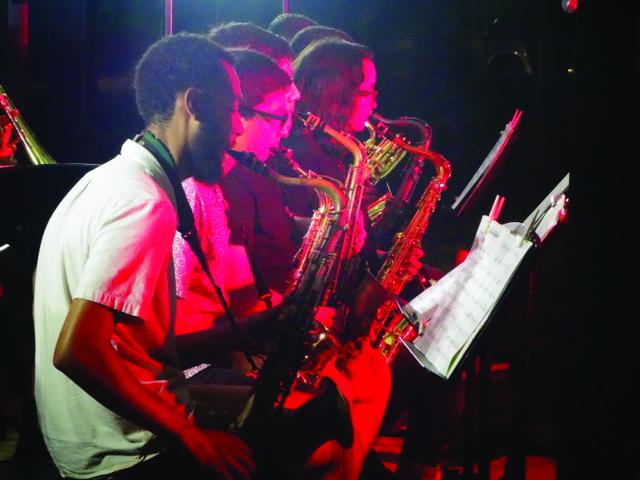 Players for the Texas State Jazz Studies program have been active in preserving the Eddie Durham legacy.

The Texas State Jazz Studies program has been extremely important in preserving Eddie Durham’s musical legacy in Texas. Their annual February Eddie Durham concerts began in 2004 and have become a staple of their Hill Country Jazz Festivals. Many of the local musicians who will be performing for this event have been students of that program; Morris Nelms is a professor emeritus of that program and plays regularly in their concerts as well as our tributes.

They have become a part of the “Sound” of our annual events and will be performing four original compositions which they recorded live for this event.

This event is always free and open to the public — this time worldwide. The person who can document attending the event from the farthest distance and the person who invites them will each win a prize.

The program will take place Saturday, Aug. 22, 7-9:30 p.m. CDT as a Watch Party on facebook.com/calaboosemuseum and on the Calaboose website: calaboosemuseum.org.

This story was submitted by Linda Kelsey-Jones