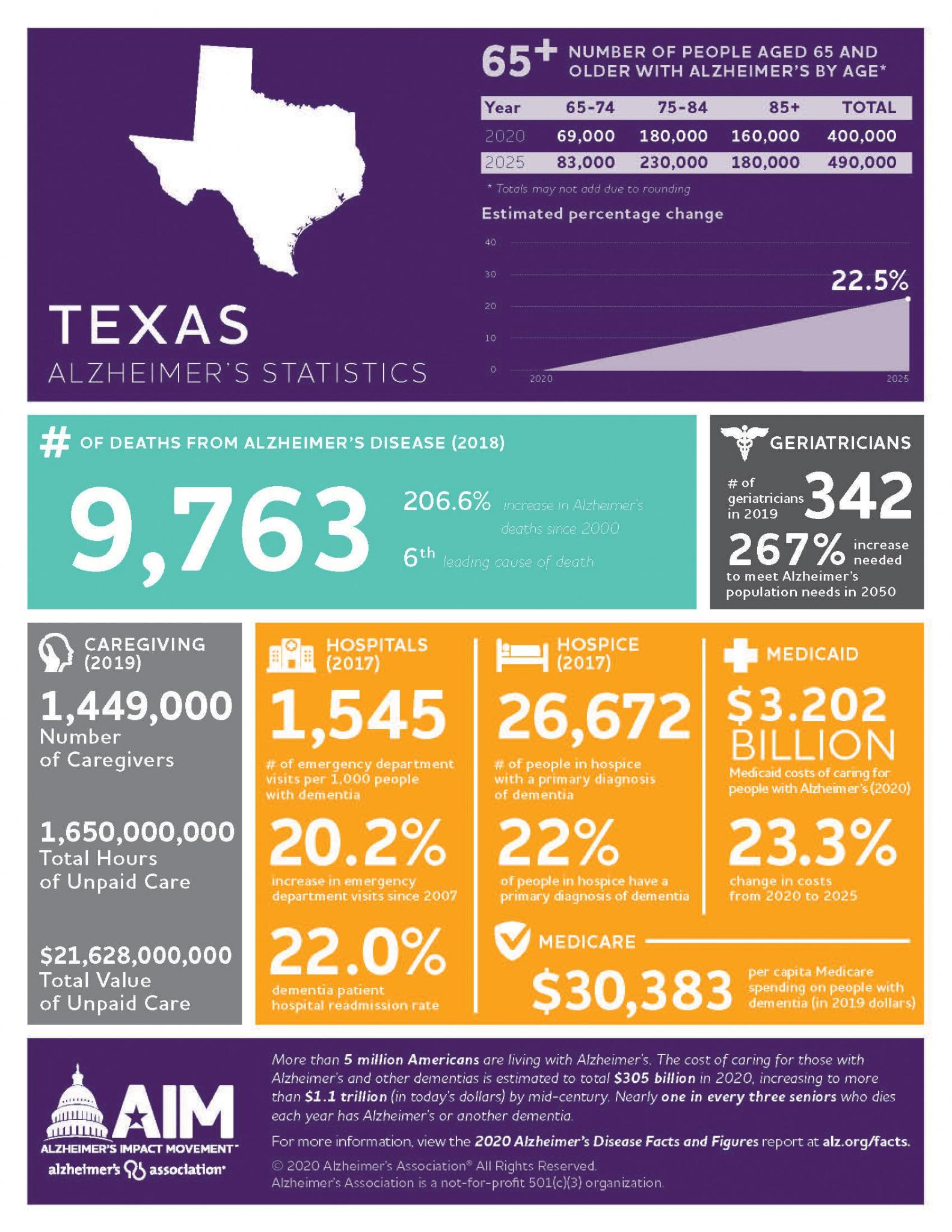 The Alzheimer’s Association recently released its 2020 Alzheimer's Disease Facts and Figures report, which provides an in-depth look at the latest statistics and information on Alzheimer’s prevalence, incidence, mortality, costs of care and impact on caregivers across the country and in Texas.

One of the biggest takeaways from this year’s report, according to the Alzheimer's Association, is that the Alzheimer’s burden in the country and Texas continues to grow.

Additionally, this year’s special report examines primary care physicians’ and the medical profession’s readiness to meet the growing demands for dementia care in America. The report found that 82% of PCPs say they are on the front lines of providing dementia care, but not all are confident in their care for patients with Alzheimer’s and other dementias.

“The perspectives of primary care physicians raise an important alarm regarding the current reality and future of dementia care in this country,” said Joanne Pike, Dr.P.H., chief program officer, Alzheimer’s Association. “The number of Americans living with Alzheimer’s and other dementias is increasing and primary care physicians, who are the front line of providing care, are telling us the medical profession is not prepared to meet the future demand. The Alzheimer’s Association is committed to working with physicians, health systems, policymakers and others to develop strategies and solutions that ensure timely, high-quality dementia care is available for all who need it.”