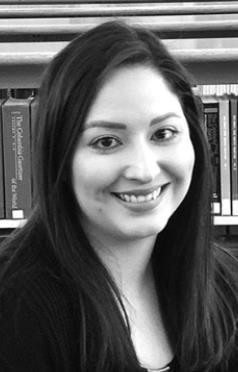 Q. What is Lunar New Year? How is it celebrated?

A. Lunar New Year occurs the day of the first new moon of the lunisolar calendar. Celebrations often last fifteen days and end with the first full moon of the lunisolar calendar. In 2021, the Lunar New Year or first new moon is on Feb. 12, and the first full moon is on Feb. 26. This celebration is known as Chun Jie in China, Tét in Vietnam, and Seollal in Korea. It is colloquially referred to as Chinese New Year in the United States and other Western countries to distinguish it from the Gregorian calendar New Year celebrated Jan. t.

In China, Chun Jie, also known as Spring Festival, is a fifteen-day celebration that begins on New Year's Eve (this year on Feb. 11) with a family feast called a reunion dinner. This dinner is full of traditional Lunar New Year foods such as fish, dumplings, spring rolls, Nian Gao (sweet rice cake), longevity noodles, and more. People give red envelopes (known as hongbao in Mandarin and lai see in Cantonese) containing money to children, family members, friends, and employees as a symbol of good luck. The celebration typically ends with the Lantern Festival, occurring on Feb. 26 this year. During the Lantern Festival, people go out to look at the moon, send up flying lanterns, have a meal, and enjoy time together with family and friends.

In Vietnam, Tét, short for Tét Nguyên Đán, which means Festival of the First Morning of the First Day, is a threeday celebration, but can sometimes last a week or more. This is a holiday for family members to reunite, celebrate the arrival of spring, and pay respect to ancestors. Normally, the family will cook together and make traditional foods like spring rolls, Vietnamese sausages, bánh tét or bánh chung (sticky rice with meat or bean fillings wrapped in dong leaves). Families will also decorate ancestral altars with a Mam Ngu Qua, also known as a five-fruit tray. The tray is symbolic of the fruits of a family’s hard work throughout the year, which is given to their ancestors as a sign of respect and gratitude.

In Korea, Seollal typically lasts three days beginning New Year’s Eve and continuing until the day after the New Year. Traditionally, Korean families gather at the house of their oldest male relative to pay respects to both ancestors and elders. Families participate in a ritual of ancestor worship referred to as Charye, which includes prayers and offerings for the ancestors and eating ritual food called Eumbok. During Eumbok, families ask ancestors for blessings in the new year. Sebae is another New Year’s tradition where children and students bow to their elders and receive small gifts of money.

There are many other celebrations of the Lunar New Year not mentioned here, but what they all seem to have in common is the idea of starting anew with blessings and good luck in the new year. Even if you don’t typically celebrate the Lunar New Year, here is another opportunity for you to sweep out the bad luck of last year and usher in some blessings.