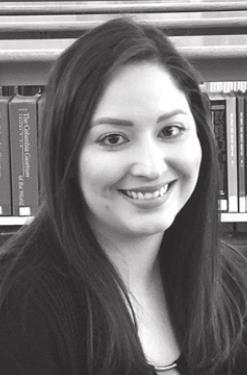 Q. Can you recommend some fiction books that were originally written in a language other than English?

In the early 2000s, translated A. books like The Girl with the Dragon Tattoo and The Elegance of the Hedgehog topped the United States bestseller charts. However, many translated books go unnoticed and never find their American audience. According to Rochester University, “Only about 3% of all books published in the United States are works in translation... An even greater shame is that only a fraction of the titles that do make their way into English are covered by the mainstream media.” This is unfortunate because books interpreted from foreign languages can provide us with voices and stories of people that can change the way we look at the world.

If you’re new to reading translated fiction, try out Convenience Store Woman by Sayaka Murata. It is the heartwarming and surprising story of thirty-six-year-old Tokyo resident Keiko Furukura. Keiko has never fit in, neither with her family nor in school, but when she begins working at the Hiiromachi branch of “Smile Mart,” she finds peace and purpose in her life. In the store, she begins to understand the rules of social interaction and she does her best to copy the dress, mannerisms, and speech of her colleagues, playing the part of a “normal” person. Keiko is very happy. But the people close to her, from her family to her coworkers, increasingly pressure her to find a husband and to start a proper career, prompting her to take desperate action.

Elena Ferrante is also a fantastic author to read if you’re interested in translated fiction. I recommend starting with The Days of Abandonment. It is the gripping story of a woman's descent into devastating emptiness after being abandoned by her husband. When she finds herself literally trapped within the four walls of their high-rise apartment with two young children, she is forced to confront her ghosts, the potential loss of her own identity, and the possibility that life may never return to normal.

If you would like a short, but powerful read, check out Signs Preceding the End of the World by Yuri Herrera. This book tells the story of streetwise heroine, Makina, who travels from Mexico to the United States via the mythical and criminal underworlds in search of her brother. She is smuggled into the U.S. carrying a pair of secret messages — one from her mother and one from the Mexican underworld. Yuri Herrera does not simply write about the border between Mexico and the United States and those who cross it, he explores the crossings and translations people make in their minds and language as they move from one country to another, especially when there’s no going back.

For more book recommendations, call or email the library at 512-393-8200 or smpl@sanmarcostx.gov.