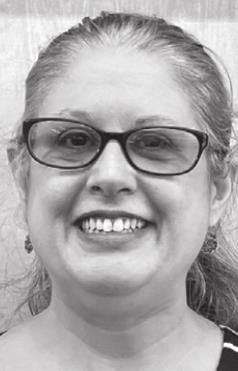 Q. I heard a car rally was coming through San Marcos. What kind of history does San Marcos have with automobiles?

A. San Marcos does have a history with the Great Race. Richard “Dick” Burdick, owner of Dick’s Classic Garage, now closed, was a five-time winner of the rally. The race is due to come through San Marcos on June 19.

According to the Burdick Family file in the library’s local history collection, Dick Burdick, founder and CEO of Thermon Industries, Inc., opened Dick’s Classic Car Garage in San Marcos in 2009. The nonprofit museum was open to the public until December 2019 when it closed after Mr. Burdick passed away. It was a destination location for car enthusiasts nationwide. At its height it had over 80 beautifully restored and original cars from every era of car design, starting with a 1927 Model T and including a Duesenberg, an Auburn, a Cord, an Excalibur and even a Tucker (the Library has the movie “Tucker: The Man and his Dream.”) For 25 years, Mr. Burdick competed in the annual Great American Race, a transcontinental antique car rally, winning the grand championship five times between 1989 and 2003. San Marcos’ love of classic cars continues to this day.

On June 19, the Great Race will stop downtown in San Marcos from 12p.m. to 3 p.m. The stop will be for lunch and the teams will be staggered so spectators can see a variety of the 120 automobiles participating. The competition isn’t like NASCAR. This is a race of skill and determination — but not speed. There is no speeding and each car has a team of two — a navigator and a driver. Each day they receive up to 250 instructions requiring them to take, throughout the course, specific turns, speed changes, stops, and starts, etc. Instead of speed, teams are scored on their ability to follow the instructions and arrive at designated checkpoints right on time. Since 1983, the Great Race has challenged teams’ abilities to follow precise course instructions and endurance on a cross-country trip.

The Great Race has another connection to the City of San Marcos, specifically the Library. In 1995, the Great Race stopped in San Marcos. They were so impressed by the city that they gave San Marcos the prize for best stop-over. The library was awarded the prize of $5,000. This prize led to more interest in the Great Race and the library.

The library has a collection of books, both digital and physical on cars. Books like the “Standard Catalog of American cars, 1946-1975; Cars: Freedom, Style, Sex, Power, Motion, Colour, Everything” by Stephen Bayley or “Power Behind the Wheel: Creativity and the Evolution of the Automobile” by Walter Boyne are great for those interested in automobile history and car culture. Those who are interested in automobile manuals will find plenty Chilton’s manuals (over 125) on the library’s shelves. There are also other treasures in the collection. If you are looking for Volkswagen lore, you might like “Beetlemania: the Story of the Car that Captured the Hearts of Millions” by Kate McLeod. Alternatively, you might like “Car Emblems: The Ultimate Guide to Automotive Logos Worldwide” by Giles Chapman — just for fun.

Another excellent resource that the library has for vehicle maintenance and repair is the online Chilton’s collection. ChiltonLibrary, a web-based database, has thousands of year, make and model combinations for hundreds of cars. The database is part of a collection that is supplied by the Texas State Library. The collection is called TexShare. The TexShare databases are a collection of databases that are freely accessible to patrons of the San Marcos Public Library. To get the password for the databases, please call the library at 512-393-8200 during our open hours: Monday - Thursday 9 a.m. to 9 p.m.., Fridays 9 a.m. to 6 p.m., Saturdays 10 a.m. to 6 p.m., and Sundays 1 p.m. to 6 p.m..