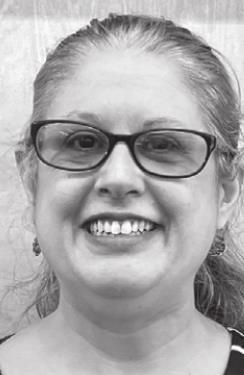 Q. What is a“filibuster” and how does it work? Can both houses of the Texas Legislature filibuster? What about the United States Congress? Does it work the same way?

The filibuster is a A. stalling technique used to prolong debate so that an issue before the legislature or Congress can be blocked. This is a technique solely allowed in the Senate and not the House of Representatives in either the U.S. Congress or the Texas Legislature.

First, let’s discuss the filibuster in the U.S. Congress. According to the U.S. Senate website, senate.gov/about/powersprocedures/filibusterscloture.htm (accessed 8/23/21):

The Senate tradition of unlimited debate has allowed for the use of the filibuster, a loosely defined term for action designed to prolong debate and delay or prevent a vote on a bill, resolution, amendment, or other debatable question. Prior to 1917, the Senate rules did not provide for a way to end debate and force a vote on a measure. That year, the Senate adopted a rule to allow a two-thirds majority to end a filibuster, a procedure known as “cloture." In 1975, the Senate reduced the number of votes required for cloture from two-thirds of senators voting to three-fifths of all senators duly chosen and sworn, or 60 of the 100-member Senate.

Now, let’s discuss Texas and the filibuster. According to the Texas Legislative Library, “Near the end of the legislative session, delaying tactics such as filibusters and chubbing come into play as members seek to prevent the passage of bills, delay their consideration or gain an advantage in negotiations.”

Chubbing is the technique in the House of Representatives whereby members slow down the debate in order to block passage of a legislative measure. The filibuster has, traditionally, not worked as a blocking mechanism, but it has worked to get information out to the public about controversial legislation. On Aug. 8, Texas Sen. Carol Alvarado, as reported by the Texas Tribune at texastribune.org/2021/08/11/texas-voting-bill-filibuster/?utm_ source=articleshare&utm_ medium=social had the following to say about the filibuster: “I’m using what I have at my disposal in the Senate,” Senator Alvarado said. “The filibuster isn’t going to stop it, but a filibuster is also used to put the brakes on an issue — to call attention to what is at stake — and that is what I am doing.” In Texas, filibusters require the senator to speak continuously on the floor without food, drink or physical support. They are not allowed to go to the bathroom, either. The only way to end a filibuster is to either have the senator yield the floor voluntarily or, according to the Texas Legislative Library’s summary of filibustering, “If a point of order is raised that the senator speaking has violated the rules for decorum or debate, the presiding officer will warn the senator twice; after a third violation, the Senate may vote on the point of order. If it is sustained, the senator speaking must yield the floor.” The record for the longest filibuster goes to Senator Bill Meier who spoke for 43 hours on Senate Bill 1275 during the 65th Legislature in 1977. Senator Meier objected to a provision of the bill which would have prevented public inspection of the records of the Industrial Accident Board. The bill was ultimately signed by the Governor.