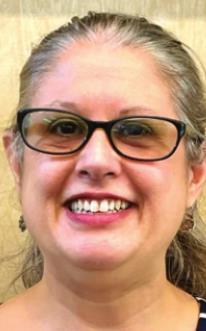 Q. Recently I saw a group in the lobby of the library with a sign about a petition to “initiate a new City of San Marcos ordinance to eliminate enforcement of low-level marijuana offenses.” Could you tell me more about this? Is this the same proposition that was on the ballot in the 90s?

The group A. in the lobby is Mano Amiga (manoamigasm.org). They are a local justice reform group and are working with Ground Game Texas (groundgametexas.org) to get a petition signed by 10% of San Marcos residents, who are registered voters, which would create a city ordinance to decriminalize marijuana (cannabis). The petition is not the same proposition that was presented to voters in 1997, but this column does address that previous proposition.

In June of 1993, police burst through the front door of San Marcos residents Harvey and Diana Ginsburg. The police had been “tipped off” that cannabis was being grown in their home. Police found six plants, for which the Harveys were arrested and charged with felony marijuana possession. They were later released on bail. Harvey, who suffered from glaucoma, had been smoking cannabis because it relieved the pain and pressure in his eyes from the disease. Thus began several challenging years for the Ginsburg family. Southwest Texas State University (now known as Texas State) attempted to fire Harvey, a professor of psychology, for drug possession although he was tenured and although there were no university regulations at the time that could remove him. A lien was placed on their home until they paid a drug tax for 11 ounces of cannabis. It was fortunate that the tax was paid because there was a court case pending that positively affected their situation. The foundation of that case’s argument was that a tax that is intended as a punishment for an illegal act prohibits further criminal prosecution. The courts agreed with this argument and charges were dropped against the Ginsburgs. (Spirit) But this was not the end of their story.

After their ordeal, the Ginsburgs began to communicate with San Marcos City government to change the way San Marcos police handle cannabis cases. Harvey sent a letter to the council in May 1996 that included a proposal regarding medical marijuana. In addition to educational endeavors by health authorities and other restrictions, he proposed that the city ordinance be changed, and the police force use their “discretionary authority” in choosing not to arrest people. This was an attempt to “decriminalize” the possession and use of cannabis for medicinal purposes. (Spirit) A petition drive to get the issue on the May 3, 1997 ballot was successful (Proposition 1) but voters did not pass it.

There is a difference between “legalization” and “decriminalization.” Legalization makes an act completely acceptable in the eyes of the law and, therefore, not subject to any penalties. Decriminalization simply means that an act is no longer regarded as a criminal act but is still subject to minor penalties or fines, much like getting a speeding ticket. To decriminalize an act basically means that the penalties attributed to it are no longer in effect. (Celine) This is the goal of the current petition, which would end citations and arrest for misdemeanor possession of cannabis, unless the citations are part of a felony level narcotics case designated as a priority by a San Marcos police commander, assistant chief, or chief of police or as part of an investigation of a violent felony. (Google)

This is not the only issue regarding cannabis that is part of San Marcos History. In 1971, the City Council approved a resolution to request that the Texas Legislature enact legislation removing the criminal penalties for possession of marijuana. In 1991, a group of seven were convicted of felony possession of cannabis following protests at the San Marcos Police Department. This group, dubbed the San Marcos Seven, used civil disobedience tactics, including hunger strikes while in jail and smoking cannabis in the parking lot of the police department, to call attention to the need to decriminalize cannabis.

The library will host a program on Thursday, May 12 at 6:30 p.m. called “Remembering Hemp City: San Marcos Marijuana Activism of the early 1990s”. This free program, organized by the Caldwell/Hays Examiner and the Library, will be an open panel forum featuring those directly involved in the events spanning the 1991-1993 events and the San Marcos Seven. Cannabis advocates who were there during this exciting time will discuss the efforts to decriminalize cannabis in San Marcos.