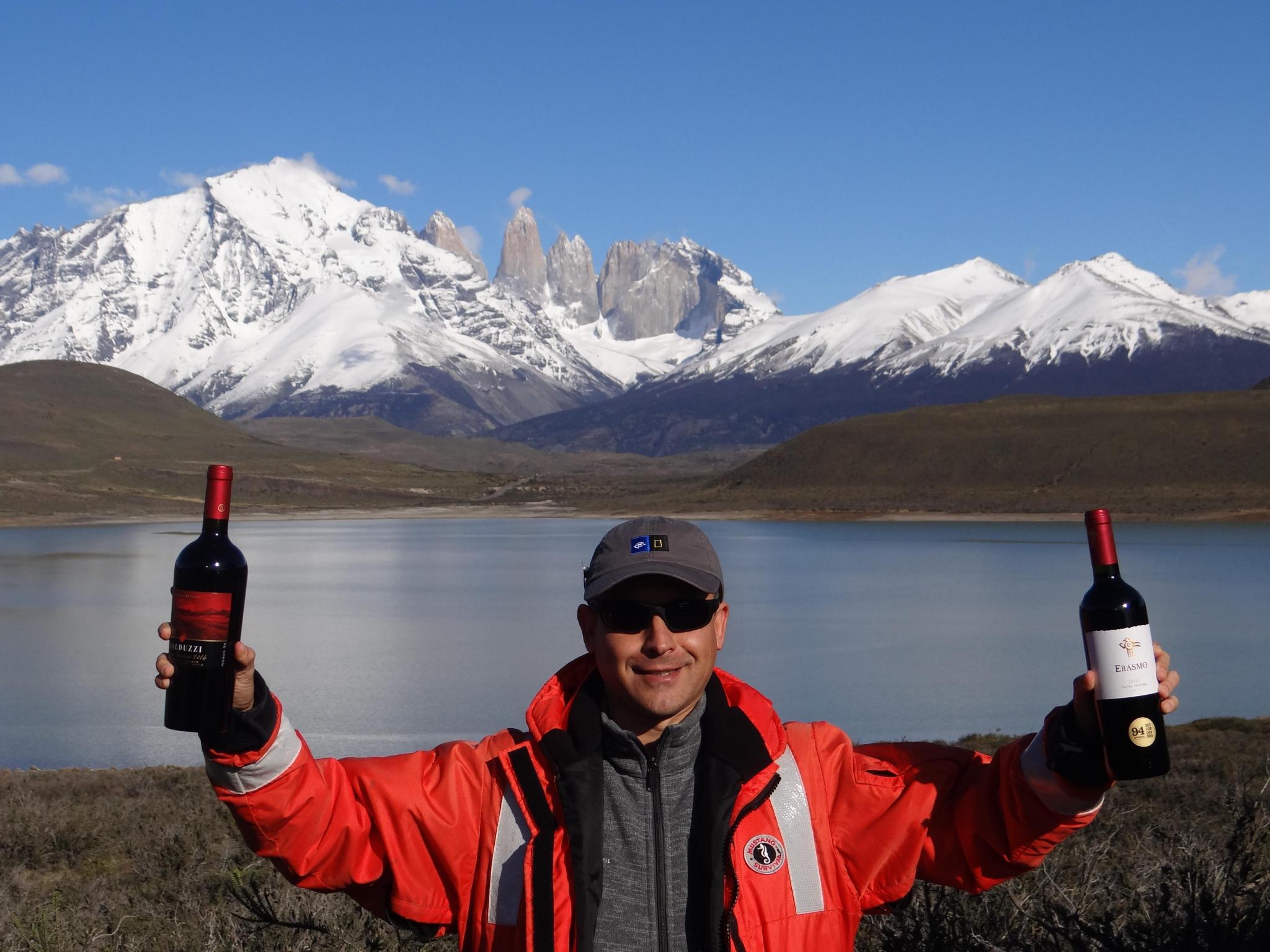 Maximiliano Morales, agricultural engineer and founder of andeswines.com, presented 17 years of research of the vineyards in Patagonia onboard a National Geographic Explorer Expedition Ship in the Chilean Fjords last month.

Morales specializes in seeking out old vines along the 4,000 kilometers of wine valleys from the north to the south of Chile. He rescues old vineyards to produce wines from vinestocks brought by European immigrants dating back to the arrival of the Spanish in 1550.

Morales presented the results of his research, that came as a result of a presentation he previously gave in October 2017 for students and professors at UC Davis in California in the Robert Mondavi Institute.

Morales’ lecture, called “History of ancient cultivars in Chile, Rescue old Vine Projects in 4,000 km,” discusses how vineyards were introduced in Chile during the time of the Spanish arrival, as well as case studies from more than five wine-producing valleys that now, are bottling wines again with great success.

His interest in Chilean communities that have trouble commercializing their wine began when the he started to work as a tour guide specializing in wine and pisco tours, where he structured explorations of wine-producing areas in the Elqui Valley and Limarí in 2001.

In 2015, CORFO, the innovation agency of the Chilean government, hired Morales as a wine strategic consultant, where he later went on to lead the “Nodo Estratégico Chile Vitivinícola 2.0” Project. In this position, he faced the challenge of creating the Chilean wine route, building a strategy to conserve ancient vineyards in the face of increasing climate change and frontier extension.

His research allowed him to visit small towns with abandoned vineyards in Chile. He worked to reactivate their economies through an initiative called the Rescue Plan for Ancient Vineyards. This plan was put into operation in San Rosendo, Portezuelo, Cauquenes and in the Puelo Valley in northern Patagonia.

Morales created a methodology from his research using a philanthropic strategy to cover the technology and winemaking gaps of wine producers. Using agreements with companies like Bourrassé and Verallia Saint-Gobain, Morales was able to structure a support system for Chilean grape and wine producers in rural areas near the Laja river in San Rosendo.

AgroWine Lab also invited specialized companies to teach grape and wine producers how to prune their vines and matched them with well-recognized winemakers who fermented the grapes that would otherwise be lost.

Morales, once a Chilean exchange student from AFS Intercultural Programs’ international youth exchange organization, lived in San Marcos from 1991 to 1992. In his last visit to San Marcos in 2017, he signed an alliance with Carina Boston Pinales, founder and co-owner of the coworking space Splash Coworking, to start a fundraising strategy for Chilean projects that are looking for investors in FinTech, agri-wine initiatives and streaming/audio/visual/ television industries.

"We are looking for funding to produce a nursery to spread Cabernet Sauvignon, Cabernet Franc and Malbec from over 100 year old vineyards that were found in San Rosendo, in the South of Chile,”Morales said.

The focus with agreement between Splash Coworking is to leverage investment from Texas investors that could be interested in being part of the endeavor in Chile.

“What we’re working on is a collaborative community partnership, and through that we get to learn about the different startups that are in Chile,” Pinales said.

Those interested in more information regarding investment opportunities can contact Spalsh Coworking at 512-667-0492 or by emailing splash@splashcoworking.com.