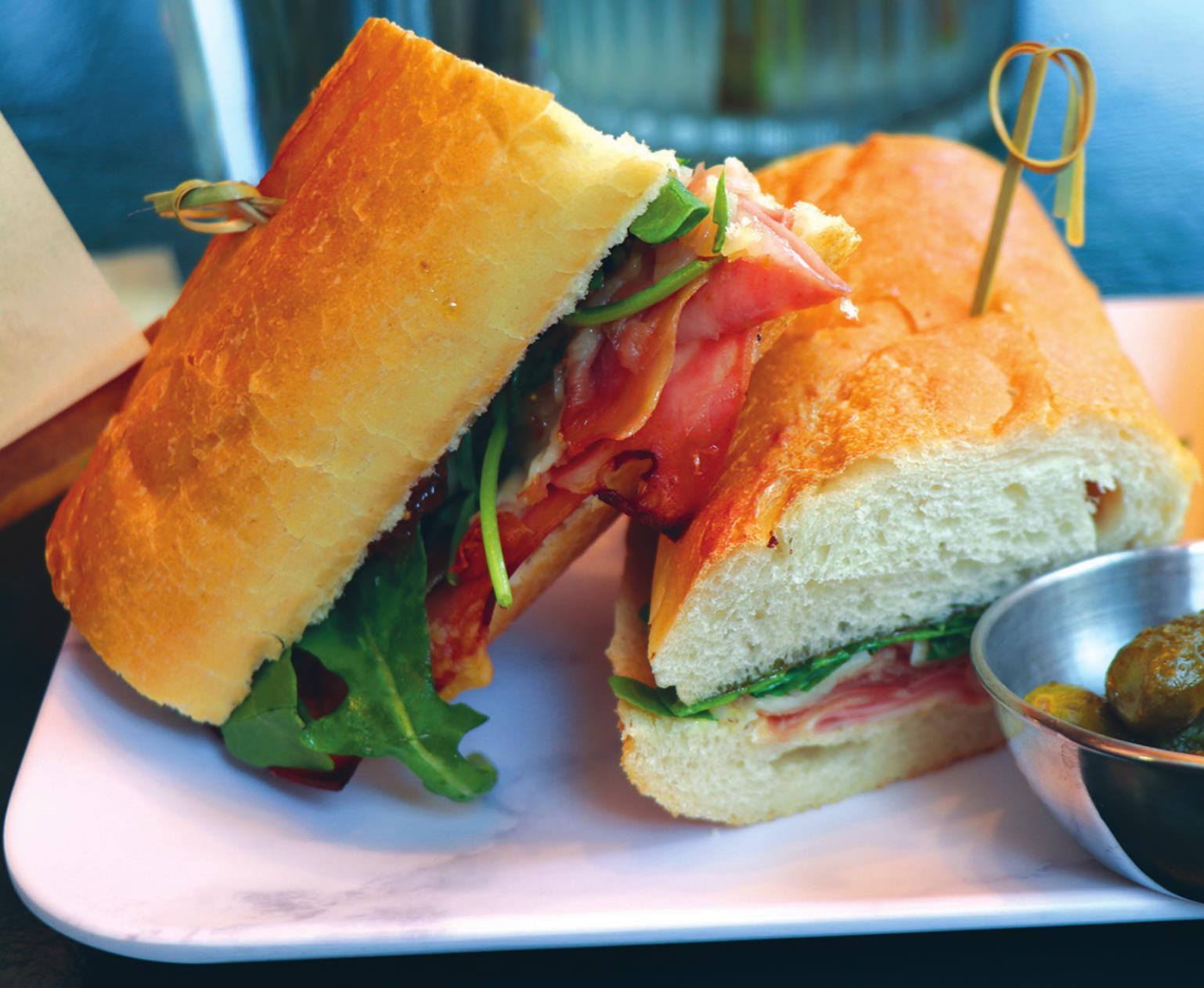 Sun, 09/26/2021 - 5:00am
Celeste Hollister
Managing Editor
@celestecook74
chollister@sanmarcosrecord.com
Sunday, September 26, 2021
“Cheap food costs in other ways. It taxes the environment; it takes money from our local economy. It takes money away from our farmers. They’re dirt broke so that we can have cheap burgers ... We’ve gotten accustomed to that lifestyle of cheap and fast, and it’s not sustainable.” – Diana Espiritu, Radish & Dill Fine Foods Market

Many believe that home begins with food. It’s rooted into our family life and our culture. It brings people together, simultaneously providing nourishment for our bodies and stimulation for our minds.

Radish & Dill Fine Foods Market came to life at the place where these ideals meet.

Long-time friends Diana and Christian Espiritu, Ted Espiritu and Nick Eaton brought their ideas to the table to provide San Marcos with creative recipes and homemade food that is responsibly-sourced and sustainably-grown.

“After the pandemic, like a lot of other people, we all pivoted,” Diana said. “We all were doing it at the same time — the four of us — so I think the idea was borne from that.”

Self-professed foodies, Chris, Diana and Eaton have been having dinner parties together over the course of nearly 15 years. They called on Ted, who has worked all over the world as a chef in the hospitality industry, to cook for them during these get-togethers.

“We were like, ‘We’re going to have you here this weekend? Let’s have a six-course dinner with our friends,” Diana said. “We’ve been doing that for a long time. So we thought that, since we were all ready to leave what we were doing previously, that we could come together and make this happen.”

Then came the long process of figuring out what kind of restaurant they wanted to create. “Once we decided we wanted to work together, and that food would be involved, then it was like a lot of eating out for us,” Diana said. “You know, for research.”

Eaton and the Espiritus visited delis, markets and restaurants they enjoyed, taking pieces from their favorite foodie destinations — from Austin to New York to Amsterdam — searching for the perfect pieces to fit within their overall puzzle.

“When we all got back together, we’d fit a piece,” Diana said. “We would say, this doesn’t exist in San Marcos, and the demographic does. We have the people for it. Ted can make it, Nick can sell it. We built it that way: bringing together everything that we’re able to do.”

However, for Eaton and the Espiritus, it also had to be more. Each member of their collective upholds a philosophy of wanting to serve fresh, high-quality food that is healthy for the body, the environment and the local economy as well.

For example, they are at 80% plastic-free, using compostable packaging, cutlery and to-go containers.

“Cheap food costs in other ways,” Diana said. “It taxes the environment; it takes money from our local economy. It takes money away from our farmers. They’re dirt-broke so that we can have cheap burgers. That’s costing somebody something. We’ve gotten accustomed to that lifestyle of cheap and fast, and it’s not sustainable.”

In their effort to support small and local businesses and farmers, Radish & Dill has 35 individual vendors who provide everything from fresh-baked pastries to produce. “They deliver to us, or we go pick it up, like from Cuevas because he’s right across town,” Diana said. “We love him and everything is super fresh.” 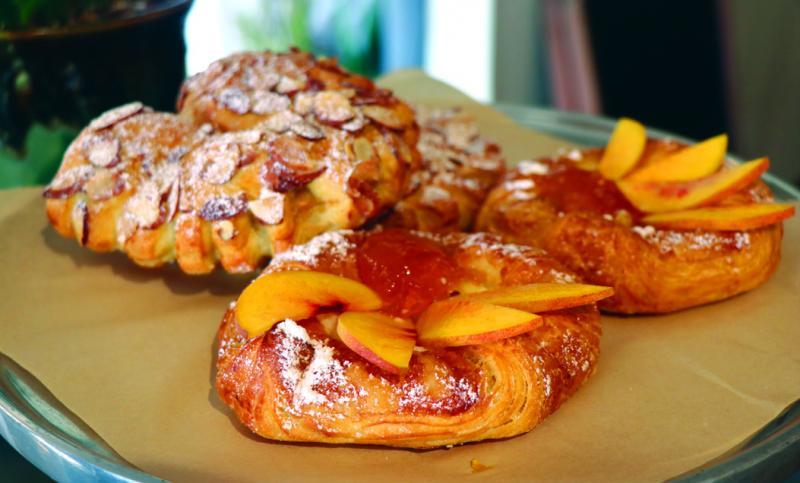 Nick Eaton, a vegan chef who has lived in San Marcos since 2007 when he moved here to attend Texas State, added, “We want to make local food more accessible. We’re constantly looking for more local suppliers. Having those resources so readily available, now we have an outlet to bring to people. We can bring all these co-ops together, so we can sell it but also create recipes with it.”

Ted Espiritu came to Texas via Dubai, but had worked all over the world in his 27-year career in hospitality, with experience in Chicago, Los Angeles, Amsterdam and New York.

“I needed to take a break,” he said. “I changed careers for a little while, into the fine arts world. Diana and Chris and Nick had met and talked about this concept, and they brought me into it.”

One of the things that most appealed to Ted was the fact that everyone within the group was on the same philosophical page in relation to their goals. “We’ve known each other for a little while, and we all have the same vision,” he said. “You know how when you’re ever starting something with a group of people, there’s always going to be some kind of conflict? We have all, and consistently, stayed in the same wavelength, which is incredible.”

Part of that vision was to create a restaurant and market that would remain resilient in the face of the changes occurring around the world. “If another wave hits, or another quarantine comes, we would still be considered an essential business because we’re a market and not just a restaurant,” Ted said. “That was a huge bonus right there.”

“We’re a grab-n-go market,” Eaton added. “We can do curbside, we’ll do delivery. We wanted to create an environment where we’ll still be able to provide good, wholesome food to people.”

The fine foods market is another crucial piece to the shared vision of the Radish & Dill puzzle.

“Every item is handselected,” Diana said. “It’s either supporting farmers, women-owned, family-owned, minority-owned, or completely sustainable, or local. It has to fall into one of those baskets for us to use it.” 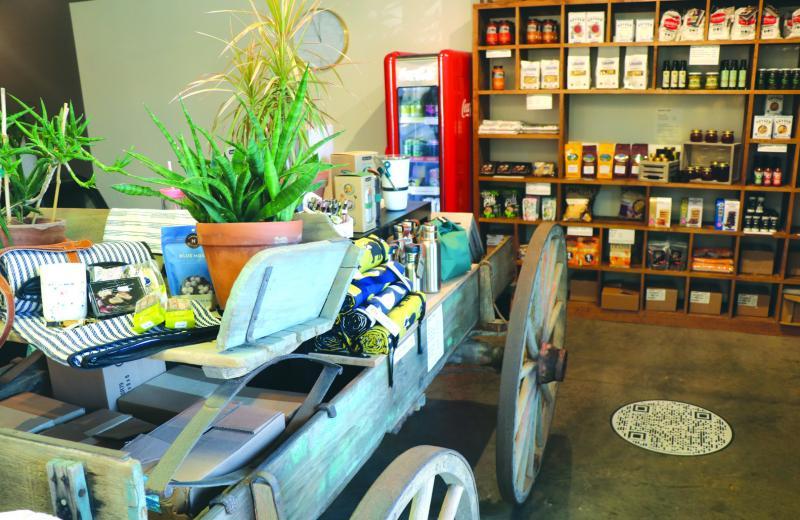 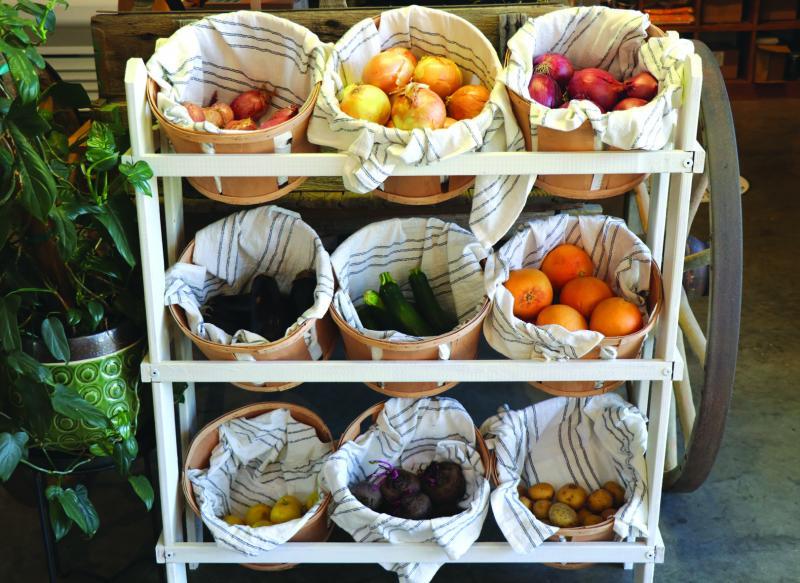 The Espiritus’ and Eaton’s passion for Radish & Dill becomes readily apparent when they talk about the food.

“We’ve spent a lot of time testing these recipes,” Eaton said. “We always use the word crave-able. We want people to be like, ‘I’m craving the salad from here, or the overnight oats.’”

“I love that Nick has incredible ideas,” Ted said. “I’m not familiar with vegan cuisine or plantbased foods, and Nick is a lot more experienced in that.”

As for staff picks, Ted said that he enjoys the composed salads, which Eaton and company create daily with whatever ingredients happen to be on hand. But he also added that everyone, staff and customers included, go in for the classics. “They’re all quite good,” he said. “Even something as simple as the chicken salad. It’s great that something so simple can be embraced by this community.”

“We want to have room to express our creativity in the kitchen, and try new ideas and flavors, but we also want to have those comforts, done in a traditional and yet delicious way,“ Eaton said.

Diana agreed, also listing some of the more traditional menu items as favorites, including the Farm Prosciutto Sandwich and the Cobb Salad. “It’s creamy, and it’s got eggs, bacon, chicken, avocado,” she said. “You can’t go wrong with that.”

As for signature dishes, she recommends the gem salad with prawns. “It’s an elegant salad that you’re not going to get anywhere else. They’re almost colossal but delicate and light-pink and supple. That’s the most elegant thing on the menu.” 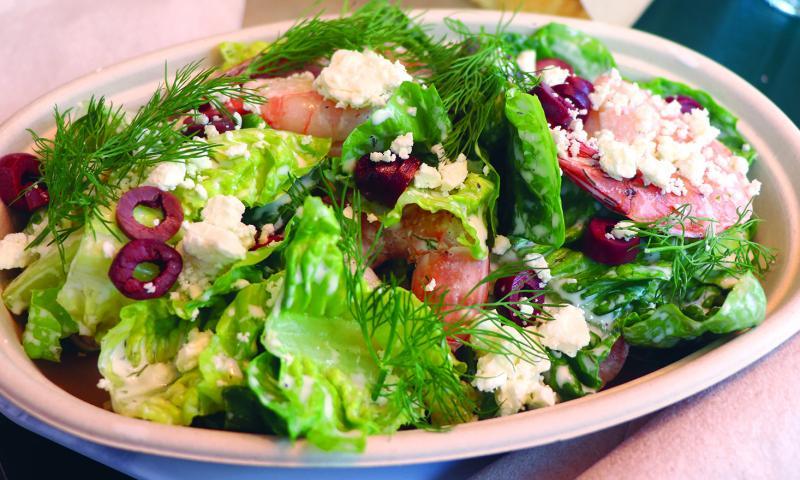 Tucked into the corner of the shopping center at Wonder World and Hunter, Radish & Dill provides indoor seating and an outdoor patio with bold black-and-white striped umbrellas. Restaurant hours are 10:30 a.m. to 8 p.m., Tuesday - Saturday, with peak hours starting at 11 a.m. Because of their policy of serving fresh, homemade food, they serve menu items until they sell out. They make coldpressed juices, aguas frescas and horchata daily and in-house.

“It has to be fresh,” Diana said. “We don’t use stabilizers in any of our food. Nothing is preserved. There are no additives in anything. A lot of restaurants are not serving fresh food, because it’s difficult to serve fresh food. But we have people who eat here almost every day, and they’re able to do that because it’s fresh, and when you eat it you can tell. Your body responds to it, like it’s something you make at home. We’re doing it in a certified kitchen, but it’s all homemade food.”