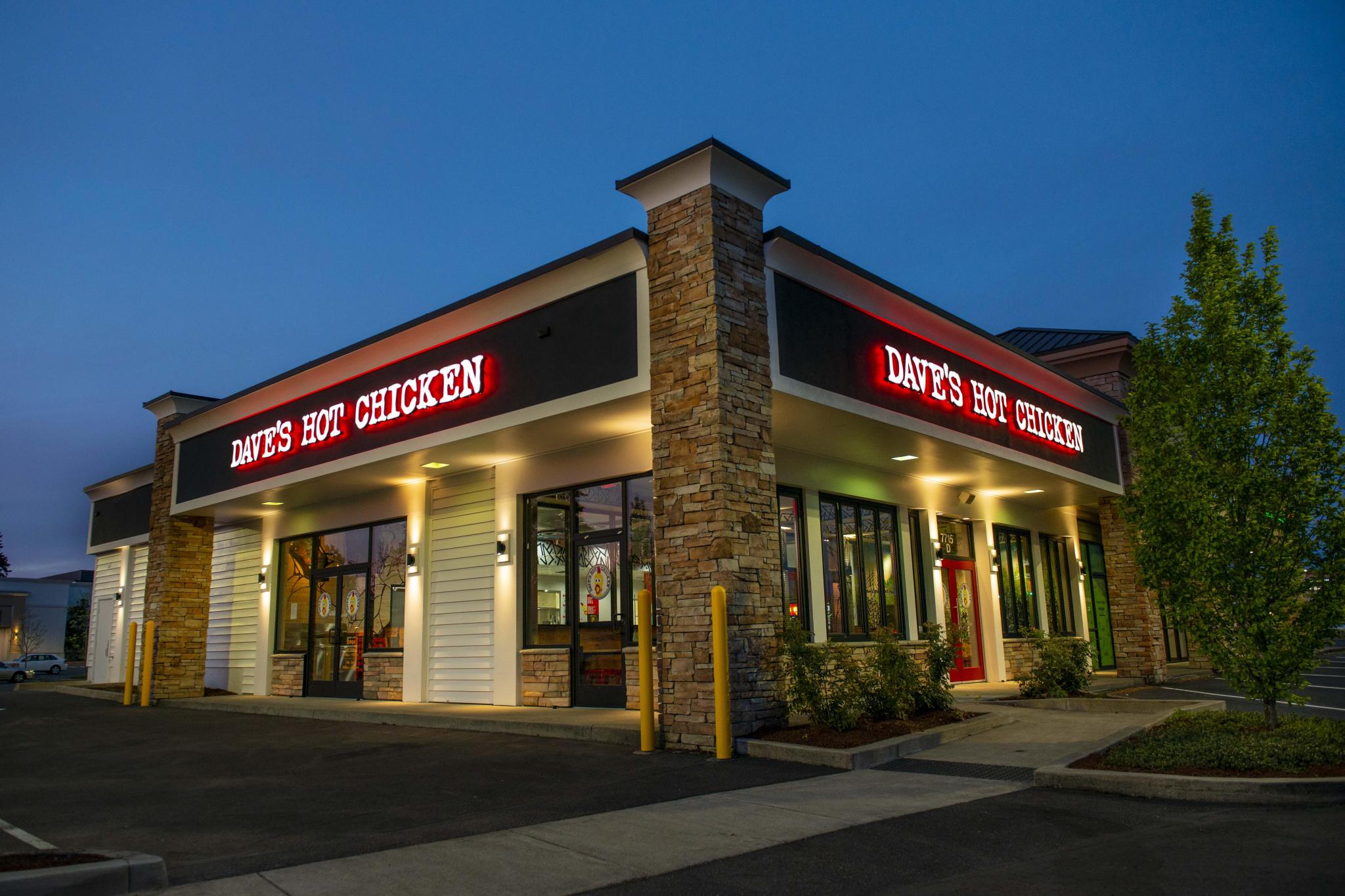 San Marcos could soon see a fast-casual hot chicken restaurant. Dave’s Hot Chicken, based in Los Angeles, recently announced that it has inked a franchise agreement to open 10 locations in select markets along the Interstate 35 Corridor in Texas, including Austin, New Braunfels, San Marcos and Waco. Photo by Reyes Photography & Video via Dave's Hot Chicken

Dave’s Hot Chicken, based in Los Angeles, recently announced that it has inked a franchise agreement with Drew Wilson, Joe Dickerson, Craig Smith and Casey Klajbor to open 10 locations in select markets along the Interstate 35 Corridor in Texas, including Austin, New Braunfels, San Marcos and Waco.

The Dave’s Hot Chicken model works well in a variety of floor plans. The team is seeking 2,000 to 2,500 square feet endcaps and freestanding locations, with patios and drive-thru infrastructure a plus.

“I fell in love with the Dave’s Hot Chicken brand and after the first bite of the slider, I was hooked. Each restaurant is outfitted with a hip vibe and unique feel that is representative of the community it is located in, and I was deeply drawn to that because it shows that no two stores are the same,” said Wilson. “They have a strong team full of top-notch individuals who are great to work with. Our team looks forward to going on this journey full of passion and purpose.”

The group brings extensive experience from a variety of backgrounds. Smith and Klajbor currently own and operate multiple Rockin’ Jump Trampoline parks and are both veterans, with Smith serving in the Air Force and Klajbor in the Marine Corps. Wilson was the founder and former CEO of Rockin’ Jump, a trampoline park franchise that included a café within the entertainment center at each location, before starting a finance company that he’s been involved in for the last few years. Dickerson is an entrepreneur and investor with extensive operational experience in the restaurant space. He is an adjunct professor in the Department of Entrepreneurship at the Texas Christian University Neeley School of Business. All four have been friends and partners for years, working together on multiple ventures and investments. 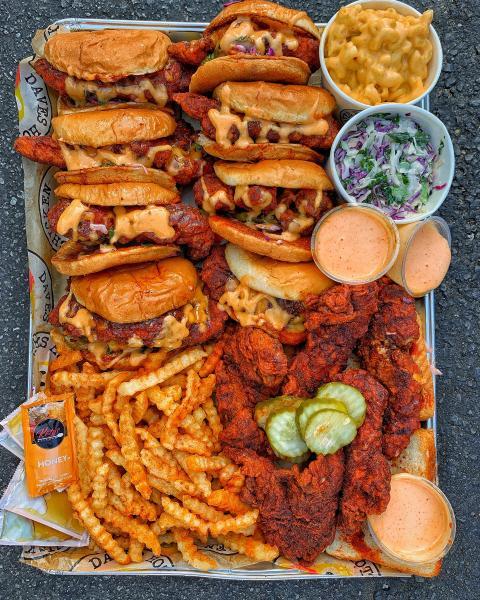 Founded by classically-trained chef Dave Kopushyan and three friends in early 2017, Dave’s Hot Chicken initially opened as a parking lot pop-up, with lines quickly wrapping around the block. Since then, the brand has exploded in popularity and now has multiple brick-and-mortar locations open in Southern California. Today, the fast-casual brand has its sights set on growing throughout the United States through franchising and has several multi-unit agreements in development.