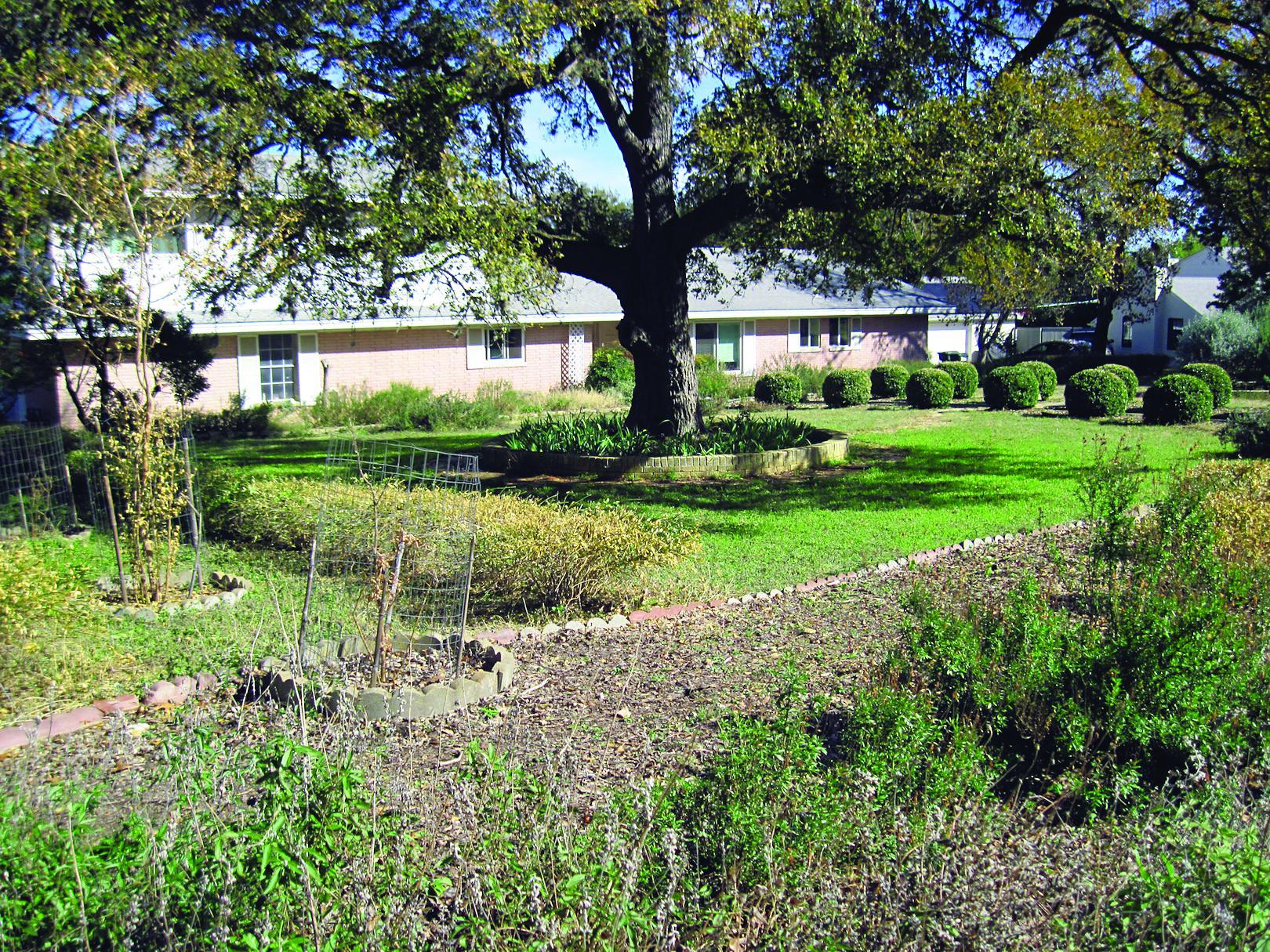 December Yard of the Month

Winter may be the best time of year to appreciate the basic structure of a landscape and its key features, before new growth and blossoming plants compete for our attention. The home of Yijuan “Lucy” Lu and her family on Mimosa Circle, as Spring Lake Garden Club’s December Yard of the Month, is an example of a carefully-crafted plan.

After plentiful rain but two early freezes, only the rosemary retains a few blue blossoms, but as winter weather in San Marcos cycles through warmer days, the yard’s cenizo shrubs (also called Texas sage) will respond with new growth and perhaps even more blossoms, while native salvias add more blooms.

Lu’s large front yard is the result of care and planting by her father Xingu Lu, who holds a degree in phytology (botany) and specializes in plant propagation. He and her mother travel from their home in China to join the Lu household for several months each year, and he has learned, by trial and error, how to succeed in persuading plants to thrive in Central Texas. 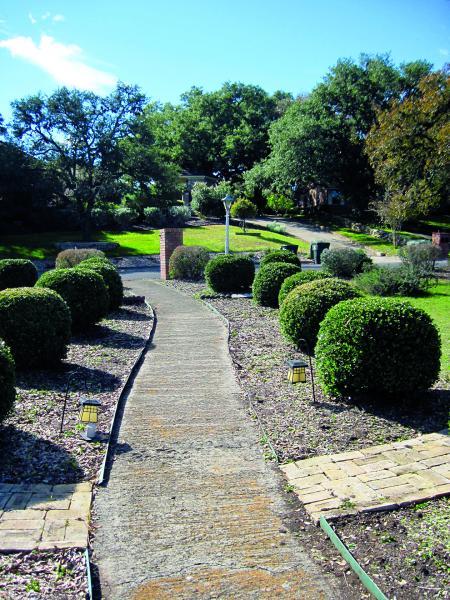 Healthy perfectly-rounded boxwoods lead to the entrance of the house.

Although the gardener has a preference for blossoming plants, he shows mastery of reliably evergreen boxwood, with seven perfectly-rounded plants lining each side of the front walk to the house entry, in wide well-mulched beds. Shearing boxwood in this shape is a common practice in formal Chinese landscapes, as well as in many American gardens. Another species in the yard common to both the Lu’s yard in San Marcos and his home in southeast China is crape myrtle.

According to records from Mount Vernon, crape myrtle was introduced to the United States in 1799 when a ship arrived in Philadelphia with seeds for George Washington’s plantation in Virginia. Seeds from a second species introduced from Japan in the mid-1950s offered higher resistance to powdery mildew, and was bred into 25 varieties by the U.S. National Arboretum in Washington, D.C. In 1997, crape myrtle was designated as the Texas State Shrub, and in Texas the Crape Myrtle Trails of McKinney include an amazing collection of these colorful landscape plants. Even when dormant in winter, many crape myrtle species offer striking patterns of bark and colored leaves. 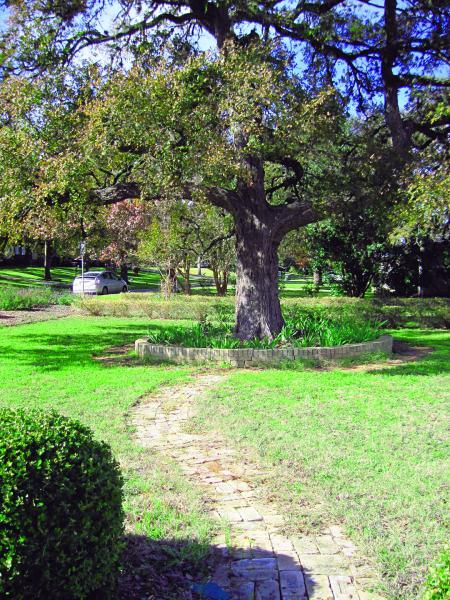 A brick walkway and wall surround an iris bed at base of mature tree in the Lu landscape.

Beside the front driveway, several young crape myrtles in pink, red and purple, are protected by wire cages from the neighborhood’s plentiful deer population. Another larger crape myrtle in the backyard joins fruit trees – peach, pear and fig – behind a tall fence. Mirroring the front driveway’s two paved tracks, double rows of yellow jasmine (less attractive to deer) surround the caged crape myrtle plants. Flourishing horse herb between the driveway tracks needs no mowing and allows rainwater to run directly into the soil instead of rushing off pavement and causing erosion or drainage problems. 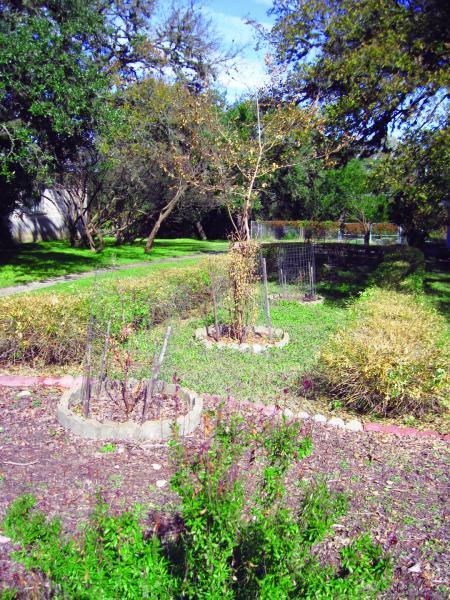 Lines of jasmine enclose young crape myrtles beside the driveway.

A showcase feature of the front yard is a circular bed of purple irises surrounding a large oak tree, all enclosed by a low brick wall. A path from the front walk to this tree looks like an invitation to sit in the shade and view the rest of the front landscape, including another brick-lined planting area with cenizo and sages alongside the curb, and more native plants behind a low retaining wall separating the house from the front yard. Dividing plantings into separate, wellmulched areas simplifies lawn maintenance and the different watering needs of turf and other plantings.

Even as winter weather hides the different colors of the Lu’s landscape, the basic structure stands out as a model of an attractive garden gathering strength for the next show, with each part in place and ready to play its role.