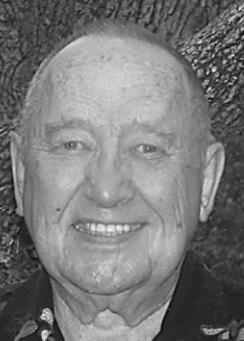 I was honored to meet Stephen Kress many years ago on a trip to Egg Rock Island about six miles off the coast of Maine. He wore a very distinguished sort of beanie and was a sage source of puffin lore and logic.

I was on a group birding tour and our main goal was to see a puffin — a small football-sized, black and white bird with a most colorful beak. It’s said if Walt Disney designed a bird, it would be the puffin.

Puffins had been absent from Egg Rock Island for over a century when, in the 1960s, Kress decided to reintroduce these lovable birds to the island. He got permission to bring a breeding stock of birds from Iceland.

It took lots of time and effort, but eventually the puffins thrived. Before long, the colony on Egg Rock Island was a prime tourist attraction and groups like ours were regular visitors to the island.

I recall on the boat trip out to Egg Rock, we were thrilled when puffins showed up in the ocean around our boat and then flew beside us almost like a flying escort.

Everyone in our group was given a souvenir photo and short biography of a particular puffin. Mine was of a bird with a gimpy leg who walked with a limp. I named him Pete.

I guess Pete is long gone by now, but puffins are still nesting on Egg Rock Island and conservationists rate the reintroduction as a major success story.

One third of all seabird species have benefited from translocation efforts, so Stephen Kress can be proud of what he started with Project Puffin.

And I hope Pete raised a big family and has many descendants enjoying the rocky shores of Egg Rock Island.