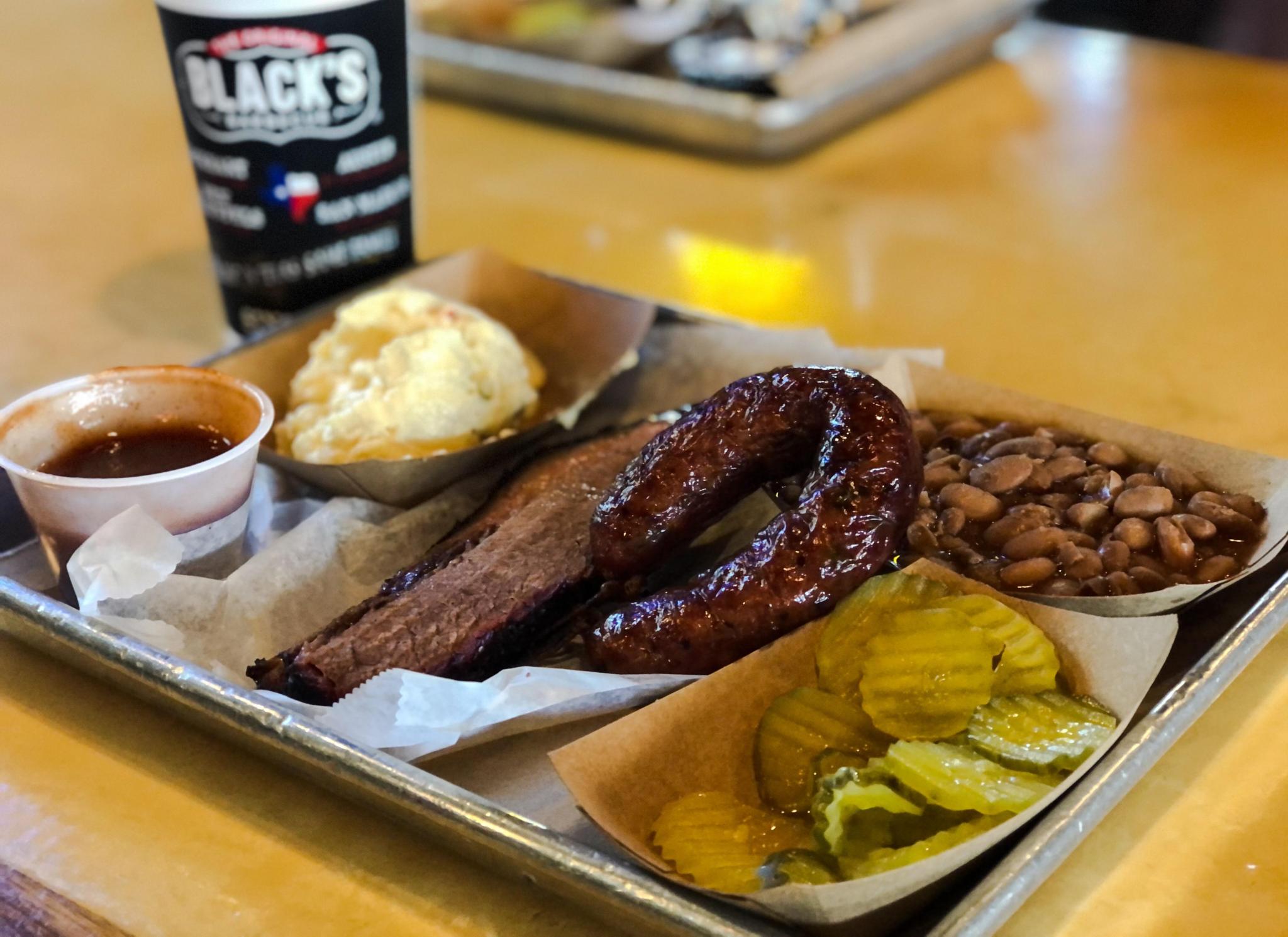 Central Texas is known for a lot of things. Most significantly — culinary speaking — it’s become a haven for barbecue enthusiasts to come and see what’s smokin’.

Lucky for San Marcans, the city plays hosts to some of the best meat ever to hit a smoker. One such establishment is Black's Barbecue.

The Black family has been actively serving the barbecue community for more than three generations, originally making a name for themselves at the Black's BBQ family-owned restaurant in Lockhart. According to their website they are the oldest barbecue joint in Texas operating under the same name, since 1932.

On the day of our visit, as on most occasions, I ordered a la carte and selected a quarter pound of lean brisket, one sausage link, two sides and a drink.

The brisket was simple perfection. Smoked 14 hours, it came with just the perfect amount of fat around the edge of the meat keeping it tender and juicy. Personally, I never use sauce, it takes away the smoky goodness a pit master slaved over for diners to enjoy. However, Blacks provide it if you want it.

The sausage was every bit as impressive as the brisket. I prefer a little heat, so opting for the jalapeno sausage was the right decision.

Quality control was great at the family owned eatery. The meat was the star of the show, but their side items were a great supporting cast. The pinto beans were well seasoned while their potato salad was perfect.

My dining companion decided to tackle the chopped beef sandwich. On a budget, Tuesday was the day to visit as they offered half-price on sandwiches. Of course, it left him with a little extra money in his pocket to try the peach cobbler and pecan pie, which I’m told were “fantastic.”

Black's serves baby-back ribs, pork spareribs and beef ribs. But if you want something a little leaner, they also serve up turkey and whole chicken

Black's has several locations outside their home base in Lockhart and restaurants in San Marcos. Black's also has locations in Austin and New Braunfels. Black's also offers catering and ships its delicious goodness nationwide which includes its sauces and rubs.