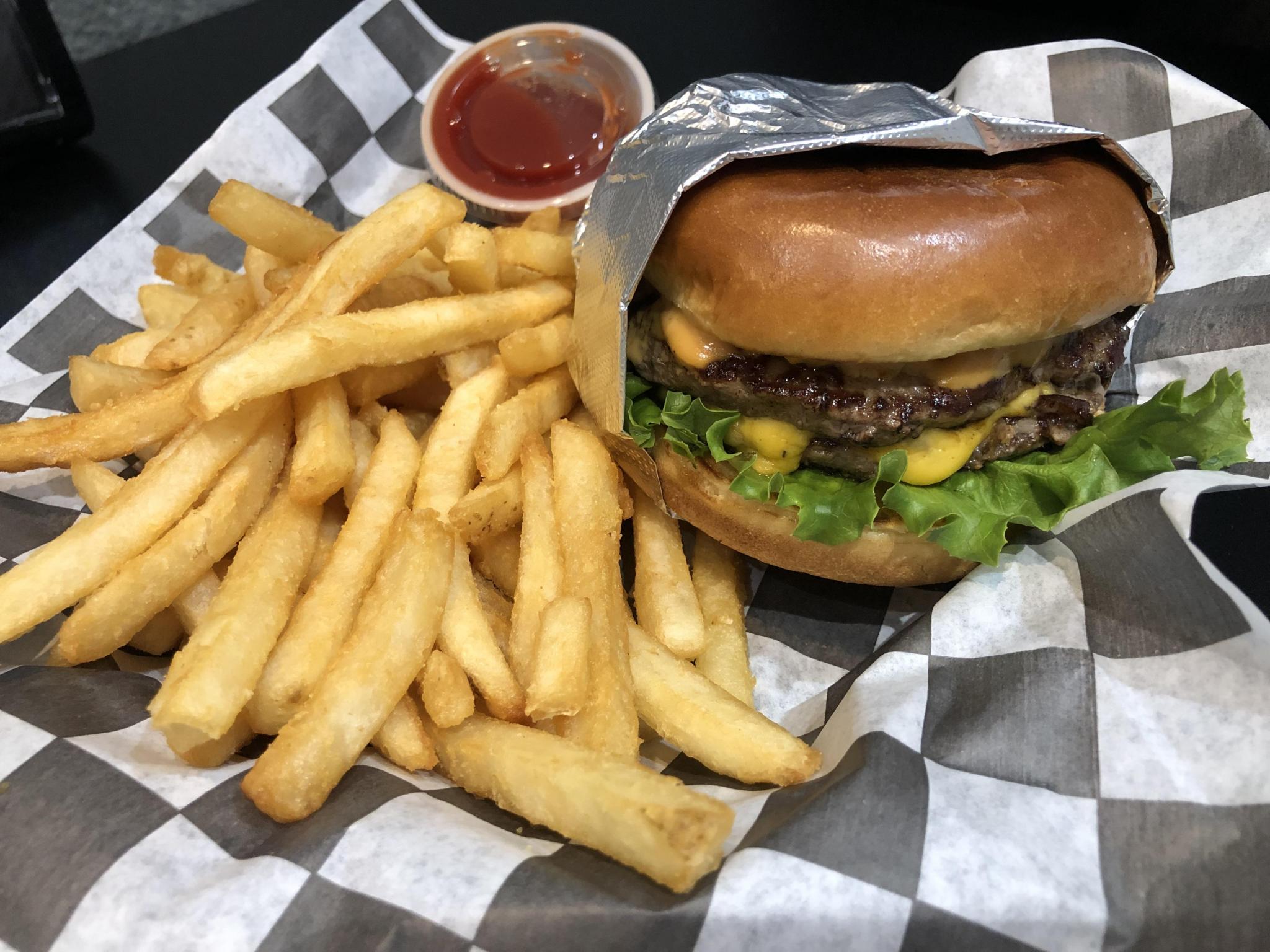 The Classic burger from Fat Shack, which comes with two 100% Angus beef patties served with American cheese, lettuce, tomatoes, pickles and onions, and a side of French fries. Daily Record photos by Lance Winter & Nick Castillo

Looking for a late-night snack in the form of a sandwich with over-the-topping fillings?

Don’t worry San Marcans, Fat Shack might be the place you’ve been searching for — after all its slogan is “Late Night Done Right.”

Fat Shack offers 14 different sandwiches packed with a variety of fillings, including French fries, mozzarella sticks, onion rings, macaroni and cheese, bacon, chicken fingers and cheesesteak among a smorgasbord of other options.

Where did these sandwiches originate? Well, Tom Armenti partnered with a bagel shop in Ewing, New Jersey in 2010 after graduating from The College of New Jersey. He operated a late-night restaurant after the bagel spot closed following lunch, according to Fat Shack’s website. After the business grew, Armenti relocated to Fort Collins, Colo. where the first Fat Shack opened in August 2011. Since then the late-night restaurant has expanded to include 28 locations across the U.S.

When you visit a place called Fat Shack and it has “fat sandwiches,” you’re almost required to try one. I was the brave one this visit. I chose the Fat Donkeylips, which came with chicken fingers, French fries, lettuce, buffalo sauce and bleu cheese stuffed into a roll.

Each sandwich comes on either a small, regular or large roll. 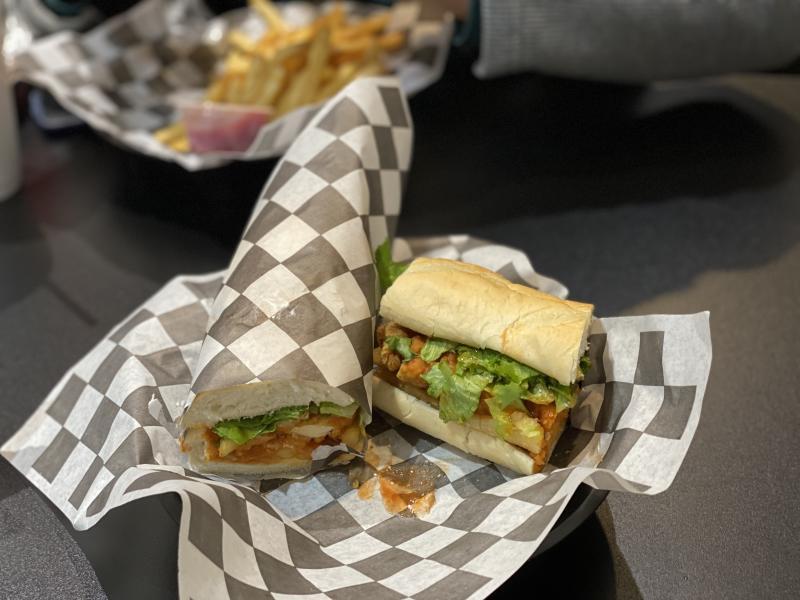