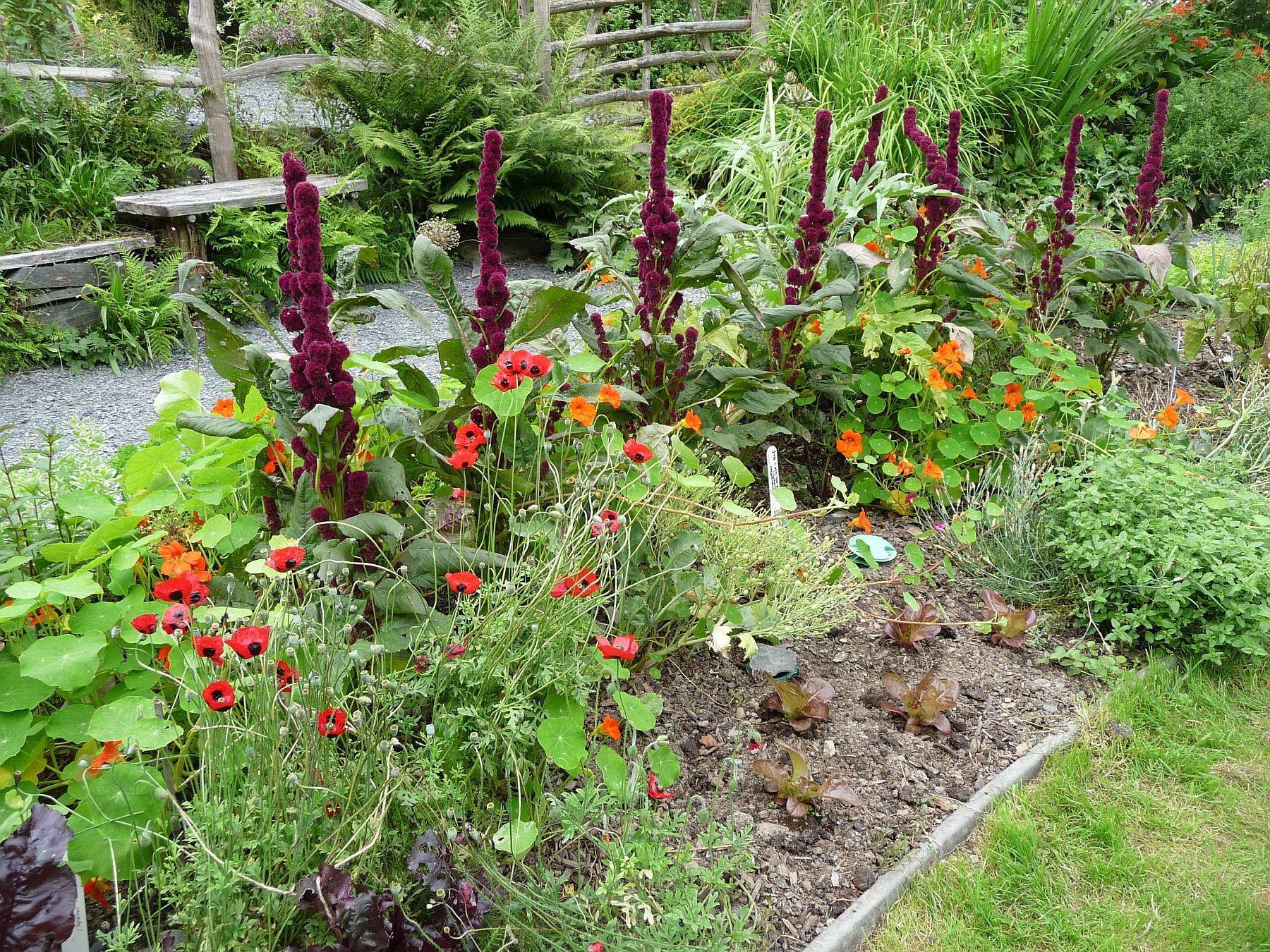 Companion planting different crops in close proximity to each other can help with pest control, maximizing use of space and increase crop productivity in a well maintained garden. Photo courtesy of Joe Urbach

I am jumping on the companion gardening bandwagon with both feet this year. I have experimented with companion planting in small ways in my gardens over the last several seasons and I am 100 percent convinced that the system is the way to go.

The basic idea behind companion planting is as simple as it is sensible: many plants grow better near some comrades than they do near other plants or when alone. By itself companion planting your garden will not work miracles, but applied in a well-maintained garden, it can produce startling results. It sure has for me. It can drastically improve the use of space, reduce the number of weeds and garden pests, and provide protection from both heat and wind, two problems I run into every year. So, as far as I am concerned, in my vegetable garden, this all adds up to getting me what I really want: increased yield.

I will be employing companion planting in my vegetable gardens, but it can also be used when flower gardening and in full-scale farm fields. In fact, some of the most familiar examples come from farming, where it’s a long-standing practice to sow vetch or some other legume in the fall after the harvest. This cover crop provides erosion control through storms, and supplies both nitrogen and organic material to the soil when it is plowed under in spring. Most such crops themselves need a helper, known as a nurse crop, usually a grain that is sown along with the legume. The grain provides weed control while the legume gets established, and helps protect the legume from both wind and the weight of snow.

Native Americans in the north-east region of what is now the United States practiced another familiar but very different version of companion planting, known as the Three Sisters. Corn, beans and squash, planted in the same field, supported each other in several ways: the beans provided nitrogen for the nutrient-hungry corn, the corn provided a support for the vining bean, and the squash, a living mulch, suppressed weeds between rows.

What’s often referred to as “traditional” companion planting (that popularized by Louise Riott’s best-seller, "Carrots Love Tomatoes," involves yet another kind of support. Though the process used to determine plant compatibility is closer to alchemy than chemistry, the principle behind it is similar to the idea that some plants chemically enhance or inhibit each other's growth and well-being. Such chemical interaction does indeed happen. One oft-cited example is the black walnut tree, whose bark, leaves, and roots contain juglone, a compound toxic to many other plants, including most vegetables.

But this sort of chemical interaction is more rare than some companion planting enthusiasts suggest, but I have found that it’s far from the only way that plants can help each other. Plants can protect each other from wind or weather, act as decoys for harmful insects, attract beneficial insects that eat pests, or provide nutrients, physical support, or shade for other plants. Early season, cool-weather crops keep weeds at bay before later crops can be set out or mature; vetches planted in fall protect soil from eroding and add nitrogen and organic matter to it when dug under in spring, improving both its nutrient content and its structure.

Spurred largely by Riott’s enormously popular book, interest in companion gardening in the United States rose sharply in the 1980s and 90s. A number of university sites and individual gardeners and scientists, irritated by the semi (some would say pseudo) scientific basis of the traditional method, have rejected companion gardening outright. However, several recent studies by reputable universities have established that some companions, at least, actually do help each other. Research dating back to 2004, concluded that inter-cropping basil with either tomatoes or Brussels sprouts improved plot yield. Yet another study conducted in 2005 and 2006 found that dill, coriander and buckwheat inter-cropped with bell peppers significantly increased the presence of beneficial insects, which lowered the damage done by European Corn Borers, a major predator. Furthermore, since the peppers did not have to be sprayed with pesticides, which kill off aphid predators, the usual problems with aphids did not arise.

These studies, along with generations, even centuries, of observation and experience, suggest that companion planting can indeed boost yield and help control pests in gardens. This approach, which draws on common sense, traditional practices and recent scientific research, opens up a whole range of possibilities to both backyard gardeners and large-scale farmers.

Since most companions must be planted very near each other in order to have any effect on each other, companion planting is especially well-adapted to small gardens where plants are grown in close proximity and space is at a premium. Gardens that use raised beds, wide rows, or intensive square foot gardening methods make natural candidates for companion planting. It is also a natural ally for organic gardeners, since much companion planting is designed to control pests.

Where a conventional vegetable garden creates a series of small monocultures – all the lettuce is grown together over here, all the tomatoes there, and never the twain shall meet – companion planting encourages a carefully planned and densely planted mix to take advantage of the many possible relationships mentioned above. The mix alone tends to repel many flying insect pests, which actually get confused and give up if they don’t find what they’re looking for soon enough.

You can find a comprehensive list of companion plants on my website at GardeningAustin.com that you can download free of charge but if a long list of compatible vegetables leaves you dizzy, you can instead focus on a couple of basic principles and keep in mind a much shorter list of "don’ts." The principles follow quite directly from the discussion above:

Here are the Don'ts:

Spring gardening is one of the most popular 'at home' family activities and has been for decades. I encourage you to get out with your children and grandchildren to teach them about the wonders and pleasures of gardening. While your at it you might want to implement some companion gardening techniques too.

Joe Urbach is the publisher of GardeningAustin.com and the Phytonutrient Blog. He has lived in the Central Texas area for over 30 years. Urbach is a certified Texas Master Gardener from Hays County. For more information on the Master Gardener program contact the Hays County AgiLife Extension Service at 512-393-2120.