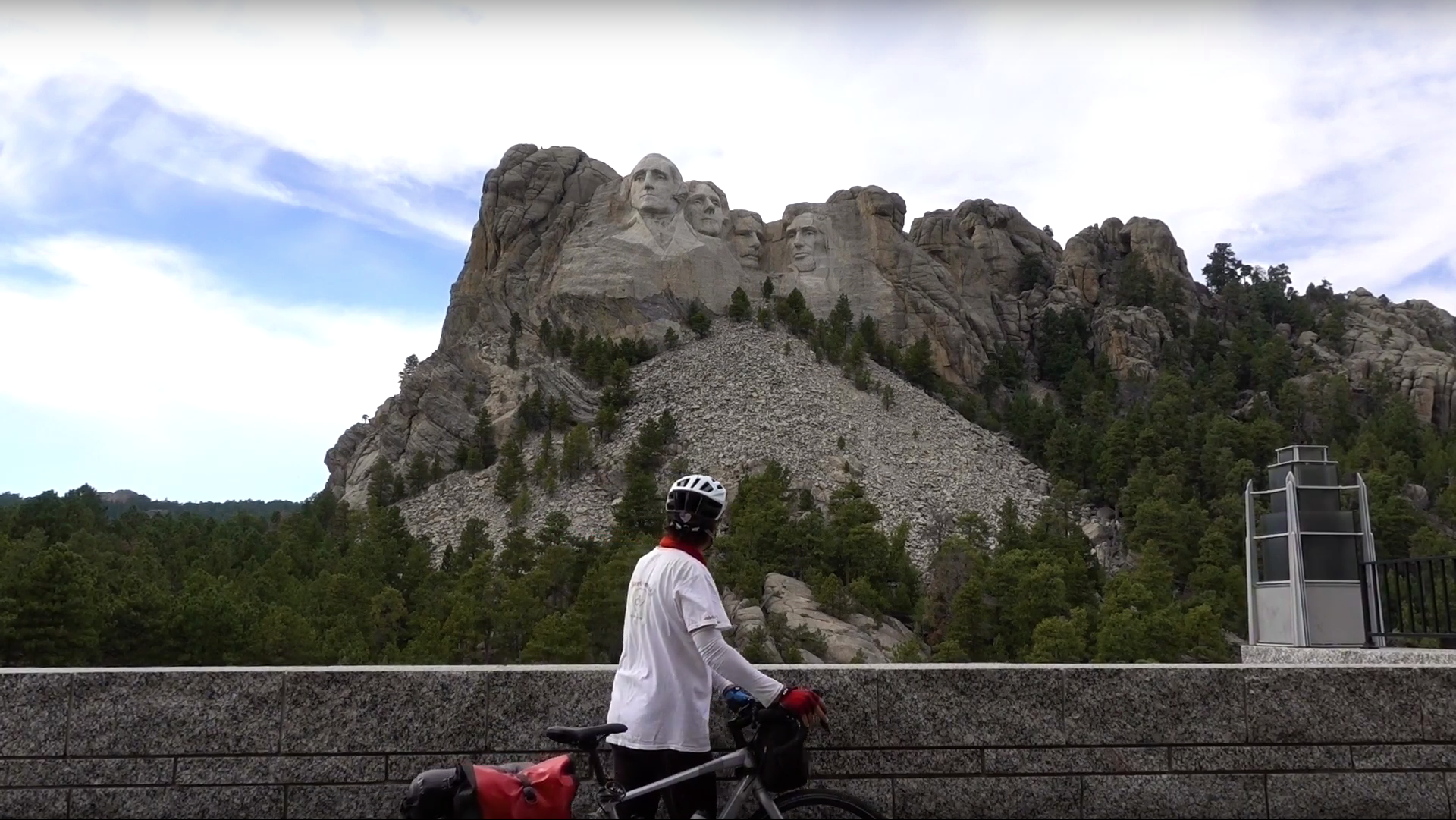 Local resident Kirk Gillock recently finished a 4,250 mile solo cycling tour around America in the shape of a large heart.

The purpose of Gillock's "Heart for America" campaign is to help heal some of the cultural and political division the country has right now. He believes that it takes both sides, the left and right, to be a stronger country and, just like riding a bicycle, balance to keep moving forward.

"If we lean too far left or too far right, we will fall and we will fail." Gillock said. 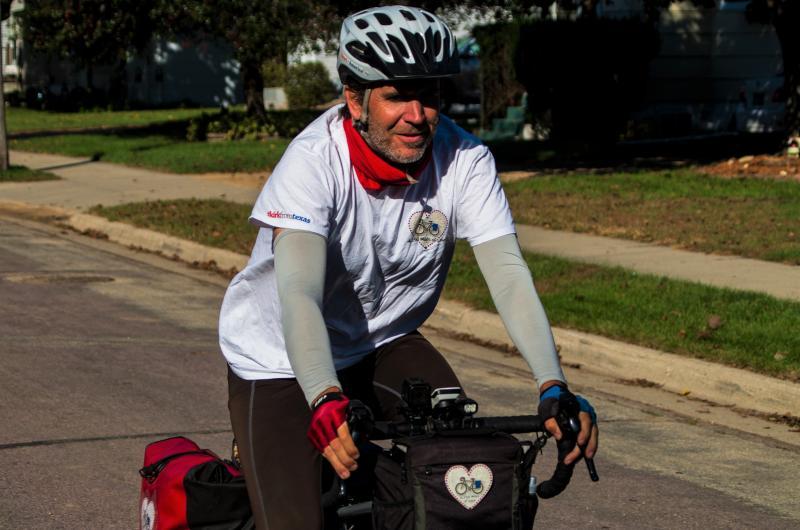 Gillock left from Austin in early August and completed his 12-week bike journey in late October.

He has even decorated his bike red on one side and blue on the other side to symbolize the balance he strives to see in the country.

In 2003, after spending most of his life living and working in Texas, Gillock decided to volunteer in Thailand for a few months, but ended up staying 14 years. While there, he founded a charity and opened a school to help improve the quality of education, road safety and the environment. But after returning to the U.S. last year, he saw how divided his own country was and decided to do something to not only reconnect with America but to help unite his fellow Americans. And according to him, his goal is to get all Americans to remember that we all love America, no matter what political beliefs and that if Americans can work together, all will be happier and better off. 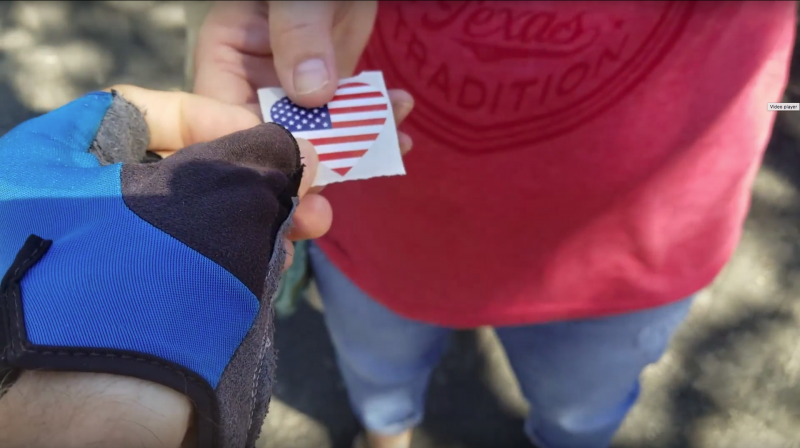 He handed out American heart stickers to everyone he met along the way.

Gillock started his tour on Aug. 2 in Austin and began cycling northwest along the heart shape route he created.

The route included every type of paved and unpaved road imaginable. Kirk suffered extreme heat exhaustion, cycled over a 10,100 foot mountain pass, was almost hit by cars – and horses – and he did not accept any sponsors or donations for his self-funded campaign, all while documenting his entire journey in photos and videos. 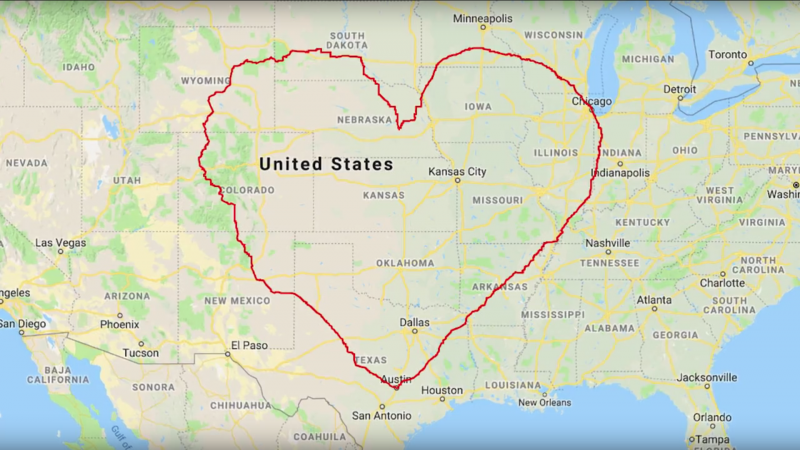 His journey took him through 13 states, averaging 70 miles a day.

Over the course of the journey he lost over 20 pounds. Some nights he would sleep in a tent, but he also stayed in motels or with friends along the way, whenever possible. 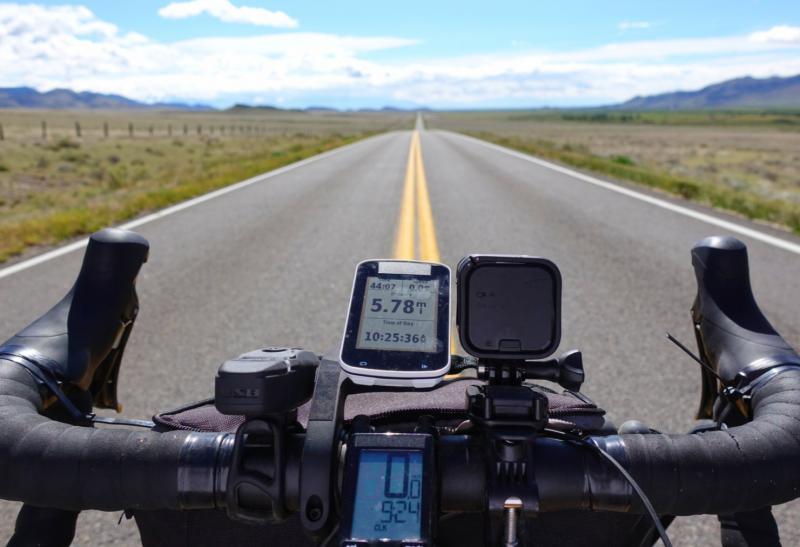 Gillock pedaled through cities and rural towns, over highways and dirt roads through tunnels and neighborhoods.

He returned to Austin on Oct. 26, after cycling a total of 4,233 miles through 13 states and numerous cities and towns.

Along the way he met many friendly people and gave each an American heart sticker and the message he was promoting.