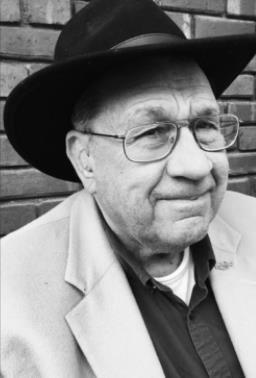 Columnist’s Note: My journey this week has returned to my friend, Paul Buntyn, Pastor Emeritus of Abundant Life Christian Church, San Marcos, Texas. I asked him to share his thought in this week’s column.

A Day that will live in Infamy:

Franklin D. Roosevelt stated on Dec. 8, 1941, one day after the surprise attack on Pearl Harbor, “this is a day that will live in infamy.” Many years later, I believe Jan. 6, 2021, will be added to those moments in American History. I have been sharing excerpts of my life’s journey growing up black in America. Not only about how I learned life’s lessons as an African American whose grandmother was a slave as a child, but also as someone who had to learn how to navigate amid the essence of white privilege. I realize the term white privilege may strike many as derogatory, but I do not point this out to be condescending. American history is drenched with a view of whites as being “better off” than people of color via slavery, Jim Crow, segregation and voter suppression. Another term, called ‘systemic racism’ has shown up across the board in educational opportunities, employment, living conditions and the accumulation of wealth.

It is my hope that all Americans are upset about the events that took place on Jan. 6, 2021 when our nation’s Capitol was stormed/attacked by a mob showing a different agenda. How disheartening to realize that these Americans’ agenda was ultimately to change our historical experiment in Democracy through blatantly one-sided support for an unproven claim. And wouldn’t that approach be more at home in a dictator’s country?

Watching this attack by this predominatelywhite mob brought back memories of what other white mobs have done in the past in this United States to Black people and their communities that were organized and functioning legally:

Unfortunately, these accounts are not taught in our schools. The most egregious part of these mob actions was that there were no consequences or reparations for the more than 25,000 Blacks who lost their homes, their livelihood and were disenfranchised. Sorrowfully, these histories are ignored as if they did not take place.

Watching the assault by some of the majority white protesters gathered on Jan. 6, it is my hope that you agree that ALL who were involved should be brought to justice and prosecuted to the highest extinct of the law regardless of their rank or station they hold. Personally, I feel this event gives a picture of a whiteprivileged movement. My premise is that if it had been People of Color who stormed the Capitol that day, the response from government and law enforcement would have been vastly different from the way it was handled. I say this because history teaches us that lawbreaking privileged people get treated differently than those who do not have any privileged status.

I believe it is time for our nation to repent for the complicity of past wrongdoings. God is helping us see who we really are. Witnessing our elected representatives among those being attacked in the Congress, I remember a quote by Malcolm X, “the chickens have come home to roost.”

Scriptures declare, “there is nothing hidden that shall not be uncovered.” (Luke 8:17)

Please join me in praying that the leaders who are in position to protect the ideals and integrity of our American experiment will do so. Doing what is just and right, may they shine a light so that America can be great again. However, it can never be great if God isn’t the center of all we seek to do. Isaiah 33:22 reads, “For the Lord is our judge (Judicial), the Lord is our lawgiver (Legislature), the Lord is our king (Executive). He will save us.” Amen. Let us not choose to be silent — “The darkest places in hell are reserved for those who maintain their neutrality in times of moral crisis.”