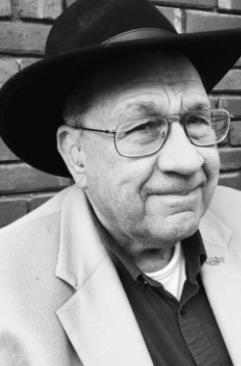 The Journey Continues: The message of ‘Judge Not’

Thirty-five years ago in the United States Regular Army, I served as an Inspector of Training at National Guard and Reserve Units.

Based at Fort Meade, MD, my territory reached from Maine to Puerto Rico along the East Coast of the United States.

On my trips I witnessed America at its best with weekend warriors preforming “service to the nation.”

I inspected one unit on Saturday and another one on Sunday.

One Sunday, I arrived at a guard unit in Fort Mill, SC, a deep south city, for an inspection.

I was approached by the unit first sergeant who stated, “Sir, since it is Sunday, we have a church service; we rotate the guest preacher from all the churches in town. Would you like to join us?”

I noticed that the men called each other “Lintheads” because of their work in the local textile mills.

The guest preacher commanded our attention as he opened his Bible, gazed out over us and began a short sermon.

“I want to tell you a story," he said. “When fighting wars long ago, they didn’t have bombs, cannons and machine guns but rather spears, swords and slings. There was a young, insignificant boy visiting his brothers who cautioned him to be quiet and not upset the Philistine enemy forces, one of which was a giant.

“(Of course by then I knew he was telling the story of David and Goliath) The boy said, ‘I am not afraid; I will fight him,’ continued the preacher …”and without fear the young lad stood off and with his slingshot and a smooth stone, slew the giant, who fell to the ground dead; he cut off his head with the giant’s own sword.

To the dismay of everyone the young boy had killed the giant and routed the enemy.”

As the African-American preacher closed his Bible, and started toward the door, he said, “This story shows that you cannot judge anyone by the way they look.”

We all got the message.

“Judge not” is a good lesson to remember. Matthew 7:1

“Do not judge or you too will be judged”

Prejudging smacks of prejudice. Jesus tells us to examine our own hearts instead of judging others.