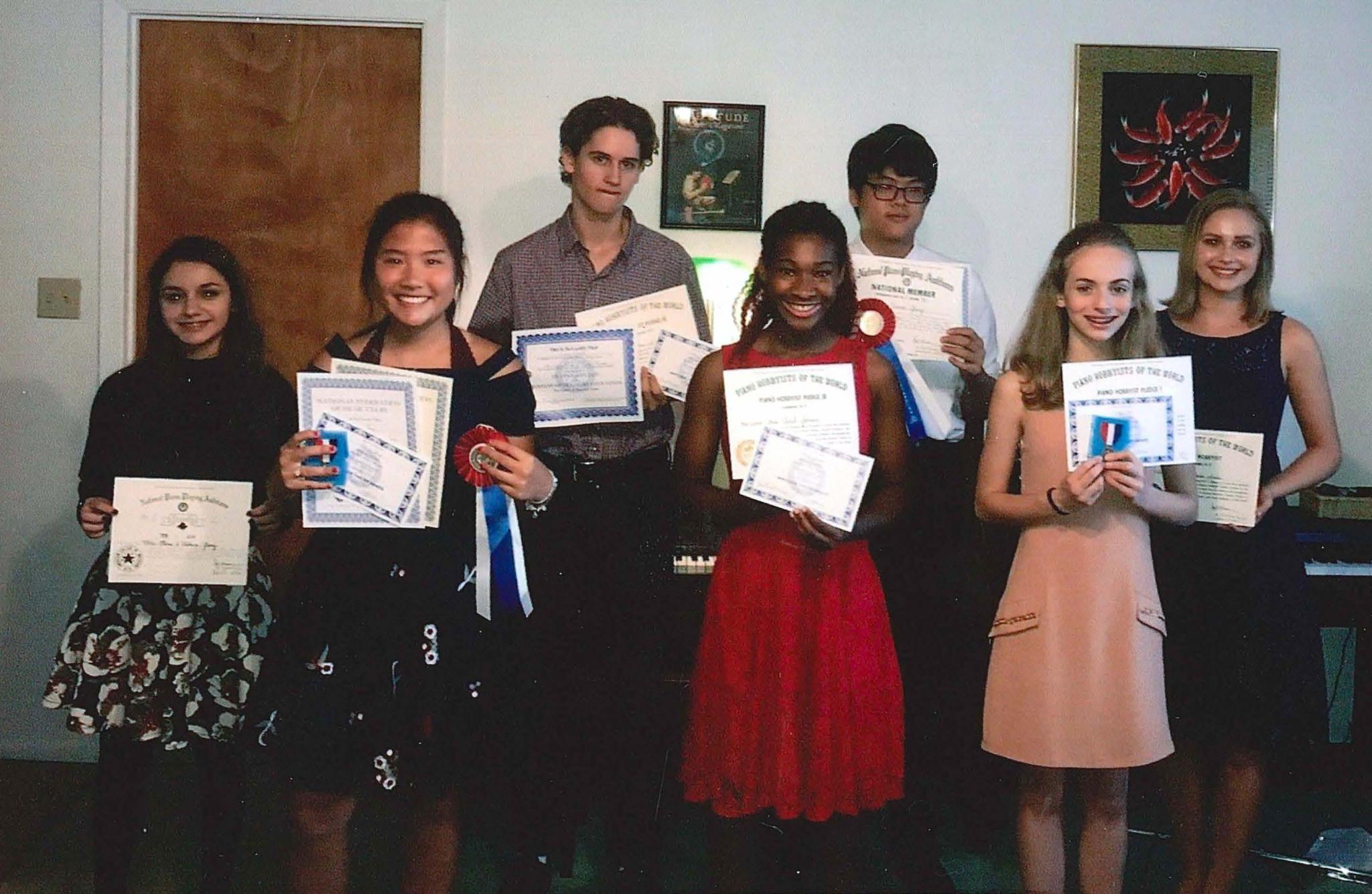 On May 21, the studio of Dr. Karen Munson gave its annual recital for family and friends.  Following the performances, awards were presented to each student.

Participants in the statewide theory tests sponsored by Texas Music Teachers Association were recipients of certificates. Those students were Andrei Apostol, Sarah Johnson, Ceilidh Welsh, Sabrina Zheng,and Vinson Zheng, with special recognition of Welsh and Sabrina Zheng with medals for grades of 92 and 94, respectively.

Texas Federation of Music Clubs held a district festival at Texas State University in which  Johnson and Welsh won ribbons for excellent ratings. Sabrina Zheng and Vinson Zheng won ribbons and certificates for superior ratings for nine consecutive years and five consecutive years, respectively. They advanced to the state competition where they were awarded outstanding student ribbons.

Senior Andrei Apostol was given a certificate as a TMTA student affiliate member for his three high school years. This is his 10th year of piano study with Dr. Munson. He plans to attend the University of Texas in the fall.