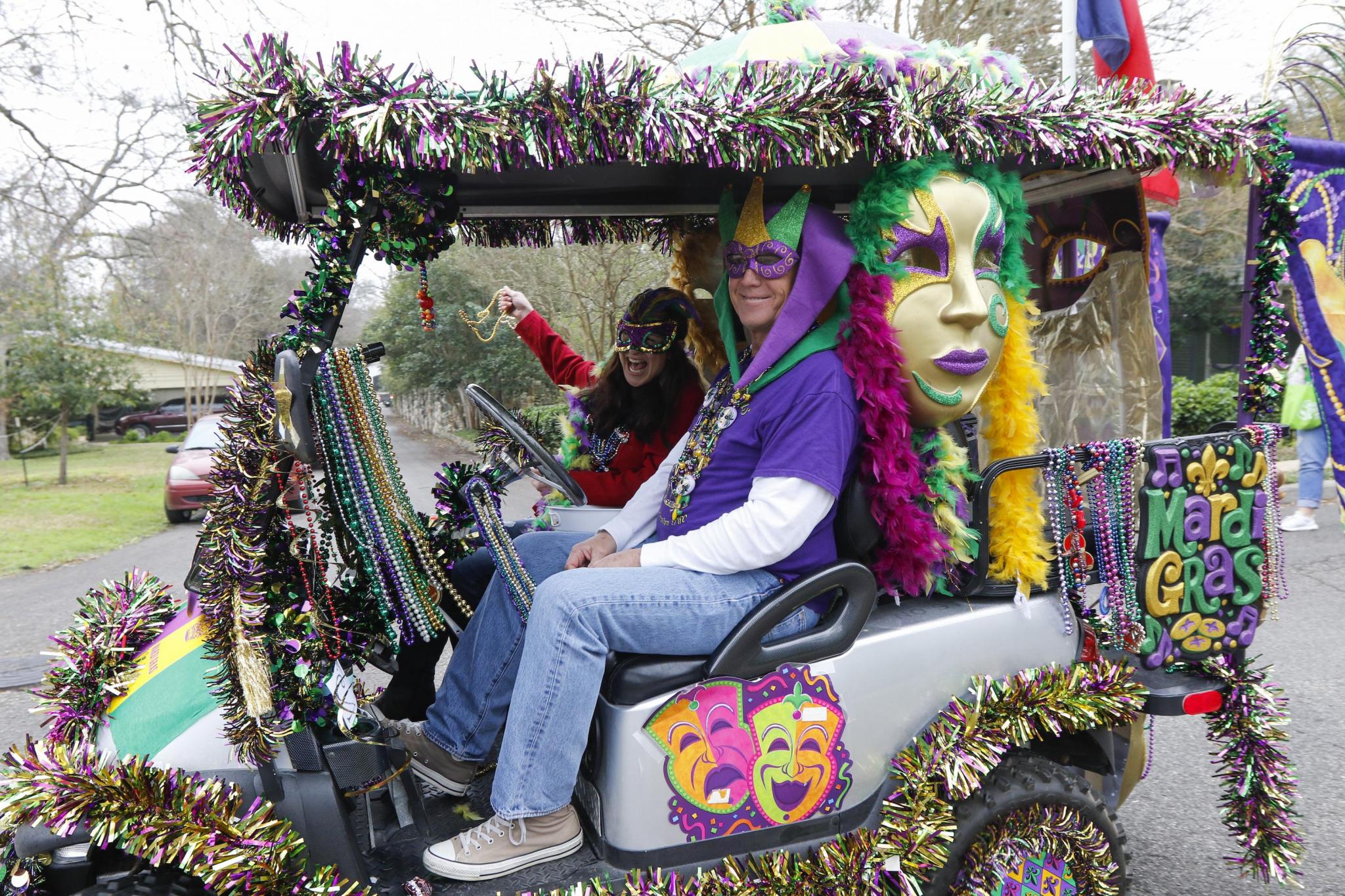 "Laissez les bons temps rouler!" San Marcos' original Carnival Krewe, the Mistick Krewe of Okeanos, will once again bring all the spirit and traditions of Carnival to San Marcos with its 8th annual Mardi Gras Parade on Saturday, Feb. 22 at noon.

The Mistick Krewe's Carnival season begins with the Twelfth Night Masque, held on Epiphany, to honor local notables recognized for their work in the challenging field of historic preservation and conservation and who have made San Marcos a better place to live through their efforts. Longtime San Marcos residents Linda Pennington and Robert Cotner preside as King and Queen of this year's Carnival. 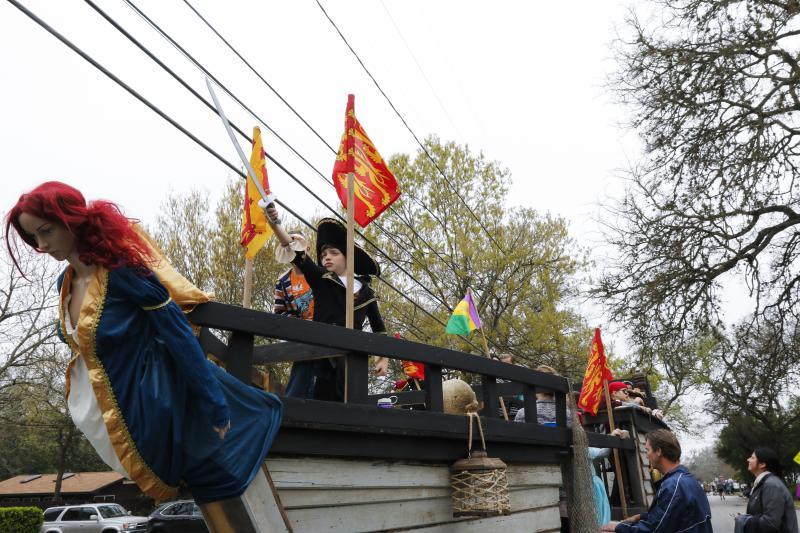 A group of pirates manned the deck of a pirate ship for Michael Rhodes’ 2019 birthday float with his friends and family forming his crew of fearsome pirates.

This year's theme is "American Heritage" and the Mistick Krewe promises all the color, fun and spirit of the first seven parades plus more participants and an expanded parade route.

This year the parade route will begin at Dunbar Park and will end at Grace Lutheran Church at the intersection of Belvin Street and Bishop Street. 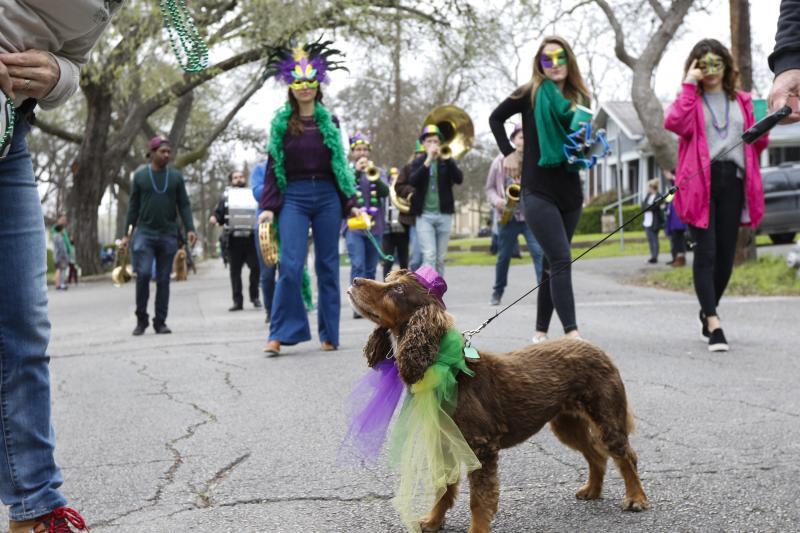 Even the animal parade participants get into the spirit of Carnival.

Participants have been asked to create colorful rolling and walking units representing their neighborhoods/ organizations and following the Mistick Krewe’s theme of American Heritage. Participants will, in Mardi Grasfashion, throw beads, cups and other throws at viewers lining the sidewalks throughout the parade route. The public is warmly invited to attend the parade, which is expected to last approximately an hour. The parade is a family-friendly Mardi Gras parade that is open and free to the community.

The Price Center, 222 W. San Antonio St., will be hosting a Mardi Gras Parade Watch and Pop-Up Party beginning at 10 a.m. and going until 2 p.m. on Feb. 22. There will be live jazz music, food vendors and Mardi Gras merchandise vendors.

The Mardi Gras Parade route will begin at Dunbar Park and will end at Grace Lutheran Church.

Zelicks Icehouse, 336 W. Hopkins St., is the host of this year’s official Mardi Gras Afterparty that begins after the parade ends.

The Mistick Krewe of Okeanos is a nonprofit formed nine years ago to support music and the arts in Texas through the celebrations of Mardi Gras and, in San Marcos-fashion, they take their name from the mythical entity, Okeanos, the Greek deity of the rivers. The Krewe lives by the words “Ex Cultu Robur” – “Through culture comes strength.”

Those interested in being in the parade or for more information about where to watch it, can visit the Mistick Krewe’s website.