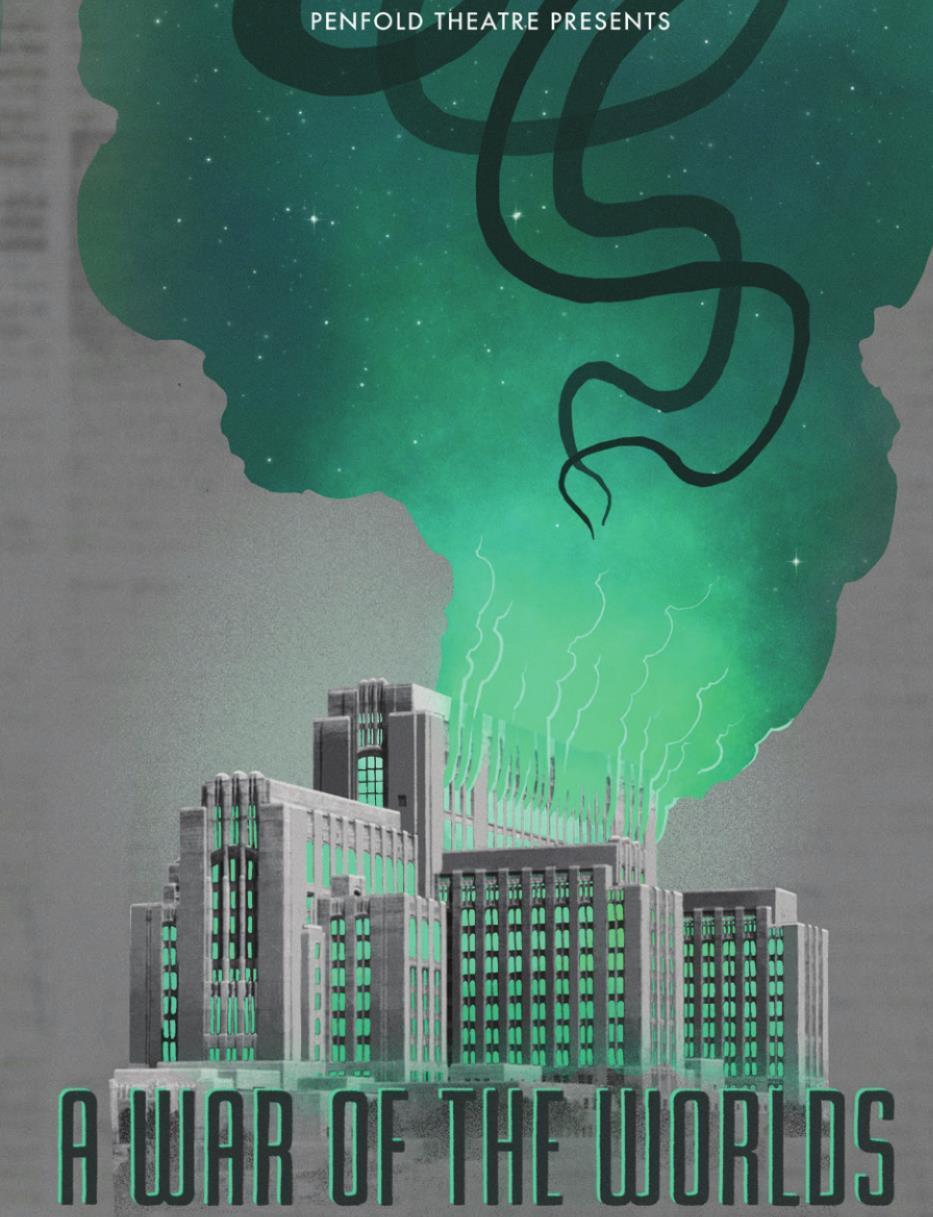 Penfold Theatre Company has announced cast and creatives for A War of the Worlds directed by Marcus McQuirter running June 2 – 18 at Ground Floor Theatre. Using the work by H.G. Wells & Orson Welles, and expanding on this historic radio cast, this world premiere by local playwright Jarrett King is the first in a series of new play commissions.

Combining careful historical research and savvy creative license, playwright Jarrett King connects Welles’ Depression Era world with our own — touching on a wide range of topics, including race relations, fake news, the ethics of media technologies, and “invasion” to name a few — while simultaneously enthralling with the sci-fi thriller that became an instant cultural icon.

A War of the Worlds marks the inaugural work in Penfold’s new play commissioning series which challenges five local playwrights to engage a different “classic” story and create an original work that models Penfold’s values of empathy and hope. Penfold will produce their world premieres, one per year, over the next five seasons.

A War of the Worlds

Both comic and gripping, A War of the Worlds re-imagines Orson Welles and his radio troupe, The Mercury Theatre, as a group of Black artists fighting to hold their place at the CBS radio studio. In the hope of securing a critical corporate sponsorship, Welles orchestrates a last-ditch ratings stunt that causes national panic and secures their undeniable — if infamous — place in media history.

Information on A War of the Worlds is available at penfoldtheatre.org/event/a-war-of-the-worlds/2022-06-18/.

Single tickets for A War of the Worlds are on sale now and start at $16. Discounts available for student and senior tickets. Tickets online at penfoldtheatre.org/event/a-war-of-the-worlds/2022-06-18/.

The needs of the community are changing, and Penfold will remain flexible and responsive. Penfold's COVID procedures are closely linked to city guidelines and scientifically backed practices. Safety protocols for this production will be kept up to date and made available at penfoldtheatre.org. For answers to specific questions, reach out to info@penfoldtheatre.org