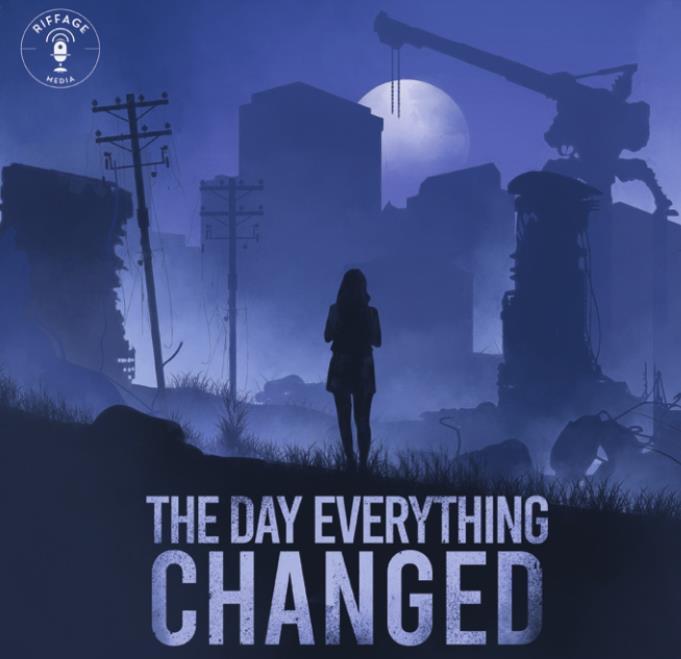 Riffage Media releases season two of its podcast, The Day Everything Changed

San Marcos-based podcast network Riffage Media recently released the second season of its science-fiction drama “The Day Everything Changed,” a follow up to season one of the network’s first audio drama. The five-episode season will be available to listen to for free in its entirety on most major podcast platforms, including Apple Music, Spotify and Audible.

Founded in 2021, Riffage Media specializes in scripted, fiction storytelling in the genres of drama, psychological horror, sci-fi, comedy and improvisation.

All of the cast members are actors in Central Texas or students from Texas State University.

“The Day Everything Changed” is an audio drama about two broken families navigating through a post-apocalyptic world threatened by “sick” and other deadly scavengers in search of sanctuary.

Season one follows John and Sarah, a former journalist and his teenage daughter, a number of years after the events of The Blast altered every aspect of life. In their dreadful journey, they encounter deadly scavengers who want nothing more than to survive at all costs and, as a result of The Blast, the most dangerous threat — the “sick.”

Season two follows Sarah as she struggles to settle in after reaching the Cleveland Safe Zone. Tessa joins the Safe Zone Planning Committee, plotting the next move to expand the zone for new survivors. When an infected search crew returns with word of a missing child from a supply run, Sarah vacates safety to find the child with the help of a new friend.

The cast of Season Two includes: