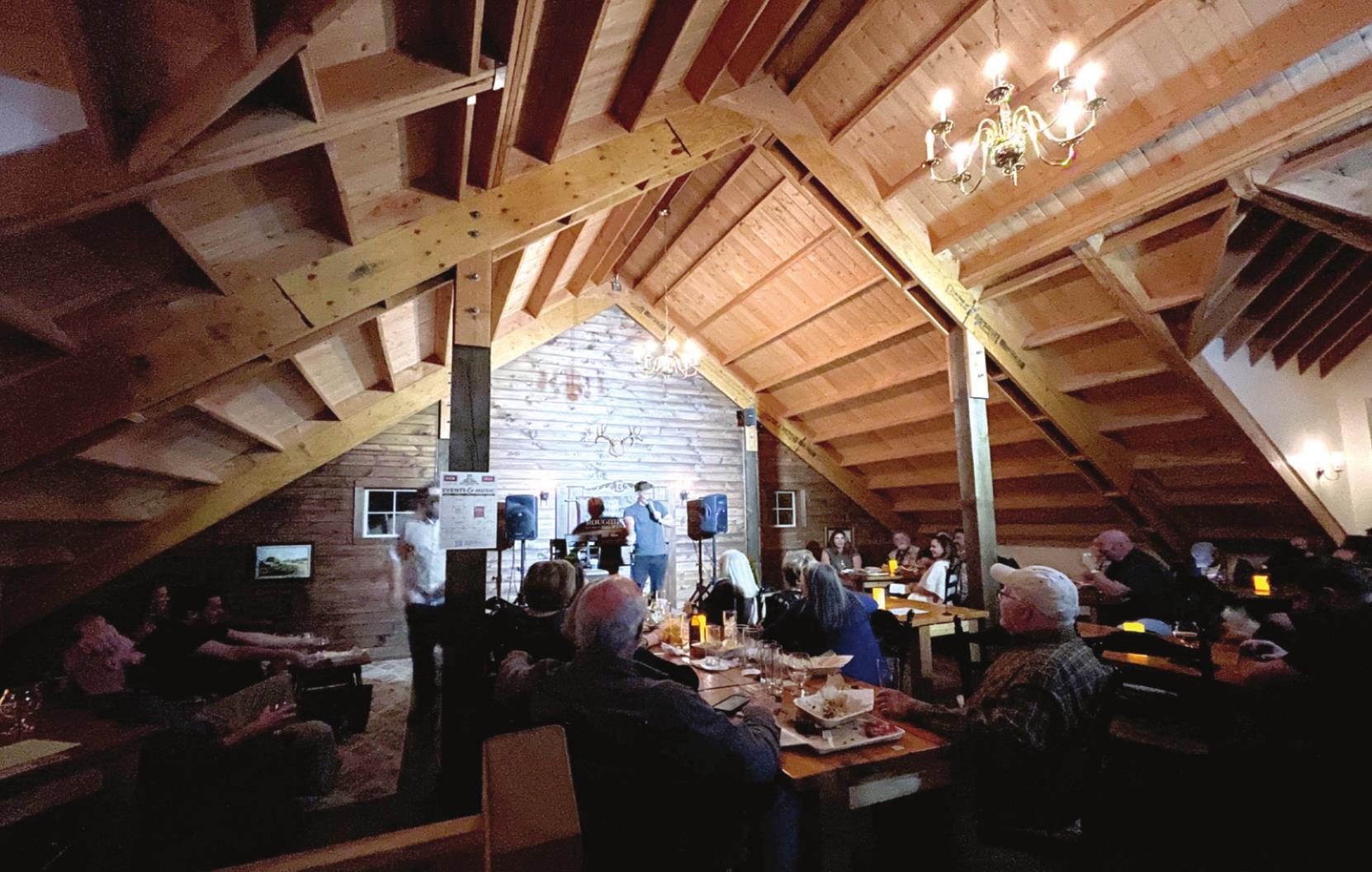 “This is a step above our normal show production,” said Schutze Scores Productions owner Jack Schutze. “We are going to give you a comedy club-style show in the Hill Country.”

Schutze, a lifelong comedy fan, began performing his own stand-up two years ago. “Coming out of COVID and dealing with the stress of everyday life, I was looking for ways to spread joy,” Schutze said. “What better than to gather our friends, turn off our devices and just laugh for a little? It’s not going to change the world overnight, but it will bring happiness to a lot of people for the 90-minute duration of the show.”

Schutze saw a surge of comedians moving to the Austin area, but recognized there were few places for them to perform. “The owners of Roughhouse Brewing, which I am married into the family, were gracious enough to let me test out the show last August,” Schutze said. “We had 70 people show up to the first one and knew we had a hit.”

Roughhouse put Schutze Scores Productions’ free outdoor comedy shows into their regular Thursday rotation. In the process of booking diverse and interesting acts for these shows, Schutze began making connections with all styles of comedy for his showcases, with each show featuring five acts with five different styles.

“Our regular attendees began to request themed shows, so they knew what to expect,” Schutze said. “Our first themed show was a lady’s night on May 28. I picked my favorite female comics from the previous shows and put them all together in one lineup.”

The show sold out in eight days.

“Our next show is a Pride show on June 25,” Schutze said. “Many of my favorite comedians are under the LGBTQ+ umbrella and the opportunity to put my top five on one show was too good to pass up. I was raised to treat people with respect and dignity. Being able to support different comics from different backgrounds is a rewarding and hilarious endeavor. I built these shows to bring smiles to everyone. Inclusion is the whole point.”

Laughs In the Loft: Pride Edition will be held in the loft with reduced capacity. Space is limited to 40 guests and is anticipated to sell out. A ticket on Eventbrite is required and available at eventbrite.com/e/pridenight-laughs-in-the-loftroughhouse-brewingtickets-348910880837. All proceeds from ticket sales go directly to the comics.

The Fresh Tap Free Comedy Showcase continues every second Thursday at Roughhouse with shows on July 14, Aug. 11 and Sept. 8.

Laughs In the Loft: Pride Edition

“I built these shows to bring smiles to everyone. Inclusion is the whole point.”