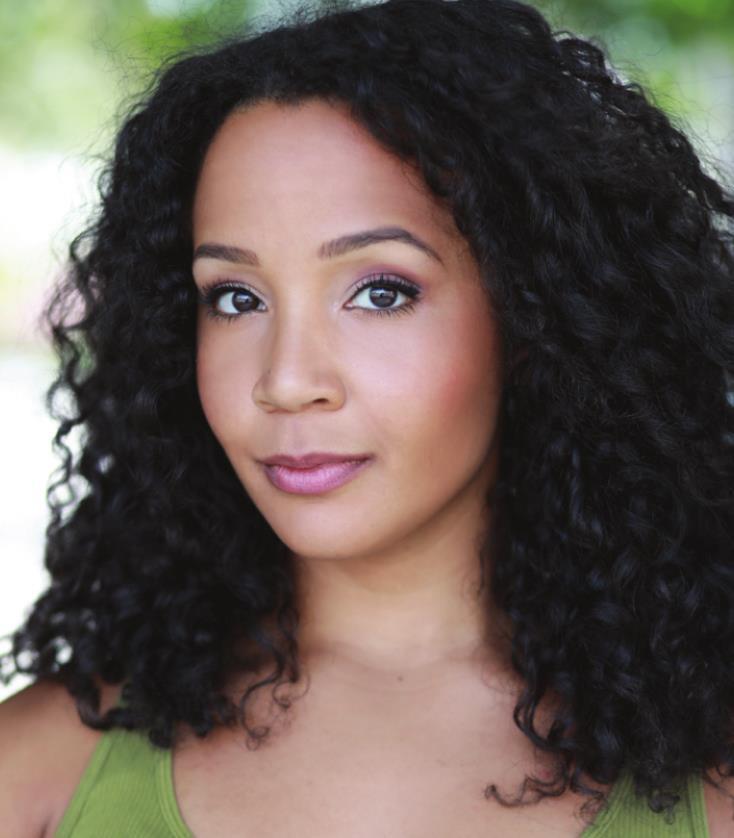 Stephanie Umoh stars as Angelica in Broadway Across America’s production of Hamilton. Photos courtesy of Hamilton

Texas’ own Stephanie Umoh stars as Angelica in ‘Hamilton’

Stephanie Umoh’s career in theater began as many others do: thrust upon an elementary school stage, only to be immediately seized by paralyzing stage fright.

“I had to sing with a bag over my head,” Umoh said. Fortunately, however, Umoh did not back down from this challenge, and with the help of her mother and a series of encouraging teachers, she forged forward into what would eventually become her life’s work.

Umoh, a native of Lewisville, Texas, is currently performing in the Broadway Across America’s tour of Hamilton in the role of Angelica Schuyler. Her list of credits now include the Broadway run of Ragtime as well as roles on TV’s “Blue Bloods,” “NY 22” and “House of Cards.” Additionally, she won the 2010 Theatre World Award for Outstanding Broadway Debut.

But it all began in Lewisville, where Umoh was involved in theater as a way to find herself.

“I was finding my confidence,” Umoh said. “I was involved in theater as an extracurricular, and it gave me a place to be myself.”

Originally, Umoh did not consider theater as a career path, leaning instead toward studying biology. However, upon landing the lead role in a high school musical called “Honk,” a theater teacher told her something that would change Umoh’s trajectory in life.

“It was my first leading role, the role of Ida, the mother of the ugly duckling,” Umoh recalled. “My theater teacher pulled me aside and said, ‘you’ve got to do this.’ That was the first time anybody told me I was good at something. It changed my life.”

Soon after, Umoh and her mother began to do serious research into theater programs, scoring some auditions for schools, including the Boston Conservatory, for which she received a scholarship.

“My world opened up,” Umoh said about her move to Boston. “It ended up being the perfect place for me.”

Umoh’s first big theater break came when she was cast in the iconic role of Sarah in “Ragtime,” which would be her debut on Broadway. “I was 23 at the time and it changed my life,” she said. “I’ve been working professionally ever since.”

Fast forward to the present, where Umoh is now touring with “Hamilton” in the role of Angelica Schuyler, one of the most dynamic and powerful women in Broadway history. Umoh credits the combination of where she’s from, the women who have supported her, and her experiences going all the way back to that first moment on the stage as her inspiration for Angelica.

“I feel very much aligned with this character,” Umoh said, “where I am in my life, who I am now as a maturing woman. I feel very grounded, and I feel like I have this force in me. What I’m feeling personally is like Angelica in her nature.”

The Angelica Schulyer in “Hamilton” is every bit as fiery and strong as the historical figure on which she is based. A cunning and clever socialite, Schuyler found significant ways to influence men around her, including Thomas Jefferson and Alexander Hamilton.

“She gives us the first glimpses of feminism,” Umoh said. “She found a way to be influential even though she wasn’t in the room where it happened. It’s an honor to portray such a strong, smart woman. We don’t see enough strong, smart female leads in theater. I’m honored to be a part of it.”

The current tour of “Hamilton” marks be the first time Umoh has returned to Texas with a touring show. “I’m excited to bring it to the great state of Texas,” Umoh said. “We know how to root and make noise. You can clap. You can laugh out loud. We want to provide that, to be able to have that release. Come and be yourself and have a good time. It’s a really good show.”

Broadway In Austin’s performances of “Hamilton” are set for Dec. 7 - 19 at Bass Concert Hall in Austin. Tickets for “Hamilton” are currently on sale at BroadwayinAustin.com or texasperformingarts.org.