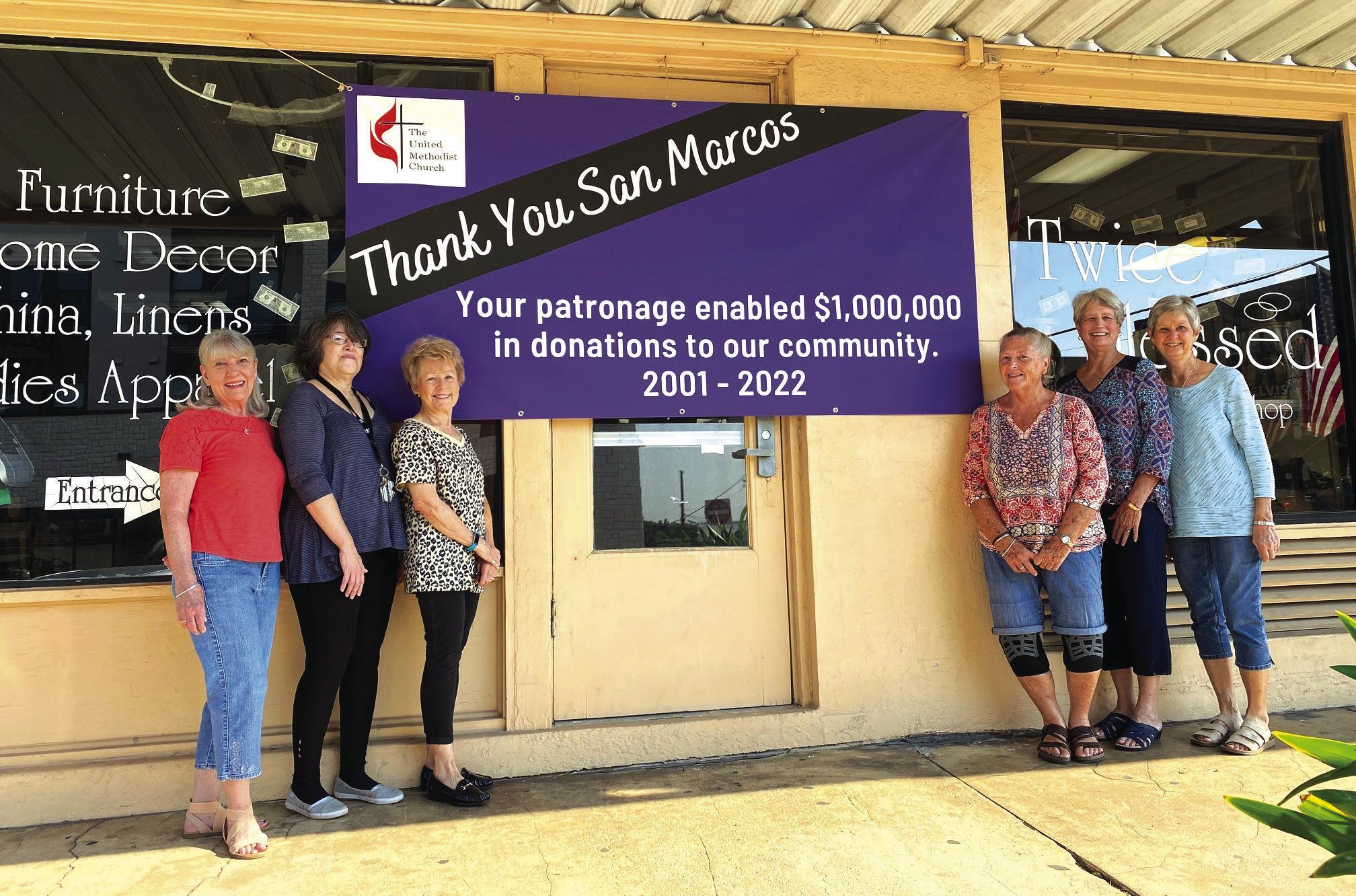 Twice Blessed Consignment Shop, located at 124 West Hopkins, one block off the Square, celebrated its 20th anniversary the first week of March this year.

A ministry of First United Methodist Church of San Marcos, the shop opened its doors on Feb. 20, 2001 under the guidance of Jo Ann Childress, a long-time member of the church, along with founding members Gloria Amey, Shirley Harris, Martha Jackson, Mellie Nicholas, Marilou Rydl and Marguerite Thompson. This ministry uses a 60/40 consignment model, meaning that 60% of the profits go to the consignor and 40% are retained by the store, which makes consignors an integral part of the shop’s success.

It is due to the dedication of the consignors, volunteers and the patronage of the greater San Marcos area community that Twice Blessed is now celebrating the milestone of donating $1 million to local charities such as the Hays County Food Bank, Meals on Wheels, Salvation Army, Hays Caldwell Women’s Center, School Fuel, First United Methodist Church, United Campus Ministries at Texas State University and many others.

The Twice Blessed Advisory Board extends heartfelt thanks to everyone who has helped make the shop the success that it is today.