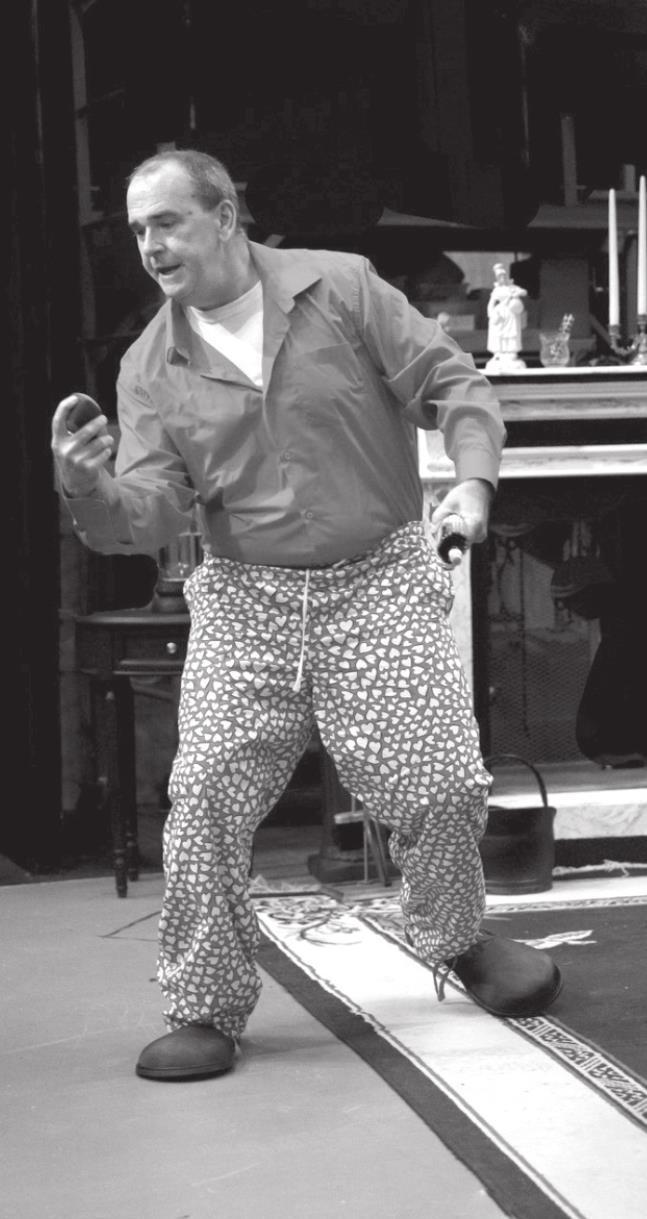 Andrew Wyke is a mystery writer with an obsession for game-playing and fiction. Upon the discovery of his wife’s affair, he invites her lover to his country home for the weekend. A fiendishly cunning game of cat-and-mouse follows, filled with plotted murder, jealousy and revenge. The plot’s twists and turns are audacious, and audiences will be asked not to reveal the outcome.

“Sleuth” opened in 1970 at England’s Royal Theatre in Brighton and later it debuted on Broadway where it ran for 1,222 performances. It received the 1971 Tony Award for Best Play, as well as the Mystery Writers of America Edgar Award for Best Play. In 1972, Shaffer adapted the play for film, which was directed by Joseph L. Mankiewicz, starring Laurence Olivier and Michael Caine. Another film adaptation was released in 2007 with a screenplay by Harold Pinter. The 2007 film was directed by Kenneth Branagh, starring Michael Caine and Jude Law.

Andrew Wyke is played by Joseph Falocco*, an actor, dramaturg, director, author, and Associate Professor of English at Texas State University. He previously directed The Merry Wives of Windsor at the Playhouse. Milo Tindle is played by Danny Mosier, a WP alum seen in recent productions of “It Had to Be You,” “A Lion in Winter” and “The Odd Couple,” among others.

* The Actor appears through the courtesy of Actors’ Equity Association, the Union of Professiona Actors and Stage Managers in the United States.

The theatre is operating at 100% capacity, and masks are optional.

Article submitted by the Wimberley Players