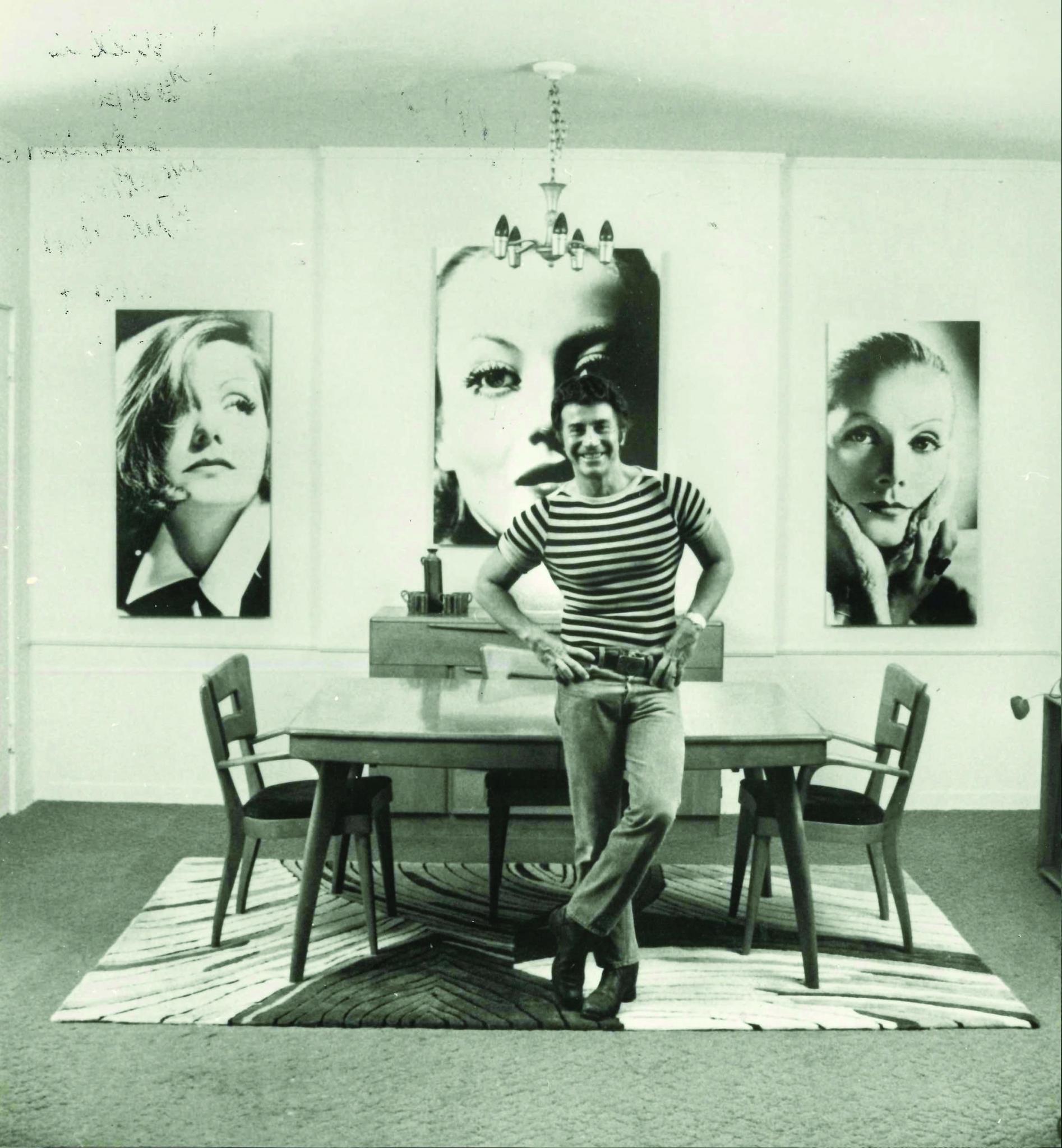 The Wittliff Collections at Texas State University has acquired the complete archive of internationally acclaimed author John Rechy, praised as "one of the few original American writers of the last century," by Gore Vidal, and as “one of Mexican-American literature’s founding authors," by critic Héctor Calderón.

A first generation Mexican-American born in El Paso in 1931, Rechy is the author of 17 books and his work has been translated into approximately 20 languages. He is the first novelist to receive PEN-Center-USA's Lifetime Achievement honor.

"I was born in El Paso, Texas, and for years roamed the country," Rechy said. "Having my archives — reflections of a whole life — reside in The Wittliff Collections, so rich in history and modern life captured by a diversity of voices, is, for me and my work, a return home, the grand home where we belong."

In presenting the Robert Kirsch Los Angeles Times Lifetime Achievement Honor to Rechy in 2018, critic and author Jonathan Kirsch said "Fifty-five years ago, Grove Press published John Rechy’s 'City of Night' and American literature was forever changed. The story of a gay street hustler, the book is both gritty and beautiful." 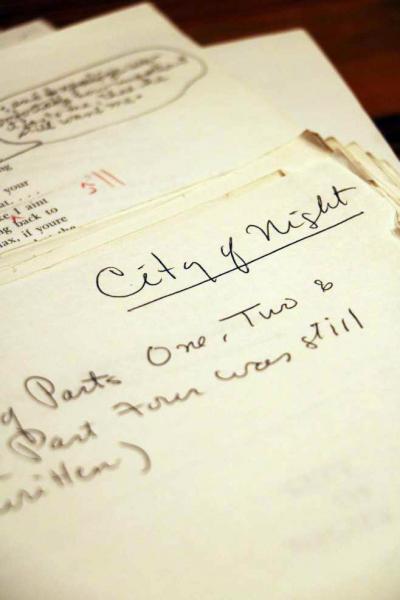 Among the many highlights in the collection are the galley proofs on which Rechy virtually rewrote his debut novel, "City of Night," with pen and pencil on the margins and on typed pasted strips.

"John Rechy is a literary legend and is one of the greatest writers to come from the American Southwest," said David Coleman, director of The Wittliff Collections. "Mr. Rechy carefully maintained his literary papers from the very beginning of his career and the breadth and depth of the resulting collection is extraordinary. This archive will nourish the significant and ongoing scholarly interest in Mr. Rechy for generations to come."

Rechy’s literary papers comprise more than one hundred boxes and include the original manuscripts and drafts of all of his written work — published and unpublished — spanning more than 70 years of his work.

Among the many highlights in this collection are the galley proofs on which Rechy virtually rewrote his debut novel with pen and pencil on the margins and on typed pasted strips.

Also included is the original manuscript with many revisions of Rechy’s first actual novel, "Pablo!" written when he was 18 and published in 2018. In his introduction, Francisco Lomeli, professor of Chicana/o studies at the University of California, Santa Barbara, places it among the most significant works of early Hispanic literature and a precursor of "magical realism."

Along with voluminous correspondence with other writers — and fully detailed correspondence with his various editors and publishers — there is a singular collection of the author’s prolific early 1960's correspondence with a friend and patron, written while Rechy had returned to complete "City of Night" in his mother's home in El Paso. This treasure trove of letters serves as a virtual diary of one of the most significant periods in Rechy’s personal and literary life.

Many of Rechy’s other books have also been widely acclaimed. "The Sexual Outlaw: a Documentary" was listed by the San Francisco Chronicle as one of the 100 most important non-fiction works of the last century. The New York Times recently included the same book in a short list of works influencing “generation- X.” "The Miraculous Day of Amalia Gomez," along with other books of his, is widely taught in literature courses. In 2018, "After the Blue Hour," won Lambda Literary Foundation’s Best Fiction Of The Year Award.

Anthologized in his 2004 book "Beneath the Skin," Rechy's essays and film and book reviews have appeared in The Atlantic, Nation, New York Review of Books, Texas Observer, Dallas Morning News and The New York Times Book Review. They range in subject from groundbreaking investigative reports into conditions at Huntsville Prison and in juvenile detention facilities in El Paso; the military persecution of the GIs For Peace; early gay protests in Los Angeles before the Stonewall riots; and explorations into the life and death of Marilyn Monroe.

From his background, there are historical photographs and early press writings, including a pen-written gold-embossed invitation from Porfirio Diaz to his grandfather, Diaz's personal physician. 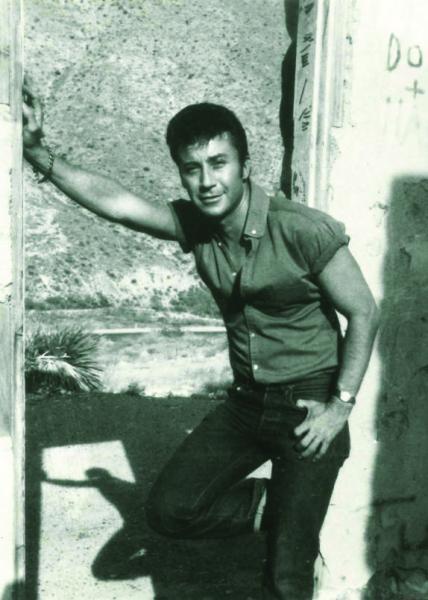 One of the archival photos of Rechy in his hometown El Paso.

Among artifacts in the collection are Rechy's classic leather jacket and Tony Lama boots that are featured in his writings and that Rechy identifies as part of his attire "back in the day" on the streets; also, the Underwood typewriter, rented and later lovingly purchased.

His artwork during his teen years features a favorite rendition of a beautiful dark-skinned Mexican young woman and a blonde American angel.

Praised for his "bold and inventive" style and his "power to move and exhilarate," Rechy, an National Endowment for the Arts Fellow, is the recipient of the Publishing Triangle’s Bill Whitehead Award for Lifetime Achievement. In addition to his PEN-USA lifetime distinction, he is the first recipient of ONE Magazine’s Culture Hero Award. In 2014 he received the Luis Leal Award for Distinction in Chicano/ Latino Literature.

He is also the author of three stage plays – "Tigers Wild," "Rushes" (based on his novel of the same title) and "Momma As She Became – Not as She Was," a one-act play widely staged.

In 2003, the University of Southern California’s Annenberg Center of Communications produced an interactive CD-ROM of Rechy's life and work, titled "Mysteries and Desire: Searching the Worlds of John Rechy."

The Wittliff's Collections now holds more than one hundred boxes of Rechy’s literary papers including the original manuscripts and drafts of all of his written work — published and unpublished — spanning more than 70 years of his life.

Once the Rechy Papers are archivally preserved and processed, they will become available to researchers and selected highlights from the collection will be exhibited at The Wittliff. A recent review of dissertation abstracts indicates that some 30 scholarly dissertations and theses have already been produced on Rechy.

"We are excited about the opportunity to facilitate much additional research on this important American author," Coleman said.