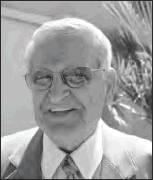 A WORD ABOUT RECYCLING with Ollie Maier

Since we haven’t talked about the recycling of electronic items for a while, here are a few items taken from the recent E-Scrap News newsletter. The first item was titled “Report: U.S. generates the most e-scrap per person.”

In a study, with a primary purpose of finding out the challenges and opportunities related to e-scrap, providing a baseline for the recycling industry and policymakers to plan effectively for increased e-scrap recovery, researchers looked at the global generations of both used and end-of-life electronics. They wanted to see what the future of electronic scrap might be like.

The study found the U.S. generates the most e-scrap per person. Could it be some of us are never satisfied and always buying the latest? However, because of its greater population, Asia generates the most volume. For the whole world, the report showed some interesting figures for 2016 – the latest available figures.

Breaking that total down by areas shows the amount per person and total amount.

Here are their figures:

• Western Europe: 20.2 kilograms per person for total of 9 million tons

• Eastern Europe: 9.7 kilograms per person for total of 2.8 million tons

• Latin American and Caribbean countries: 6 kilograms per person for total of 3.7 million tons

• Asia-Pacific countries: 3.6 kilograms per person for total of 15.9 million tons

• Africa: 1.5 kilograms per person for total of 1.8 million tons

It should be noted, according to the report, these volumes are increasing fast. Total worldwide generation in 2025 could be 58.9 million metric tons compared to the 10.9 million tons in 2016. There is a lot more recycling to be done.

Enough stats, let’s talk now a little about what a couple of states are doing regarding recycling. We’ll start with Maine where a bill on electronic recycling became law after a veto by its governor.

Under the former law, businesses were charged the cost of recycling TVs and video game consoles based on the amount of new TVs and game consoles they sell on the market. But for IT equipment – which includes portable DVD players, monitors, laptops, tablets, e-readers, printed and digital picture frames – they are charged based on the weight of their own products collected for recycling.

The new law requires, “that all calculations now be based on share sold into the market.” It is felt this will reduce the costs of labor, storage and administration.

Maine was one of the first states to pass legislation – in 2004 – creating a statewide framework for electronics recycling. California, in 2003, was the first.

Also somewhat interesting, Connecticut is the only remaining state to calculate manufacturer recycling requirements based on what is actually collected for recycling and not on market share of sales of new products.

Going to a state a little closer to us, I found, Missouri regulators plan to delete nearly all regulations under the state’s electronics recycling program. This is apparently a part of their efforts to reduce the red tape businesses are hindered with.

Their rules coordinator explained, “Everybody will still have their responsibilities. We just won’t have the duplication in the rule.

“We’re trying to identify rules that are outdated, unnecessary, duplicative.”

I’m sure businesses in all our states would like to see many such red tape rules done away with.

Till next week, do have a great one...

--Ollie is a local citizen concerned with the environment and helping others. A retired Air Force fighter and instructor pilot, he is a graduate of Leadership San Marcos and received his degrees at Texas State University where he worked on staff before totally retiring. For questions or comments, he invites you to call him at 512-353-7432 or e-mail omaier@txstate.edu.