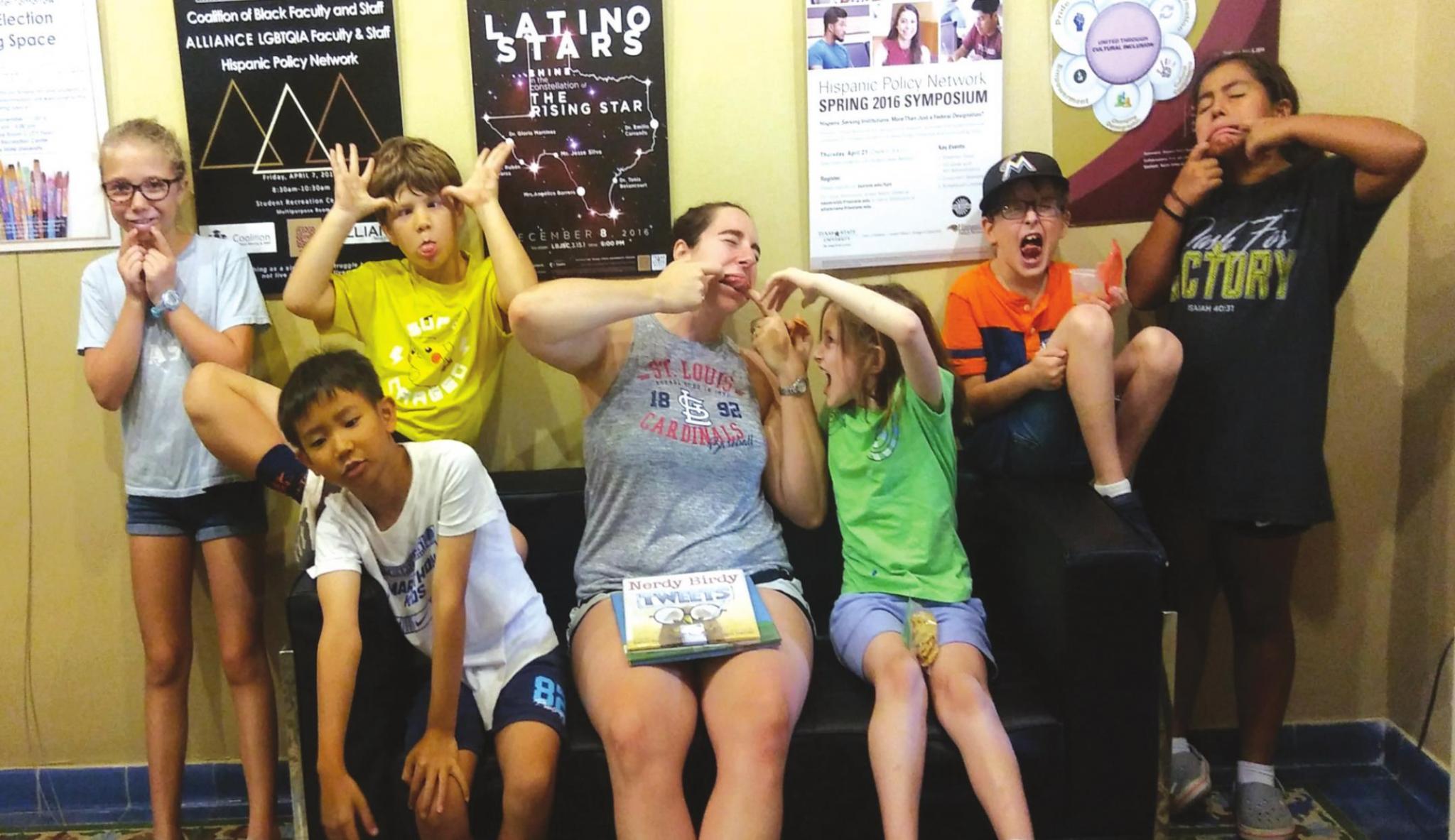 The Central Texas Writing Programs at Texas State University has been lowering creative inhibitions of young writers since 1998.

Some writers take naturally to the art of storytelling, embracing the flow of the written word from the moment they pick up a pen. Others come to the craft with trepidation, feeling their way forward around the words as they write.

Then there are those for whom writing is a lifelong struggle. These are the writers who feel anxiety when confronted by a blank page and worry how on earth they will ever manage to fill it. 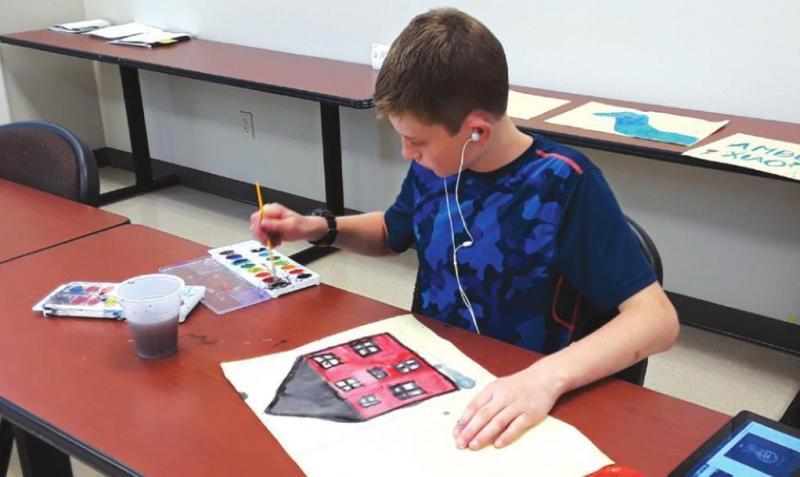 Regardless of a writer’s interest or skill level, the Central Texas Writing Program offers summer youth camps designed to help young authors, poets and students embrace their inner storyteller to become more confident and capable in their skill with the written word. “We try to give a lot of freedom in creative writing,” said Diane M. Osborne from the Curriculum and Instruction Department at Texas State University. “And a friendly, non judging kind of audience. It helps the writers become more confident.”

This summer, the CTWP will offer seven Youth Writing Camps – some virtual and some face to face – to help encourage young writers from ages 5 to 18. Each camp endeavors to meet the young writer where they are in their comfort level and expand from there. The two-week long sessions feature instructors who have completed the CTWP graduate program, making them master teacher consultants through the National Writing Program. In addition to teaching the summer writing workshops, CTWP program graduates can also work with districts to offer workshops in schools.

“Our teachers are very dedicated and passionate. We have teachers from Hays, San Marcos, Northeast ISD,” Osborne said. “Some are retired teachers. Some are returning. They’re from all over.” 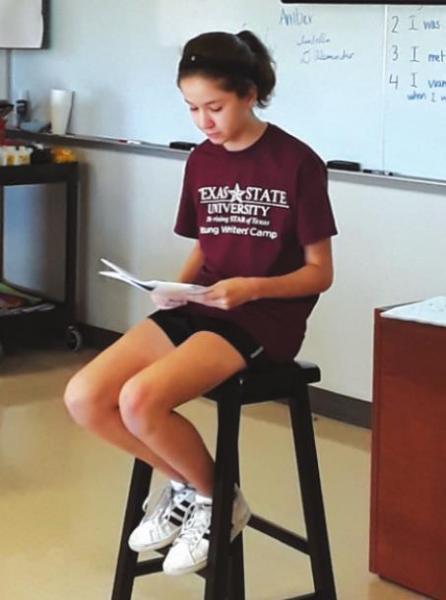 In fact, Osborne said one benefit of hosting all only workshops last year was that they were able to have students from all over, too, which allows the writers the opportunity to broaden their horizons as they share their work.

This year, as the Texas State campus opens up, the CTWP will host two of their camps with a face-to-face format while continuing to host the other five online. “We don’t stay online the whole time we’re virtual,” Osborne explained. “They get a lot of independent work, then they come back and share. It’s as close to being together as physically possible.”

Osborne also pointed out that even students who don’t consider themselves writers will benefit from the camps because every academic subject and even real life applications rely on writing skills in some way or another. 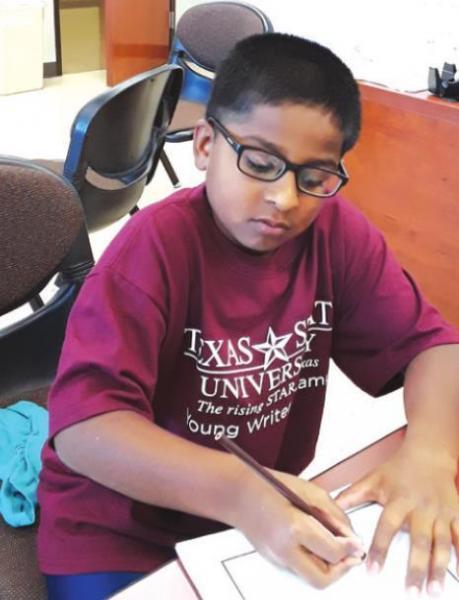 “We take everyone whether they love to write or don’t love to write,” she said. “We do have some kids who come in who haven’t written a lot. If they’re struggling with grammar, we do give them guidance, but it’s not formal. We encourage them to get their ideas out. It’s inspirational when they see other kids who write, and we try to make it relatable to things they do every day. We give them pieces of interest and build on that.”

Though the program focuses mostly on fostering younger writers, it also strives to strengthen the instructors as well.

“We’re trying to empower them that, yes, they’re writer’s too,” Osborne said. “We want them writing along with their students. We do a lot of mentoring and coaching, making it fun and relaxing, something to remember. It’s a confidence builder.”

Many young writers and instructors alike have an interest in publishing, and the CTWP summer camps also help with that.

“It is pretty cool to see your work in print,” Osborne said. “We have partnered with Scholastic when they do their writing awards. We’ve had maybe six from this program receive the Gold Key, and they got their award at Carnegie Hall.”

The CTWP was the brainchild of Liz Stephens, who began the young writers summer camps in 1998 through the office of Curriculum and Instruction at Texas State. Since then, the program has continued to reach teachers and student writers with an atmosphere of creativity, acceptance and support. For a complete list of summer writing camps, visit the CTWP website at education.txstate.edu/ ci/ctwp/youth-programs/ summer-camps-menu.html or by calling 512-245-3680.

"The coordinators there were always super supportive, and fostered creativity with their encouragement. It helped me strengthen my abilities not only to write openly, but to think openly," Parker Dumas a CTWP participant said.