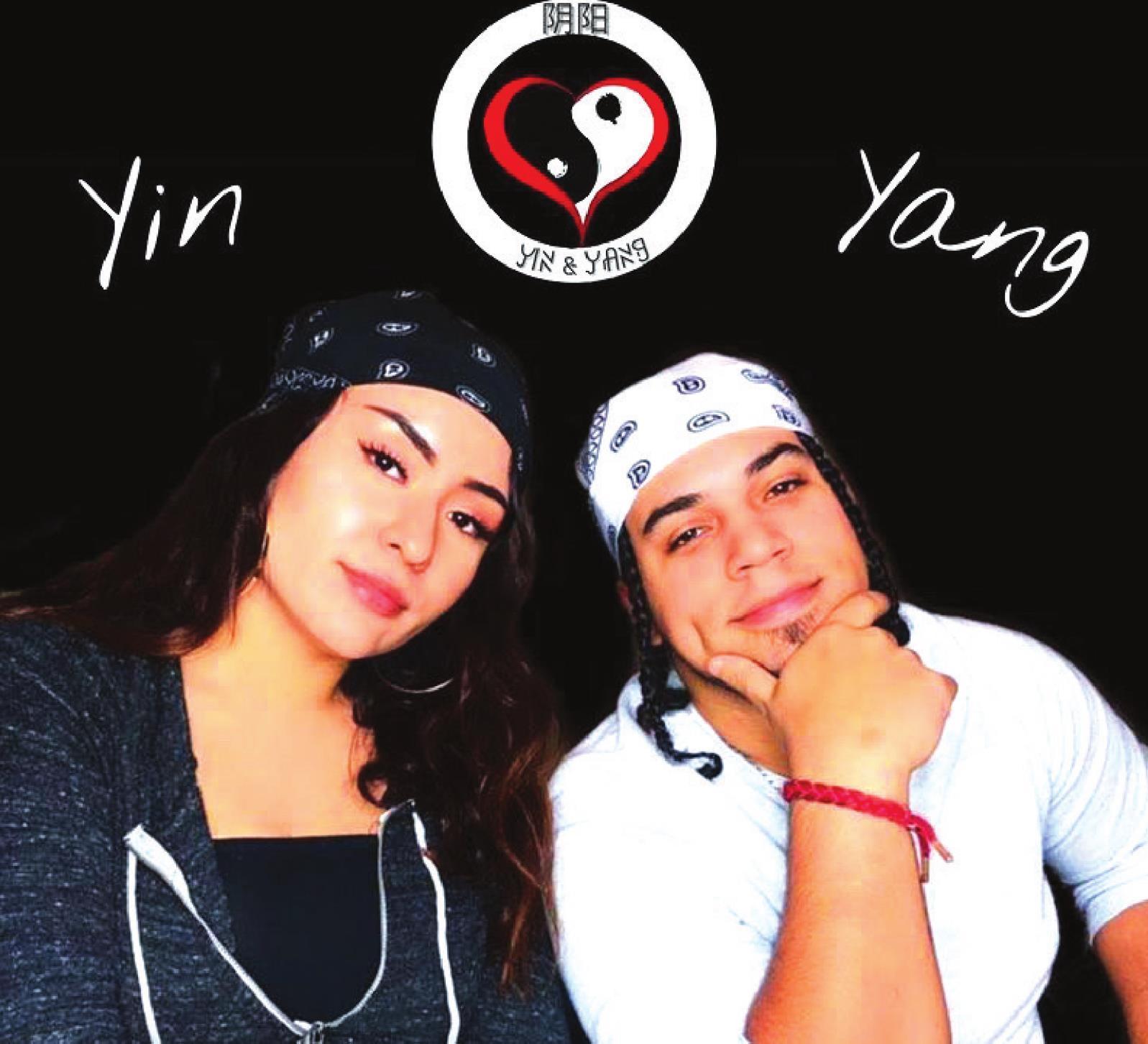 From their first-ever music video, Destiney and Gabriel Jackson show off their matching Yin & Yang tattoos. 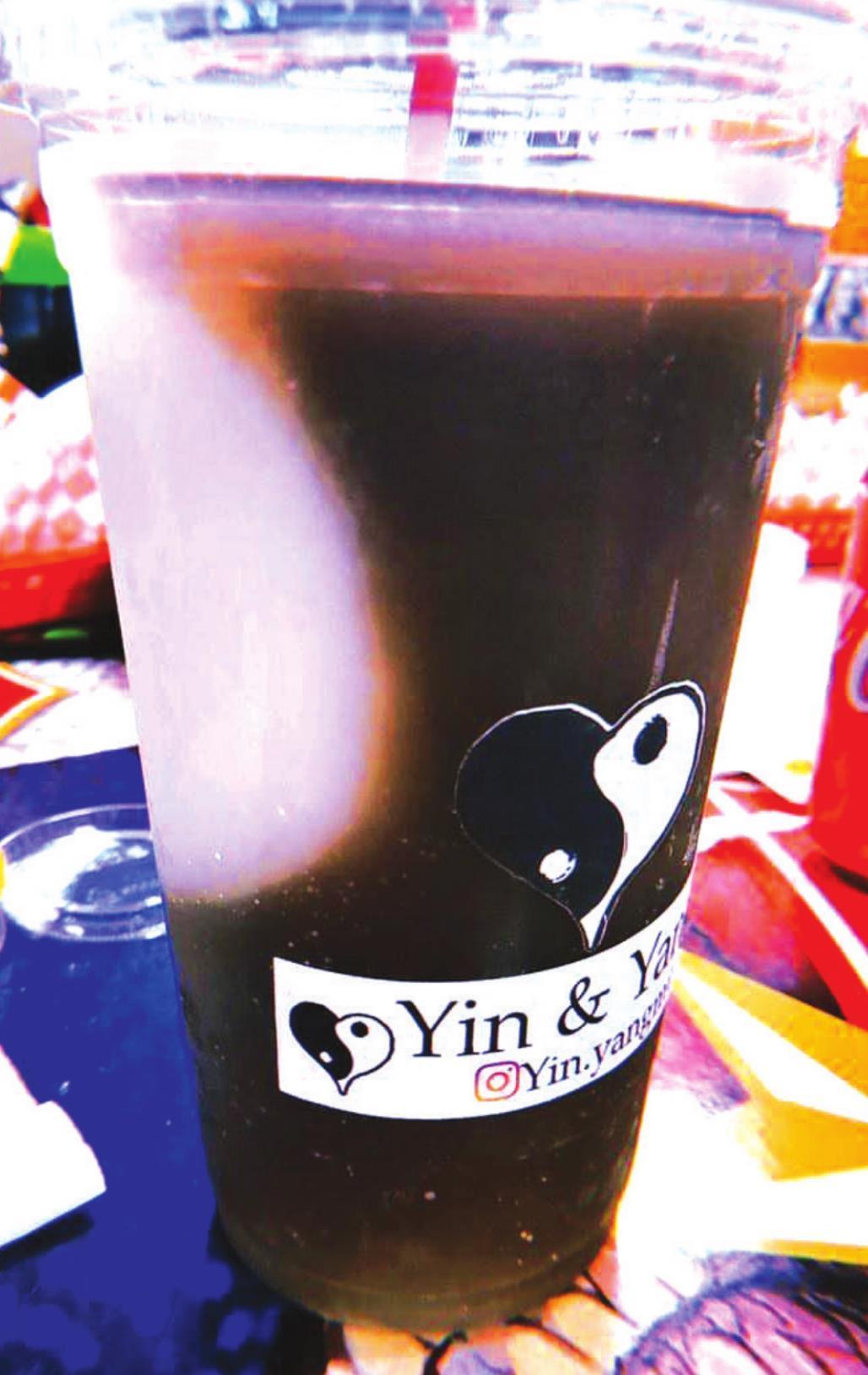 Many people these days feel that the world has become a more divisive place. After a year-long quarantine, political turmoil and a plague of hate crimes, perhaps it’s no wonder that so many people feel more disconnected than ever before.

Gabriel and Destiney Jackson are unique as one of the first married pairings in the hip-hop scene. Even more unusual is their focus on commitment and togetherness, especially in an artistic climate that champions lust, self hype and material wealth.

“Everyone who’s come across our brand says they love what we represent,” said Gabriel Jackson about the message he and wife Destiney hope to share. “We’re all about loyalty and being happy and proud to represent a relationship and a bond, especially in a time when it’s popular not to care about that kind of thing. These days just in general it's more about ‘me, me, me’ and not as much about me and someone else.”

Though the Jacksons have been together going on three years, they broke into the San Marcos hiphop scene in October of 2020 when they started performing as practice at Longhorn Daiquiris.

“They invited us to their Austin location,” Destiney explained, “so we started doing open mics.”

Longhorn Daiquiris Austin hosts competitions, and in no time, Yin & Yang had won two of them, scoring a $200 prize in the first against 25 other artists.

“That was a hip-hop scene that was more rapheavy,” Gabriel said. “So for the couple to have won, it really caught people off guard.”

In addition to being a married hip-hop pairing, Yin & Yang likes to shake up people’s expectations.

“Destiney is the rapper and I do more of the vocals,” Gabriel said, “which is different from what people expect. I’ve been rapping for 10 plus years. She’s fresh, rookie, out-the-gate on fire. She’s better than I was in my first five years. It’s crazy. ”

In their case, it’s been a welcome and refreshing detour from mainstream. After winning their second competition at Longhorn Daiquiris, Yin & Yang scored the chance to perform their first out-of-state show in Atlanta.

“That was an exciting experience,” Gabriel said. “We’ve already performed in ten venues just in Texas, places like Buck’s Backyard in Buda—”

“Yeah, and we’ve done a few here in San Marcos,” Gabriel went on. “Including Longhorn Daiquiris. There’s not another venue around here that really supports hiphop like they do. They give opportunities to young artists of all kinds.They’re the ones that created our signature daiquiri, so if you’re ever in town, ask for our drink.”

Though they’re just starting out in the independent music business, Destiney and Gabriel have already begun to see their success. Recently, they recorded songs with Grammy-award winning sound engineer Joshua Smith.

“He has stumendous credits — I don’t even know if that’s a word but it should be! — his credentials are through the roof,” Gabriel said.

“Dude is amazing,” Gabriel went on. “The thing is,” he added. “We’re a new up-and-coming group and we want to be versatile. We want to do things a little different. So instead of releasing an EP or an album, we’re going to wait on that for a while and have a thing called a Hit List. It’s one song a month. We have a list of songs on our Instagram, so you can catch the vibes as they’re coming.”

“You can see our progress,” Destiney explained, “and any changes we made to it.”

Social media is very important to Yin & Yang, not only as a platform for sharing music and engaging with their fanbase, but also because they met each other on Instagram.

“He slid into my DMs,” Destiney laughed.

“We were just dating at first, getting to know each other a little bit,” Gabriel said. “Then one day, we had a serious conversation about God. It literally changed everything. It made me change the way I looked at her, and it changed the way I looked at our future. Since then — that was before we even talked about music — so once music got involved, it was like, now we see our purpose.”

This message is embodied in one of their most popular songs, Taken. It’s an upbeat rap-anthem about the paramount principle of loyalty and how it influences their life and success. The lyrics advise young listeners to block anyone who would dishonor your union with your partner. This also ties in with the goal of becoming an inspiration for a younger generation of hip-hop fans who are longing for commitment and connection rather than the established culture of materialism and one-night stands.

“We want to come out and speak to the kids,” Destiney said.

“We’re pushing toward the younger generations,” Gabriel agreed. “Everybody’s gimmick is lust or money. But we have a message of love. The goal is to save souls. We do this to bring peace, to help people understand what love is.”

“My grand hopes are to bring love and peace and balance to anybody that I can,” Destiney said. “If that’s the whole world, great. But if it’s just a few selected people, then that’s great, too. Just so long as I’m fulfilling my purpose on this earth.”

Another thing that separates Yin & Yang from the typical hip-hop crowd is their focus on being family friendly with songs that don’t feature cussing or sexual language, but will encourage people to get up and move.

“Bruno Mars. I love that type of music,” Gabriel said. “More of a pop-style but we rap with it.”

“We bring something different,” Destiney added.

Though Yin & Yang has their sights set on a global mission of love and unity, they also draw influence from San Marcos, and from Texas as well. In a style Gabriel dubs hip-hop harmonica, he incorporates Texas blues elements in their songs.

Gabriel, 26, and Destiney, 22, are starting out young in the music business, but they’ve already begun to plot their course for success. They begin each day looking at their vision board, which contains a bulleted list of the things they aim to accomplish. Afterward, they engage with their fanbase on social media, posting with inspirational hashtags such as #BeTheBalance, #powercouple2021, #marriedlife, #happilyeverafter and #texasduo.

“As an independent artis there’s so many things you have to juggle every day, and those areas have their own bullets, so you have to write them down to keep track of everything,” Gabriel said. “It’s a fulltime job on top of your full-time job.”

Though they’re working day jobs to support their hip-hop career at the moment, because of their meeting and their commitment to each othe they have deep faith that they’re part of a grander plan.

“The Divine Force of Life,” Gabriel said. “We didn’t do any of this. It all comes down to the perfect flow of life. This is a big thing that I like about life. Sometimes you find big things where you don’t expect it. Things will come from a direction you didn’t expect it to come from, but you’ll never know unless you’re out there looking.”

At the end of every day, though, both Gabriel and Destiney emphasize their connection as the key to their message. “They always say don’t do business with family because it can be really stressful. It’s not as easy as people would expect it to be, but it’s ten times better in the end. We wouldn’t want to do it any other way. Everything we do every day, we stick together.”

“My grand hopes are to bring love and peace and balance to anybody that I can. If that’s the whole world, great. But if it’s just a few selected people, then that’s great, too. Just so long as I’m fulfilling my purpose on this earth.”