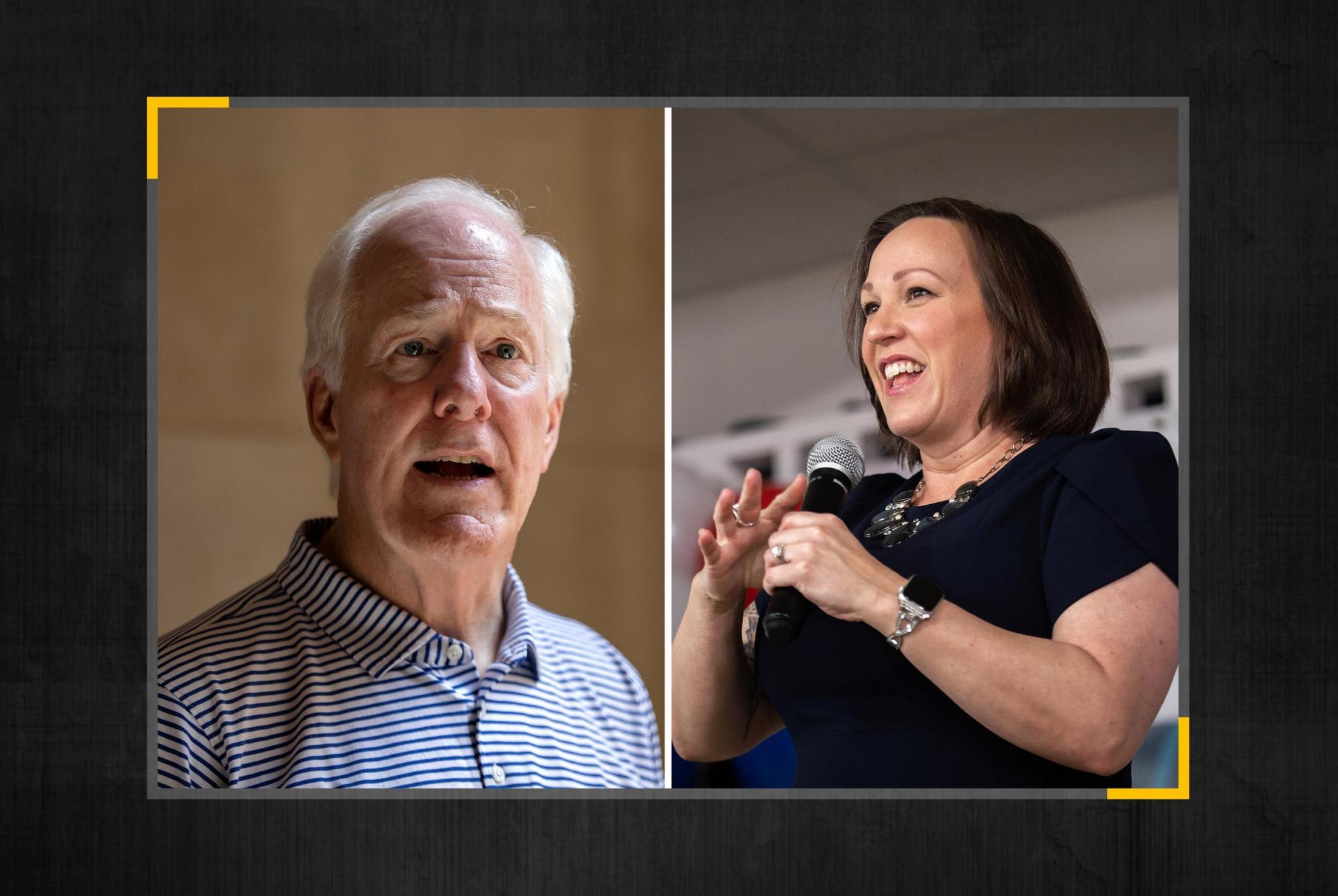 U.S. Sen. John Cornyn, R-Texas, and his Democratic challenger, MJ Hegar, are set for their first debate, though Hegar wants more and Cornyn has said he is open to additional debates.

Nexstar Broadcasting announced Tuesday morning that it would host the first debate Oct. 9 in Austin and broadcast it live on 15 stations across the state. The one-hour event, which will be held at the Bullock Texas State History Museum, will also be shown live online.

Hegar, though, used the announcement of the first debate to say she wants three total, each "televised statewide." She said she has agreed to the Oct. 9 debate as well as two others: one in October in Dallas, hosted by WFAA and airing on TEGNA stations statewide, and another in October, hosted by Spectrum News and also with a statewide reach.

"We all know John Cornyn hasn’t had to face the voters in some time, which is why Texans are counting on him to buck up and participate in three televised statewide debates ahead of the November 3rd election," Hegar said in a statement.

Cornyn said in an interview this month that he would debate Hegar "at least once, and I'm happy to do more." A Cornyn campaign spokesperson reiterated the sentiment in response to her challenge Tuesday.

"Senator Cornyn has agreed to debate MJ Hegar, and we look forward to considering other opportunities," the spokesperson, Travis Considine, said.

Their first debate will be moderated by Robert Hadlock and Sally Hernandez, news anchors for KXAN in Austin, as well as Gromer Jeffers Jr., a Dallas Morning News political writer.

The public posturing over debates has been much more muted than it was during the 2018 U.S. Senate race, when Republican incumbent Ted Cruz and Democratic opponent Beto O'Rourke spent months wrangling over the details. They ultimately agreed to three debates, though the second did not work out due to the battle over Brett Kavanaugh's confirmation to the U.S. Supreme Court.

The original article is located at https://www.texastribune.org/2020/09/15/john-cornyn-mj-hegar-debate/.