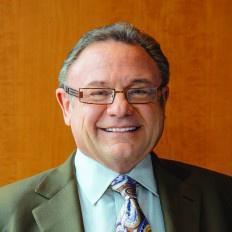 The Economist: An initial step forward

After agreeing not to support any new fossil fuel investments with public dollars after 2022, the G-7 has backtracked and decided to facilitate development of liquified natural gas (LNG) infrastructure. The G-7 provides a forum for leaders of the seven nations with the largest developed economies (as well as the European Union as a non-enumerated member) to discuss key issues and policies. Although this action is regarded as quite controversial by many, it’s the right move at a critical time.

Essentially, by supporting the LNG infrastructure, the decision helps transition natural gas into a global market rather than one controlled by the pipeline corridors on various continents. Natural gas can be liquified in places where it is plentiful (such as Texas), then shipped on tankers to be regasified for use in Asia, Europe, and other markets with insufficient supplies of their own.

The global LNG market has grown rapidly since its inception just a few years ago. In 2021, US LNG exports averaged 9.7 billion cubic feet per day, up 50% over 2020. Upon completion of planned projects along the gulf coast, export capacity will increase even further. China is one of the largest importers of US LNG, which is beneficial for reducing the reliance on coal, with South Korea being another major market.

From a geopolitical perspective, the G-7’s action dilutes Russia’s power over Europe through control of natural gas supplies. It can also help to even out pricing variations and meet pressing energy needs. LNG facilities are expensive, and using public resources to accelerate their development is both rational and essential.

While it’s imperative to deal with the climate crisis, it’s also crucial to be realistic about future energy requirements. In every scenario recently projected by the Energy Information Administration, oil and natural gas will be needed in greater quantities than today at least through 2050, even with the substantial deployment of renewables. Global economic growth is increasing demand, and developing economies require reliable power and affordable fuels in order to improve living standards and even subsist going forward.

The Russia invasion of Ukraine put an exclamation point on the incontrovertible fact that we cannot curtail the use of conventional fuels in the manner and at the pace that some might like. A key part of the solution to the very real climate dilemma is to responsibly deploy conventional fuels cleaner. Natural gas inherently involves low emissions, and also lends itself well to effective carbon capture.

Although the G-7 statement in support of LNG development is a step in the right direction and a “wakeup call” regarding the economic and geopolitical realities confronting the world, it is but a first step in a long journey. Stay safe.