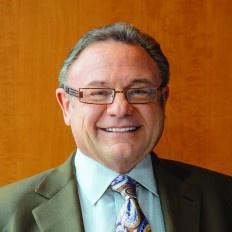 The Economist: This stuff matters!

CNBC regularly ranks the top states for business —  and the winner was…not Texas! The Lone Star State came in fourth after Virginia, North Carolina, and Utah, all of which compete aggressively and effectively for desirable corporate locations. While fourth is not terrible, it is worse than we normally fare in such listings.

More importantly, the details were eerily disturbing. CNBC evaluates 85 areas within 10 broad categories. Texas topped the rankings in the Workforce area, which is based on items such as educational attainment, net attraction of college-educated workers, concentrations in key skills, productivity, availability, and diversity. This segment is obviously important in that quality companies can’t consider locating in areas where labor resources are insufficient or inadequate. The state also compared well in Access to Capital (3), Economy (5), and Cost of Doing Business (10).

Unfortunately, two rankings stood out in a particularly jarring manner. One is Education, where Texas came in at 33. The category encompasses the number of higher education institutions and historically Black colleges and universities, as well as measures of K-12 outcomes. It also includes long-term trends in state support for higher education and spending for public schools. This area of weakness has long been recognized but is becoming more acute in light of enhanced employer demands and massive demographic shifts. It is naive to think that Texas can perpetually rank this low in Education and maintain the top spot in Workforce. Over time, insufficient commitment to educational excellence erodes living standards and workforce quality.

The worst performance was in Life, Health, and Inclusion, reflecting the effects of the pandemic and social trends and concerns. Texas was ranked an abysmal 49th. The related article specifically called out “policies that run counter to inclusiveness” such as current and proposed restrictions on voting and LGBTQ rights. The state’s underfunded public health system, nation’s highest rate of uninsured (exacerbated by the refusal to adopt Medicaid expansion), and low Covid-19 vaccination rate were also cited. We have studied all of these issues in detail and found that the economic stakes are in the hundreds of billions of dollars and hundreds of thousands of jobs (not to mention the sheer human dignity); many of these reports are available at perrymangroup.com.

The bottom line is that knowledge workers and, hence, high-growth companies are much less likely to locate in places which are not seen as inclusive and this tendency is increasing over time. This ranking is a compelling early warning signal that short-sighted, counterproductive policies risk eroding the progress over the past 30+ years in building Texas to be the most competitive economy in the country. It’s an unforced error that the state can ill afford. Stay safe!