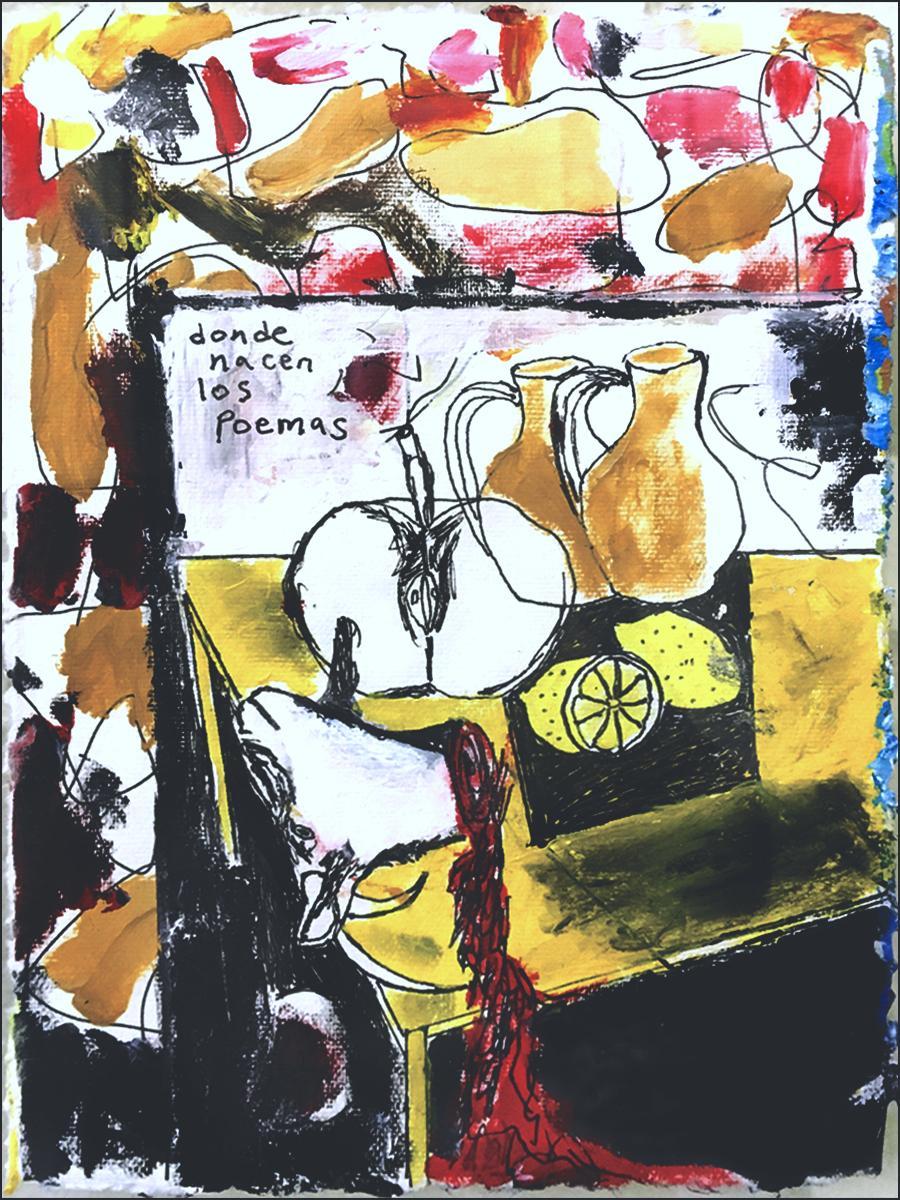 Centro Cultural Hispano de San Marcos will be celebrating Cinco de Mayo this Sunday, May 5, with an art exhibit reception that celebrates the works of two Hispanic-American artists that blend the surreal and tangible nature of poetry and the visual arts.

“Donde Nacen los Poemas”  or “Where Poems are Born” will feature the works of Octavio Quintanilla and Johnny Villarreal.

Quintanilla is the author of the poetry collection, “If I Go Missing” as well as the 2018-2020 Poet Laureate of San Antonio. He holds a Ph.D. from the University of North Texas and is the regional editor for Texas Books in Review and poetry editor for The Journal of Latina Critical Feminism. Quintanilla teaches literature and creative writing in the M.A./M.F.A. program at Our Lady of the Lake University in San Antonio.

Quintanilla began his FRONTEXTO project  –  a blend of the words “frontera” and “texto,”  meaning “border” and “text” – in 2018 as a way to commit himself more fully to his art.

Since Jan. 1, 2018, he has written a poem in Spanish every day accompanied with an image sketched out on a small Moleskin notebook.

“I decided to write in Spanish so I could think and feel in a language I am fluent in, but that I needed to practice,” Quintanilla said. “I wanted to become intimate with it and add more layers and nuances to the frontera Spanish I grew up speaking. Also, in these tumultuous times in the United States, where people are being attacked and discriminated against for speaking Spanish, I consider that writing it, and speaking it, is a way to resist anti-immigrant rhetoric and policies.” 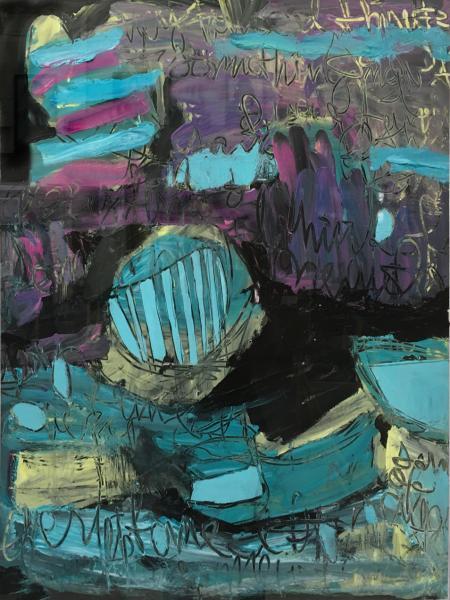 “Sometimes I Think” by Johnny Villareal.

A 2008 graduate of the Texas State School of Art and Design, Villarreal was a studio major with a concentration in painting. As part of his senior show he invented an interactive stop-action film installation which he continued to refine following graduation. Calling it “The Edge of Imagination Station,” he has taken it all over the Austin/San Antonio area inspiring children of all ages to create their own stop-action films. Villarreal has also applied his art background to teaching all forms of art to young people at schools and recreation programs, currently employed as art and media instructor at The Austin School.

The subtitle of Villarreal’s work in the show is “Impresiones Interiores” or “Interior Impressions.” His work explores the impressions that the external world makes on the inner self.

“The mixture of abstract and nonrepresentational imagery I produce is the artifact of my quest for understanding personal experiences, shared stories and internal conflict,” Villarreal said. “The process of pushing paint, scribbling phrases, and general mark making serves as a way to make something tangible out of the bits of story and internalized thoughts.”

The art exhibit reception will take place from 3-5 p.m. on Sunday at Centro Cultural Hispano de San Marcos, 211 Lee St. For more information about the exhibit, call Centro at 512-878-0640.