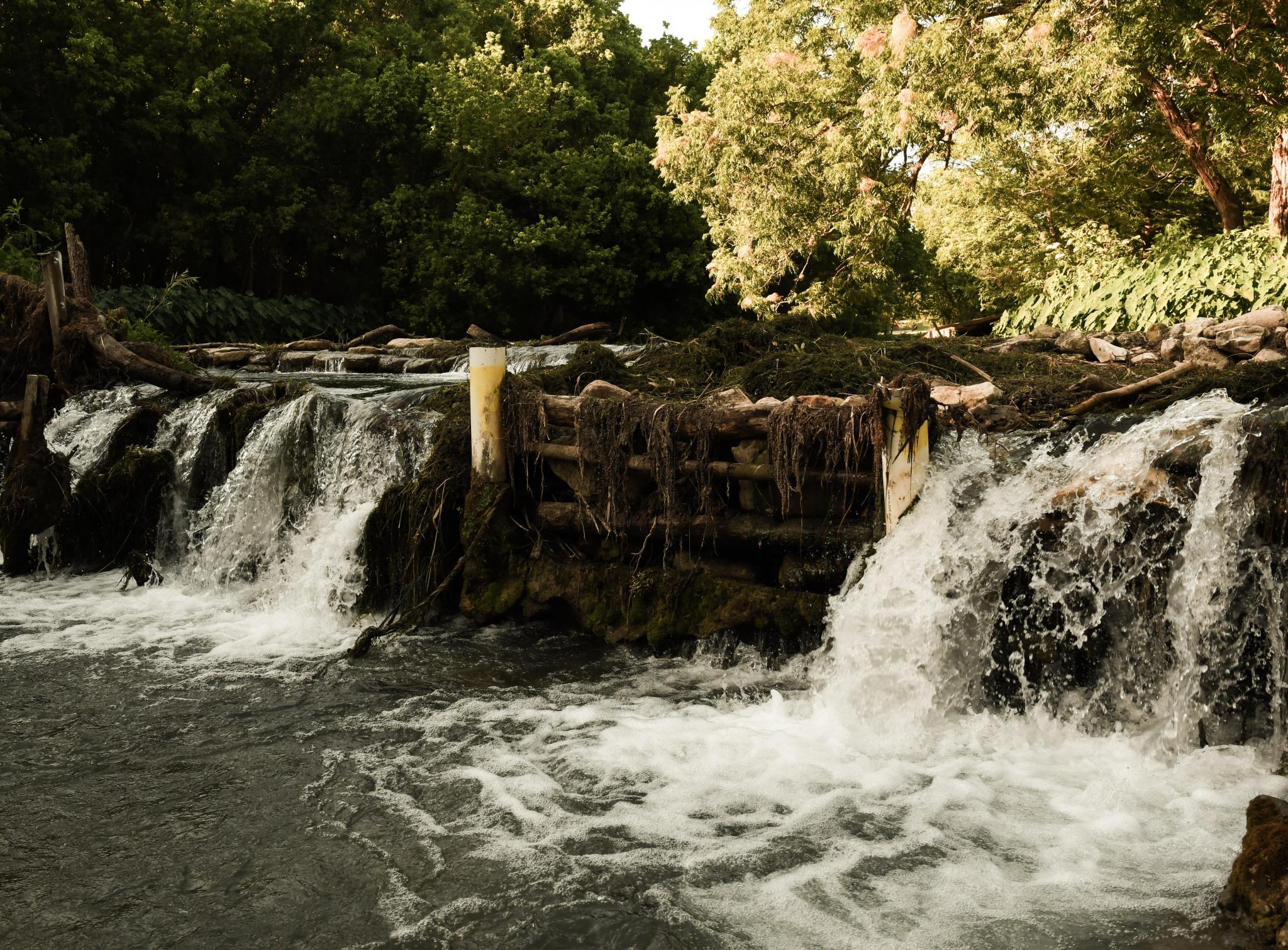 “Is destroying the park the correct way to thank someone for such a beautiful gift? We never thought then the preservation of the dam and mill race would some day be in question. This has become a huge regret for me.”

Fraye Stokes addressed the Historic Preservation Commission – (HPC) Thursday, reminding them of the gift she and her late husband John gave the city more than two decades ago — property which today is considered a historic site by many and includes local landmarks Cape’s Dam and the associated mill race.

Council chambers were packed with those in favor of preserving Cape’s Dam. Two of its commissioners and Dianne Wassenich, executive director of the San Marcos River Foundation, support removing it.

“The River Foundation owns 31 acres next to Cape’s Dam, donated to us last December, and full of what I consider very important artifacts that include cast iron, rock walls and structures that are very historic, as does the mill race,” Wassenich said. “Those kinds of artifacts can be found all around Rio Vista as well, which once had a dam and mill. So, it’s important to preserve these artifacts and use them to tell the story and of early irrigation in the area…and so on.”

But referring to Cape’s Dam, she called it a “rubble pile” in the San Marcos River, needing to be removed.

“It will disturb things to remove it, but you can’t build anything on top of a rubble pile,” she said. “If you want to rebuild the dam you’ll have to pour a new one, with steel and concrete in the river. Even if you get a permit, there are issues.”

Wassenich cited city rules put in place since the 2015 floods — strict guidelines regarding raising the elevation of the water near neighborhoods in flood-prone areas.

“Aside from that, the course of the river is being changed. One-third of the river is being directed to the mill race and the underpinning of the concrete around it is being washed away by flooding,” she added. “The water channels are also starting to cross underneath Thompson’s Island trying to wash it away. The overall problem is one that’s going to be very expensive.”

She also cited authorities from the U.S. Fish and Wildlife Service and Texas Parks and Wildlife favoring the removal of the dam, an offer made two years ago through the agency’s Fish Pass program that would have involved no local taxpayers’ funds. However, Drew Wells, assistant director of community services for the city, said support is no longer available from USFW because available grants have expired.

Wassenich’s objections were met with a barrage of pushback from organizations including Preservation Texas.

“In 2017, we included historic dams statewide on our Most Endangered Places list, inspired by the threat posed by the potential removal of Cape’s Dam,” Evan Thompson, executive director, wrote in a letter that was read aloud by Lila Knight, a former secretary of the organization.

“Local protection of Cape’s Dam and mill race will ensure that a significant chapter in the history of San Marcos will be preserved.”

The letter said the organization recognizes the outstanding advocacy efforts of local residents, the group Save the San Marcos Texas River and the Hays County Historical Commission —who have all worked to document and share the significance of the historic place.

“Historic dams, mill races and associated structures across Texas were essential for the development of early water-powered industries,” Thompson wrote. “While many continue to serve their original function, most have been lost, and those that remain provide important evidence of historic engineering practices and pioneer ingenuity.”

Thompson’s letter said the National Inventory of Dams lists approximately 7,400 dams in Texas, but that the list is considered incomplete because it only includes dams that equal or exceed 50-acre feet storage and exceed six feet in height.

Thompson suggested landmarking, protecting and preserving Cape’s Dam can provide a starting point for a constructive statewide dialogue between preservationists and conservationists about the future relationship between historic dams and vital, dynamic waterways.

Linda Jalufka, president of the Heritage Association of San Marcos, said the area gives every local resident a reason to love San Marcos and its unique heritage.

“We have a true treasure in Cape’s Dam,” she said. “It’s a feat of engineering using local stone with simple tools and it’s lasted more than 150 years. It needs to be studied and refurbished. I’d love to see Texas States’ construction engineering students involved in rebuilding (Cape’s Dam) as it once was.”

Linda Coker, chairwoman for the Preservation Advocacy Committee for the Heritage Association, said the historical significance of Cape’s Dam could not be denied.

“It’s one of the oldest structures in San Marcos – it’s the oldest existing structure on the river today,” she said.

But it was Stokes’ comments resonating most.

“In 1992 my husband’s health was failing, and he wanted to do something nice for the people of San Marcos,” she said. “So, he donated the park with the verbal understanding it would always be open to the public. He passed away later that year.

“We chose not to put the property on the National Historic Registry. At the time, we didn’t know the ramifications it would have by not doing so. Looking back, I regret it. If I had known then, by not doing so would create this issue, we would have certainly done so.”

In the end the Commission, by a 4-2 margin, agreed to begin a petition to look at the area as a local historic site.

Griffin said the HPC needed to initiate the petition since it’s a city owned property.

“There’s a lot of information we need to get before we can make a recommendation,” Spell added.

The next meeting is Oct. 4, when there will be a public hearing and a vote to make a recommendation either in favor or against landmark designation. If it passes HPC it would then go to planning and zoning and possibly council.