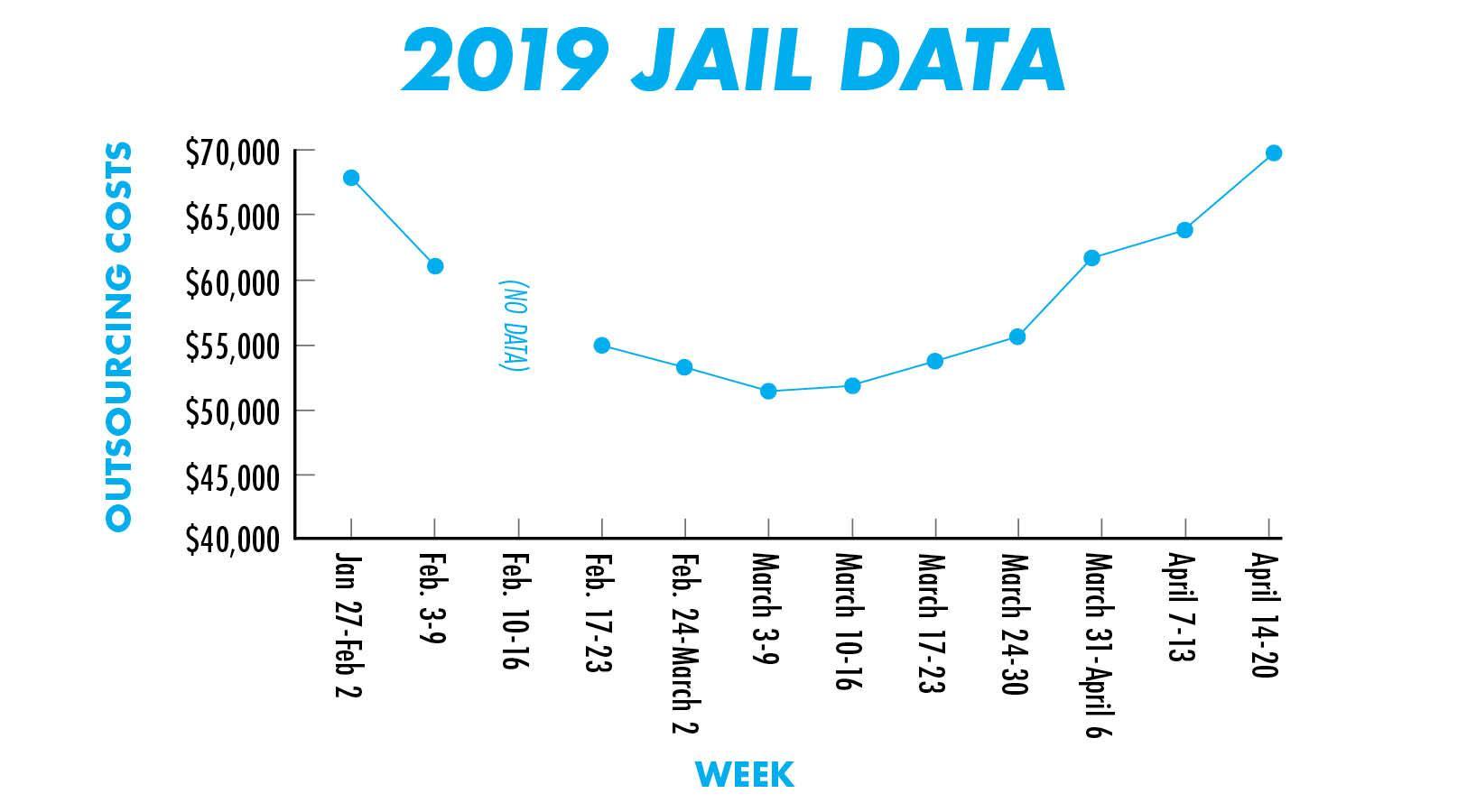 The cost of outsourcing Hays County inmates is still rising, according to the weekly report from the sheriff’s office. At the Hays County Commissioners Court meeting Tuesday, Hays County Judge Ruben Becerra read the weekly jail report that said a daily average of 202 inmates were outsourced for the week of April 14-20 at a cost of more than $69,000 – the highest cost recorded this year.

‘As you will note, it is climbing,” Becerra said.

Outsourced inmates for the week of April 14-20 were housed in facilities in Bell, Burnet, Caldwell, McLennan, Limestone and Walker counties.

The expanded Hays County Jail, which will provide more beds and thus some relief from outsourcing and its costs, has an estimated completion date of March 2020. The expansion will provide an additional 192 beds at the Hays County facility.

Currently, the jail’s maximum capacity is 362 beds, but state jail standards mandate that jails keep 10 percent of their capacity open, meaning the jail can hold 311 inmates. In its proposal for a bond to pay for the jail expansion and renovation, the county stated that the current jail was built in 1988 and was expected to meet the county’s needs for 20 years.