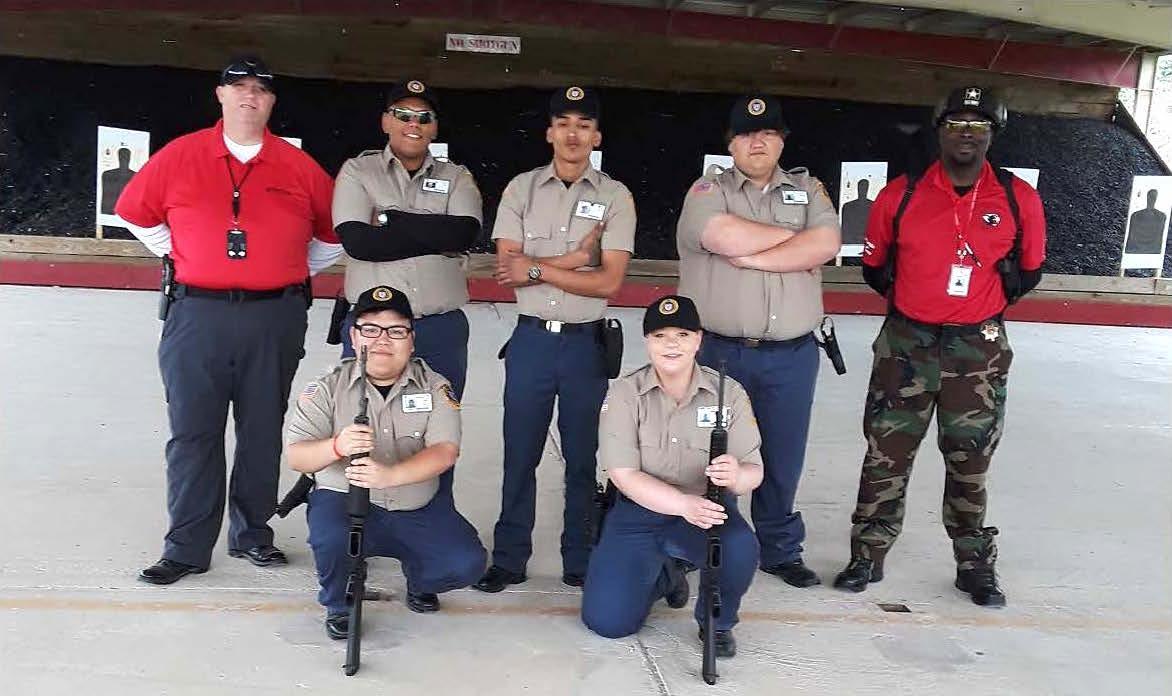 The elite program is only offered to cadets who have completed level 3 and scored a 243 or better in firearms qualification and pepper spray certifiction.

A bodyguard or PPO is a person who protects someone from assault, kidnapping, assassination, or other threats. Bodyguards are typically private security officers that are concealed arms certified and have expertise in unarmed combat.

Cadets that qualify for this class receive extensive firearm training in both semi-automatic and revolvers. Methods of shooting such as the center axis relock method or “castle” are introduced and practiced; additionally, an intro into the operation of the AR-15 rifle is provided. Advanced defensive tactics training that includes the use and defensive of edged weapons is provided to the cadets. To complete the course, cadets are required to pass both a written exam with a score of 75 or better, and a practice exercise of moving an instructor posing as a principal, while under duress to safety.

The Gary Job Corps Security Academy, known as the “PFC Kristian Menchaca Training Academy,” was named after a cadet who lost his life while serving in the U.S. Army as a military police officer in Iraq in 2003, and has been training cadets in corrections and security vocation since 2000.