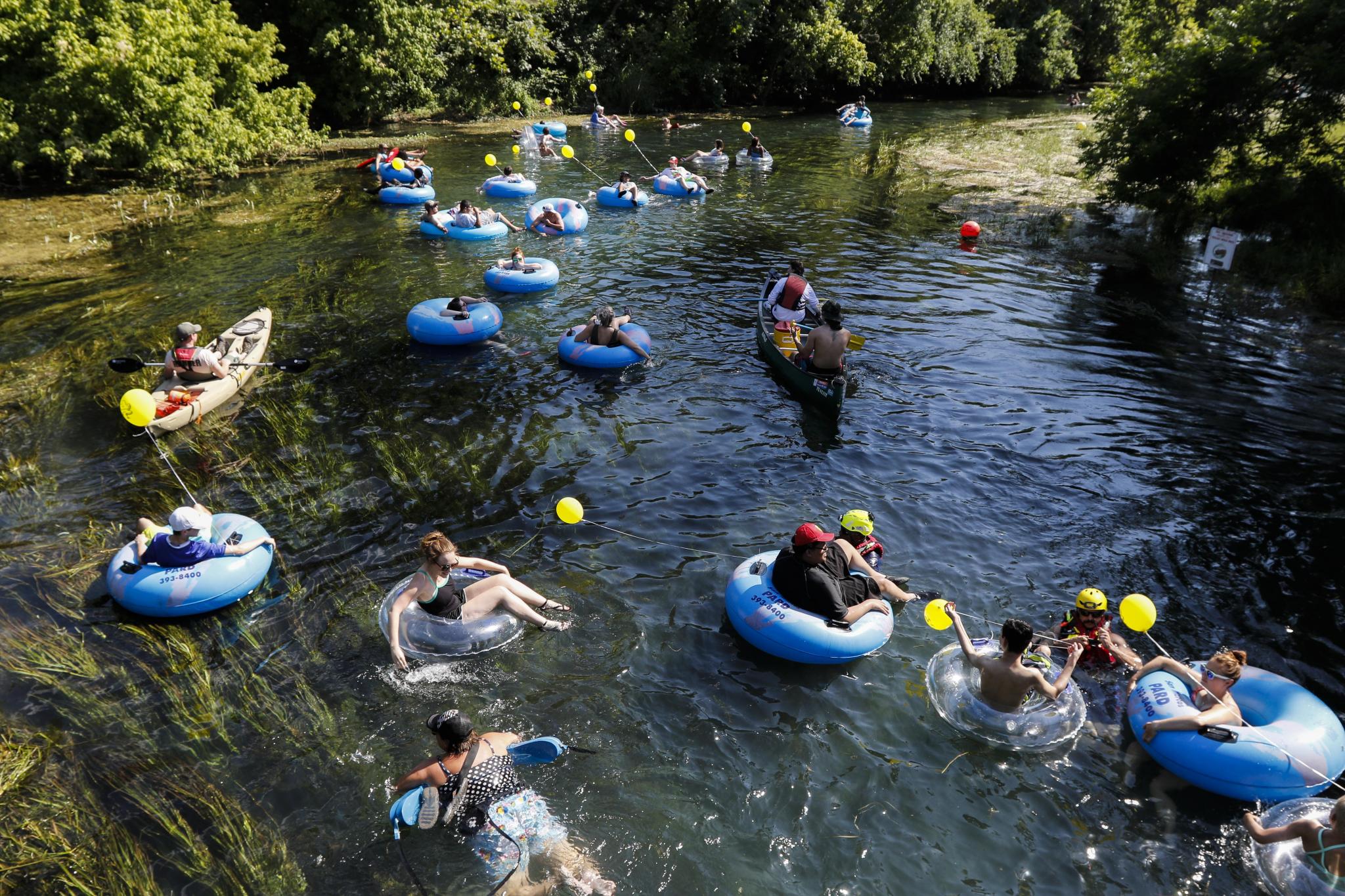 Efforts led by The Meadows Center’s Biology Field Crew, in partnership with the Edwards Aquifer Habitat Conservation Plan (EAHCP), have contributed to a 15 percent (or 1,300 m2) increase of the endangered Texas wild rice distribution in the San Marcos River this past year. Since the plan’s implementation in 2013, Texas wild rice has expanded an estimated 4,500 m2.

“Texas Wild Rice is only found in the San Marcos River, which is why it’s important to have a greater aerial coverage to protect the species from what may come in the future,” Chief Science Officer Thom Hardy said. “This past year we’ve been successful at expanding the species’ distribution laterally and longitudinally, which will hopefully help make it more resilient against unanticipated events and human influenced changes.”

The field crew, led by Hardy, is contracted through the EAHCP to rehabilitate aquatic habitats and conduct research to strengthen conservation efforts in the San Marcos River. Services provided by the field crew and other organizations involved in the EAHCP ensure the river meets federal standards.

“Texas Wild Rice will always remain significant ecologically because of its limited location and distribution on a global and regional level,” Hardy said. “We hope to preserve Texas Wild Rice for its own uniqueness as well as the other native species that utilize it for habitat.”

To maintain a healthy habitat for the river, the field crew continuously monitors non-native plants and native plants. Non-native species are removed by hand and sent to composting at Bobcat Blend, while native aquatic plants are grown in the Freeman Aquatic Building at Texas State. Once the native plants mature, they are replanted in the river.

“The community can help Texas Wild Rice thrive by being mindful to not walk through the rice, which could cause harm to the plants,” Hardy said. “I would also encourage our community to help teach others about the uniqueness of this system and why that is important.”

The field crew also provides opportunities for Texas State students to get hands-on experience in biology-related research, which allows them to apply materials learned in the classroom to real-world projects.

“I decided to attend Texas State University because of the unique aquatic ecosystem that originates right on campus, but not knowing exactly where I would go after achieving a degree,” said Chris Mullins, biology field lab student worker. “Being able to participate in the work that the field crew does has transformed my interest into a passion. I now know that I want to continue my education and find a career in conservation biology that will allow me to continue my efforts to preserve other amazing ecosystems and the wildlife within them.”

Habitat restoration is a tough job that needs constant attention. Individuals that are interested in volunteering with the field crew should contact meadowscenter@txstate.edu.

For more information about the EAHCP, view the 2017 Annual Report at www.eahcp.org/files/admin-records/NEPA-and-HCP/EAHCPAnnualReport2017v2_C... The EAHCP is done in partnership with the Edwards Aquifer Authority, the city of New Braunfels, the city of San Marcos, the city of San Antonio, the Guadalupe-Blanco River Authority, Texas State University, the Texas Parks and Wildlife Department and the U.S. Fish and Wildlife Service to ensure the protection of the federally listed species in the Comal and San Marcos Springs, while helping to ensure stability of the Edwards Aquifer as a water supply for the region.