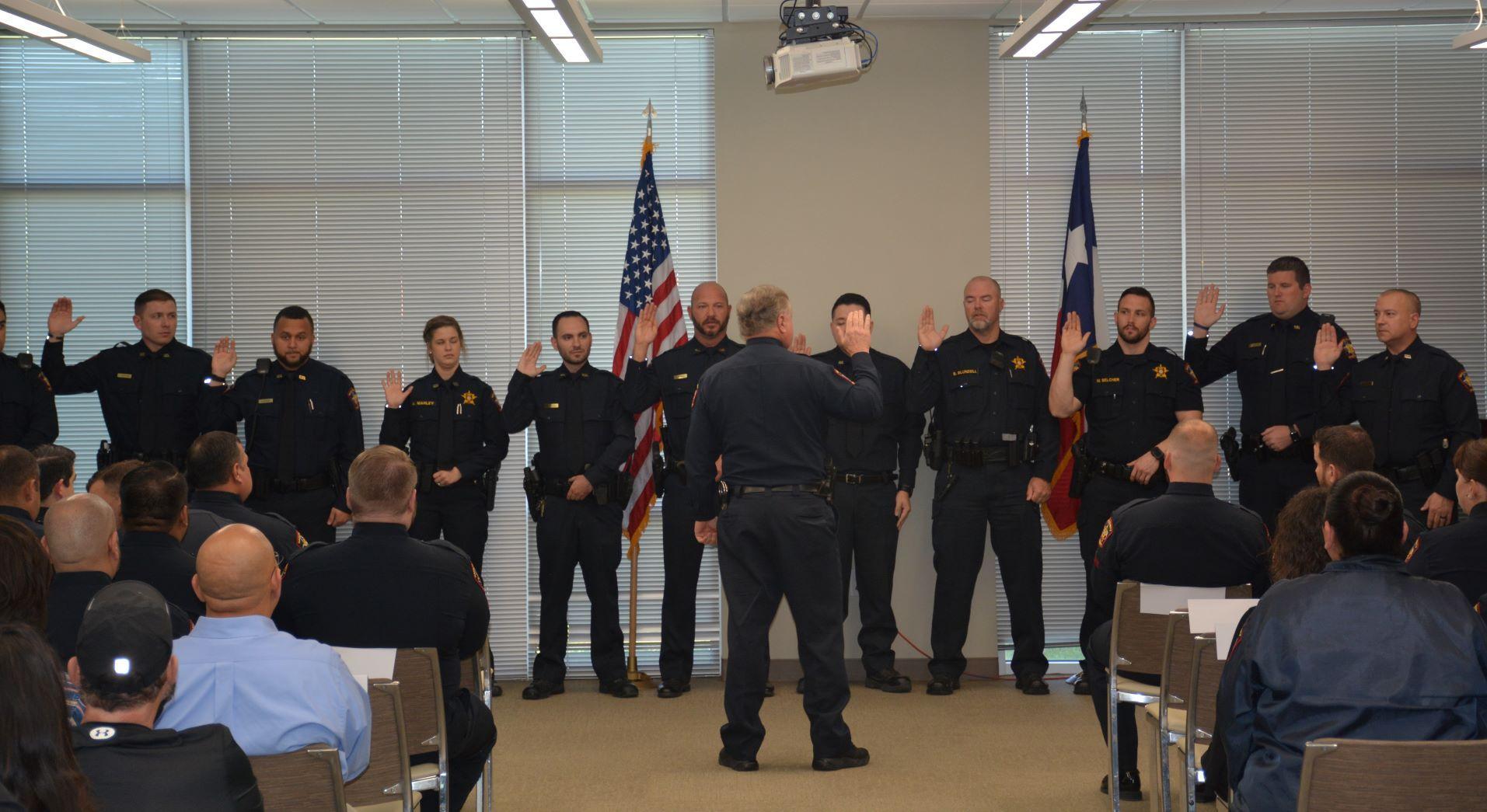 Hays County Sheriff’s Office deputies, and civilians, were recently recognized, promoted and sworn-in at an awards ceremony presided over by Sheriff Gary Cutler, who presented agency awards to the following employees:

During routine patrol duties, Deputy Ashley Martinez responded to a check welfare call and came into contact with an elderly female living in an impoverished neighborhood. She learned the lady had no family or friends and was in poor health. While on duty, Deputy Martinez took it upon herself to periodically check in on her. In addition, on her days off, Deputy Martinez would make phone calls to check on the woman’s welfare and used her personal time to take the elderly lady to lunch and other functions to get her out of the house. Although the elderly woman’s health continued to decline, her spirts improved due to Deputy Martinez’ interactions with her. Deputy Martinez’ actions is an exceptional example of community policing and is therefore awarded the Community Service Award.

On Feb. 17, 2018, officers were extracting an inmate from his assigned living area. Officers learned the inmate had barricaded his cell to prevent officers from entering. During the extraction, the inmate became assaultive by punching toward officers and resisting their attempts to gain control. Corporal Ontiveros suffered a broken fibula during the extraction. For his injuries, Ontiveros is awarded the agency Purple Heart for his injuries suffered in the line of duty.

Lt. Smith served honorable with the Hays County SWAT Team from June 2007 until March 2018. During his time on the team, he served as an assaulter, assistant team leader, assault squad team Leader and sniper team leader. Lt. Smith was instrumental in the development of the Hays County SWAT Team. He became one of the primary instructors for the team, developing young SWAT Officers into proficient SWAT operators. He was on call 24/7 for emergencies. He worked as a primary trainer for the team, making sure training was prepared and relevant. He prepared, participated or supervised the preparation of hundreds of tactical operations. Lt. Smith was one of two Team Leaders on the scene of a vehicle hostage rescue conducted by the team in November 2013. His decisive actions in launching the assault lead to the successful hostage rescue of the female victim, saving her life. In January, 2017, Lt. Smith launched the team into action against a hostage taker who was believed to be harming her young daughter who she was holding hostage. Lt. Smith was among the first operators inside the residence once the crisis site was breached. He located the deceased victim and immediately restricted entry into the room. He took charge and ensured the scene was not disturbed while making sure the suspect was treated fairly. Lt. Smith is awarded the Meritorious Service Medal for his dedication to duty as a member of the Hays County SWAT Team. His professionalism, decisiveness and valor in the face of grave danger reflect great credit upon himself, the Hays County SWAT Team and the Hays County Sheriff’s Office. 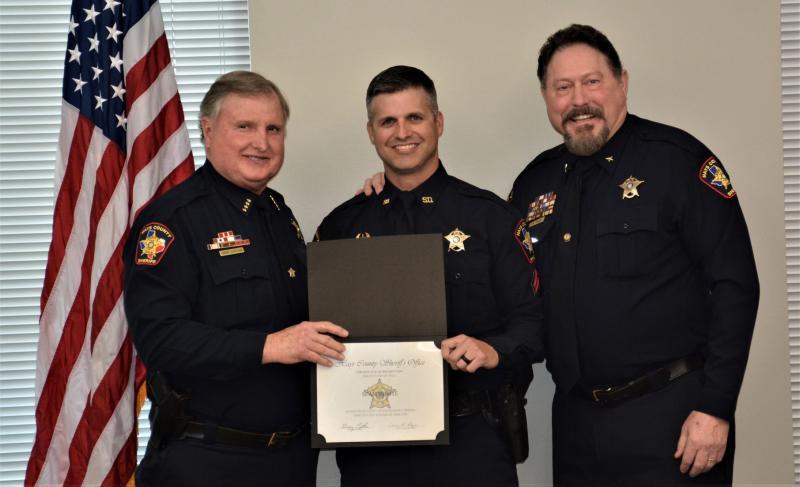 The following Corrections Bureau employees were promoted by Sheriff Cutler to their new rank:

The following Law Enforcement Bureau employees were promoted to their new rank: 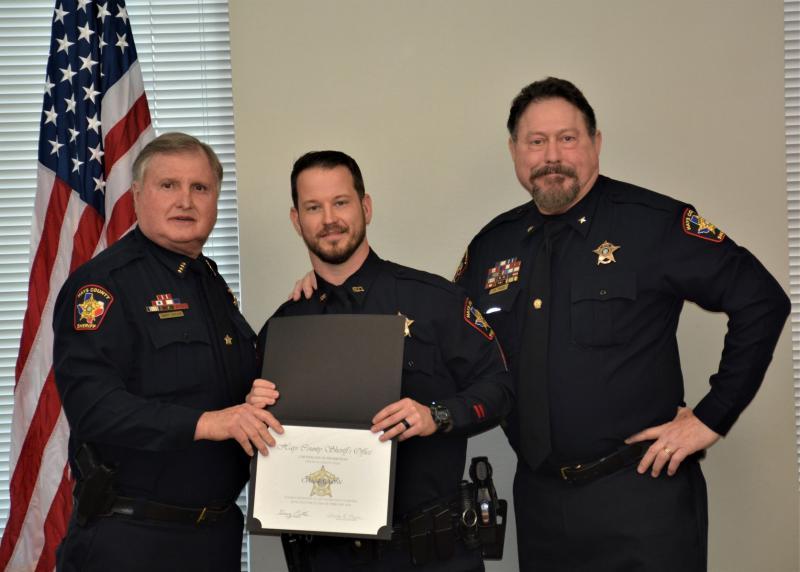 The following civilians were promoted:

The following Deputies were sworn in:

Cutler extended his deepest appreciation to all those who received promotions and awards and to his entire staff for the outstanding work that they do on a daily basis.