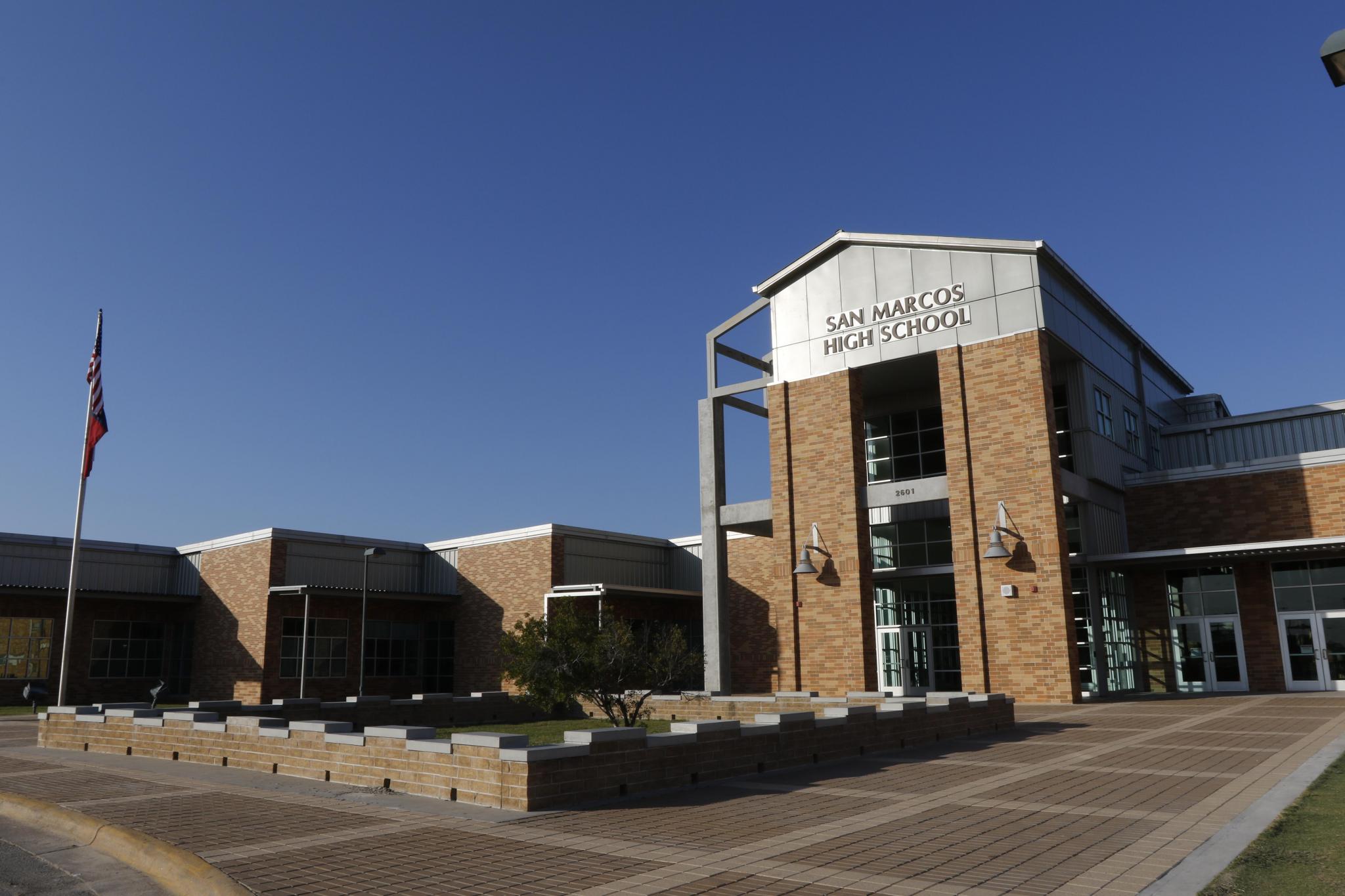 San Marcos CISD has taken a proactive approach to school safety this school year by adding resources like a Social Emotional Counselor for students, parents and staff, as well as security fencing around the high school campus. Daily Record archive photo by Denise Cathey

What does it mean to be safe at school?

Officials with San Marcos CISD believe they have the answer. As classes begin Monday, students will see some changes, albeit subtle. Subtle, because the district has taken a proactive approach to school safety that predates many of the tragedies that made headlines during the previous year.

One of the most significant changes will be the addition of a Social Emotional Counselor.

Their role is to provide guidance and support for students to address their personal challenges, social skills and academic achievement. The social emotional counselor will provide training and support services for parents and staff.

“This is simply the district having a conversation with its students,” said Andrew Fernandez, executive director of communications at SMCISD. “Every secondary campus will have a special counselor, including a director overseeing the district.”

Fernandez said if a student is upset and needs to speak with someone, they can speak with the specialized counselors, before they feel the need to lash out.

Students still have access to the “Stop It” application. The app, put in place last year, enables students to report anything anonymously to administration deemed necessary.

“It was a lengthy process for our employees as law enforcement officials taught teachers and staff what to do in the event of a lock down, lock out, or a shelter in place scenario,” Fernandez said. “The feedback was phenomenal. The partnership with SMPD is a great asset for all of our campuses and it creates a safer environment both our students and faculty.”

The last new addition will be the creation of a security fence around the high school campus.

Jay Wesson, director of facilities for SMCISD, gave an informational presentation to the district’s board of trustees in July about the proposed fence.

“It would keep our students enclosed in the campus,” Wesson said.

The fence will have two electric gates and one swinging gate and would cost an estimated $55,000. Construction is scheduled to begin in October.

Abbott’s plan includes active shooter and emergency response training based on the program developed in Hays County with the Texas State University ALERRT program, (Advanced Law Enforcement Rapid Response Training) and the Texas School Safety Center based at the university.

The plan also includes improvements in the infrastructure and design of Texas schools to prevent threats and steps to allocate $62.1 million in new federal funding for immediate school safety improvements, including school hardening, mental health program implementation and increased patrols on campuses.

The SMCISD has already taken steps like implementing the ALERRT Standard Response Protocol.

“We’ve incorporated many different safety protocols and technologies throughout the district,” Fernandez added. “We’re thankful for the partnerships we have with law enforcement and we hope it makes our families feel better.”